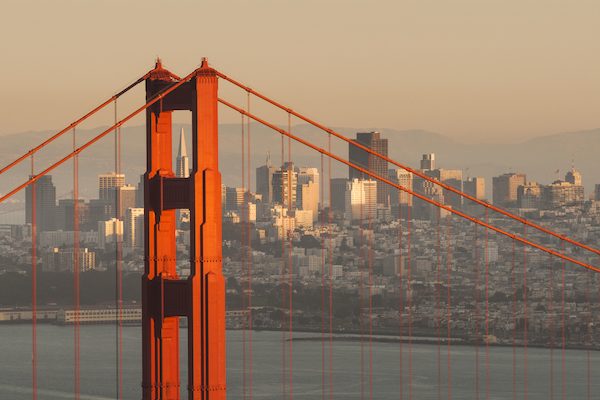 Over the past couple of months, FIRE and others submitted public comments to the California Community Colleges Board of Governors opposing proposed regulations that would add diversity, equity, inclusion, and accessibility criteria to evaluation and tenure review for all faculty. FIRE was among multiple commenters to argue the proposed regulations threaten faculty members’ First Amendment rights and academic freedom.

In late May, the chancellor’s office responded to the comments, defending the proposed regulations against this wave of criticism. But that response does not allay FIRE’s concerns.

The regulations would direct CCC’s chancellor to “adopt and publish a guidance describing DEIA competencies and criteria” to be “utilized in community college district performance evaluations of employees and faculty tenure reviews.” The proposed regulations further state that the “evaluation process shall provide employees an opportunity to demonstrate their understanding of DEIA and anti-racist principles, including how the employee has operationalized DEIA in the performance of their job responsibilities.”

Our comment expressed concern that the proposed regulations would require “faculty members to affirm certain perspectives on disputed political and ideological issues and to embed those perspectives in their academic activities.” That would infringe faculty members’ free speech and academic freedom rights guaranteed by the First Amendment.

The board of governors issued a modified proposal on May 5, but, as FIRE explained in a second public comment, the revisions did not redress the constitutional deficiencies of the original proposal.

In its response to FIRE’s comments, the chancellor’s office incorrectly claims that academic freedom does not apply to the office or to the board of governors because neither “stands in an employment relationship with faculty.” According to the chancellor’s office, academic freedom only “protects faculty members from reprisal by their community college district employer, to the extent the employer has a policy or collective bargaining agreement codifying those protections.”

That is news to FIRE, and would be as well to the U.S. Supreme Court, whose landmark decisions declaring academic freedom a First Amendment value involved state actors who stood in no more of a direct employment relationship with faculty than do the CCC chancellor’s office or board of governors. In its 1957 decision in Sweezy v. New Hampshire, the Court held a state attorney general’s attempt to compel a professor to answer questions about his suspected affiliations with the Communist Party violated the First Amendment, declaring that faculty and students “must always remain free to inquire, to study and to evaluate, to gain new maturity and understanding” without facing retribution.

Our Nation is deeply committed to safeguarding academic freedom, which is of transcendent value to all of us and not merely to the teachers concerned. That freedom is therefore a special concern of the First Amendment, which does not tolerate laws that cast a pall of orthodoxy over the classroom. . . . The Nation’s future depends upon leaders trained through wide exposure to that robust exchange of ideas which discovers truth “out of a multitude of tongues, [rather] than through any kind of authoritative selection.” [Emphasis added.]

While it is helpful when academic freedom protections are codified in institutional policy or a collective bargaining agreement, they don’t need to be in order to have force at a public college or university. The First Amendment provides an ironclad backstop that protects those rights.

In fact, the distance between the faculty and the board — and the uniform, top-down nature of the regulations, which apply globally to the entire CCC system — only make the academic freedom violation more egregious. As FIRE notes in a new report on the use of DEI criteria in faculty hiring and evaluation, “Blanket, university-wide policies are not tailored to a given department’s academic goals and are less likely to be the product of a bona fide academic judgment.”

The chancellor’s office further asserts that “academic freedom is not absolute. Courts have held that a university can ‘make content-based decisions when shaping its curriculum.’” The office cites Edwards v. California University of Pennsylvania, an outlier case out of the U.S. Court of Appeals for the Third Circuit. In Edwards, the university suspended a professor for using materials and lectures to advance religious beliefs in a class intended to focus on educational media, i.e., how teachers could effectively use classroom tools such as projection equipment and chalkboards. The Third Circuit held the professor did “not have a constitutional right to choose curriculum materials in contravention of the University’s dictates.” (The chancellor’s response also refers to a California case citing Edwards, but that case arose in the K-12 context, where First Amendment protections for educators are weaker than in higher education.)

If these regulations did not violate academic freedom, then neither would a hypothetical regulation requiring faculty to reject the positions that the proposal mandates.

But it doesn’t follow that just because a university can ensure its faculty actually teach the assigned subject matter, it can also require faculty to adopt or endorse particular views in the classroom. This is a key legal distinction. Such a viewpoint-based mandate would run afoul of the Keyishian Court’s explicit prohibition on laws that “cast a pall of orthodoxy over the classroom.” As the Supreme Court explained in Rosenberger v. Rector and Visitors of the University of Virginia, “It is precisely this element of taking sides in a public debate that identifies viewpoint discrimination and makes it the most pernicious of all distinctions based on content.”

That “pall of orthodoxy” language from Keyishian was quoted by the U.S. Court of Appeals for the Ninth Circuit — whose decisions, unlike the Third Circuit’s, are binding on CCC — in Demers v. Austin, which held that a professor’s academic writing was protected by the First Amendment. Demers makes clear that all faculty speech “related to scholarship or teaching” is insulated from regulations that attempt to impose a “pall of orthodoxy over the classroom.” That means viewpoint-based government regulation of faculty speech in or outside the classroom is impermissible. Add to that a decades-old body of Supreme Court case law prohibiting compelled endorsement of viewpoints or ideas.

Finally, the chancellor’s office claims the “proposed regulations provide a framework for what local districts should consider when enacting evaluation and tenure review policies and procedures,” suggesting the regulations are constitutional because they grant individual community college districts broad discretion to set evaluation and tenure criteria. But this response ignores that the regulations cabin that discretion within ideological boundaries, mandating that the districts establish “cultural competencies” to require that faculty endorse and apply ideas like “racial equity,” “intersectionality of social identities,” and “axes of oppression” faced by members of “minoritized groups.”

If the proposed regulations go into effect, they will jeopardize the rights and freedoms of thousands of faculty.

If these regulations did not violate academic freedom, then neither would a hypothetical regulation requiring faculty to reject the positions that the proposal mandates: Faculty are required to achieve the “cultural competency” of “acquiring and utilizing knowledge of overemphasis on social group identities and the  extensive progress that society has made to eliminate barriers to people from different racial, ethnic, and other minoritized groups.” The truth is, both versions of any such “cultural competency” impinge on academic freedom, and FIRE would oppose either of them.

A number of other organizations and individuals joined FIRE in criticizing the proposed regulations as inconsistent with the First Amendment and academic freedom. In fact, most of the submitted comments opposed the regulations. For example:

Even organizations strongly supportive of DEIA, such as the Butte College Educators Association, criticized the proposed regulatory action, arguing it “unacceptably intrudes into the academic freedom of teaching faculty,” who, as experts in their disciplines, “know best whether explicit curricula will work for their subject matter, or whether they can support/teach DEIA principles through particular instructional methods or strategies.”

Unfortunately, these comments did not move the chancellor’s office. If the proposed regulations go into effect, they will jeopardize the rights and freedoms of thousands of faculty. The 1.8 million students enrolled in CCC’s 116 colleges will undergo classroom instruction by faculty pressured by these new regulations to provide but a single perspective on one of the most hotly debated issues in our society. That isn’t education — it’s indoctrination.