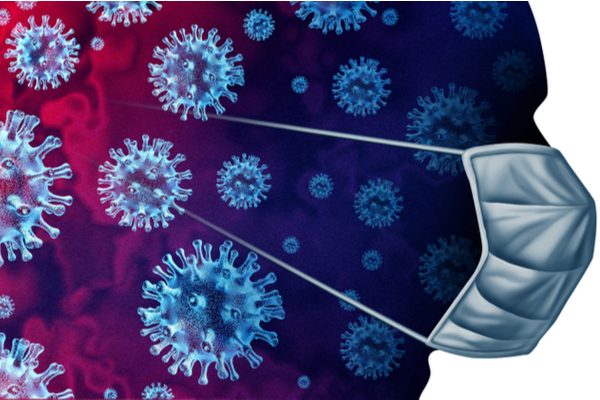 Is a request from an administrator an attempt at persuasion? At what point does a request effectively become an order? Administrators should be cognizant about the potential for confusion and overreaction if they do not clarify the force with which they’re approaching a faculty member. A recent incident at the University of Dallas reinforces why administrators must clearly communicate to faculty and students the precise limits of their authority.

The conflict began when William Atto, an associate professor in the history department at the University of Dallas, used the term “China Virus” to describe COVID-19 in his syllabus. The term became a source of controversy when President Donald Trump referred to COVID-19 as the “Chinese virus” in March of 2020. This is not the first time an academic has gotten into trouble for using similar terms on a syllabus: A Syracuse professor was placed on leave after he referred to COVID-19 as the “Wuhan Flu or Chinese Communist Party Virus” in his syllabus under the section detailing Syracuse’s COVID-19 policies. After a five-month battle with the university, he was reinstated.

Atto’s syllabus, which was distributed to students on Aug. 25, 2021, included language that referred to the “China Virus” under the class’s policies and procedures. The same day, a University of Dallas alumna posted in an alumni Facebook group raising concerns about the language, according to The University News.

“A student that I mentored and recruited to attend UD was confronted with this,” the alumna wrote. “This is an Asian student who now feels unwelcome at our alma mater.”

Screenshots of the syllabus circulated on social media, with the school’s Asian Student Association criticizing the use of the term as promoting discrimination against Asian students.

Phillip Harold, the newly appointed dean of the Constantin College of Liberal Arts, reached out to Atto and asked to speak with the professor over the phone about the use of the term. During the call, according to Atto, Harold asked Atto to revise the syllabus. He described the revision as a “personal favor” and alluded to the potential for a civil rights complaint from a student. Harold also requested that Atto include a note that his use of the term in the syllabus was a violation of a university directive, which Atto said he had not seen or heard of at that point.

It is incumbent upon any dean, or anyone acting in a position of authority in an administrative role, to act knowing that the weight of potential disciplinary action or investigation is behind them when they ask something of a faculty member.

Wanting to avoid further conflict, Atto considered the situation, and decided to comply with the dean’s request. He sent out a revised syllabus to his class with a note: “It has come to my attention that the syllabus I handed out yesterday had language regarding Covid that was inconsistent with University of Dallas policy, so I have attached a revised syllabus to bring [it] into accord with that policy.”

Atto was not facing any discipline, or at least his revision of the syllabus avoided the need for any potential discipline.

Despite Atto’s capitulation bringing about what appeared to be a resolution, increased media coverage has prolonged the discussion of the situation.

Atto’s department chair, Professor Susan Hanssen, has been outspoken in defense of Atto’s academic freedom rights. She wrote an op-ed defending free speech and stating that no student had approached her with a complaint, and that she was unaware that there was an official policy on referring to COVID-19:

As chair of the History Department, it was news to me — and likely all faculty — that the university has a policy on referring to COVID. If it does in fact have such a policy, it certainly was not circulated before faculty drafted their syllabi in August.

As the chair of the History Department, I can also testify that no actual student ever approached Professor Atto with their concern. If they had, they might have discovered that this was a downright decent human being — a pro-life, Christian family man who has dedicated his life to teaching young people about history.

It is understandable that a new dean would seek to avoid controversy during his first full semester in the position. But it is incumbent upon any dean, or anyone acting in a position of authority in an administrative role, to act knowing that the weight of potential disciplinary action or investigation is behind them when they ask something of a faculty member. To do otherwise may cause a chilling effect because of the inherent understanding that failure to adhere to a dean’s request could result in disciplinary action.

Additionally, the university should have clarified its stance on referring to COVID-19. Atto’s use of “China Virus,” while interpreted as offensive by some, could also be interpreted as simply a reference to the virus’s origins, or to the potential responsibility of the Chinese government for the pandemic. A policy banning this sort of term would be at odds with a university’s promises of free speech or academic freedom, and of course FIRE would defend a professor’s rights to use such language even if there were a policy against it, as long as the school is public or promises its faculty academic freedom.

University of Dallas and other colleges would be wise to consider this situation a forewarning of the problems that can and will arise from administrative ambiguity.