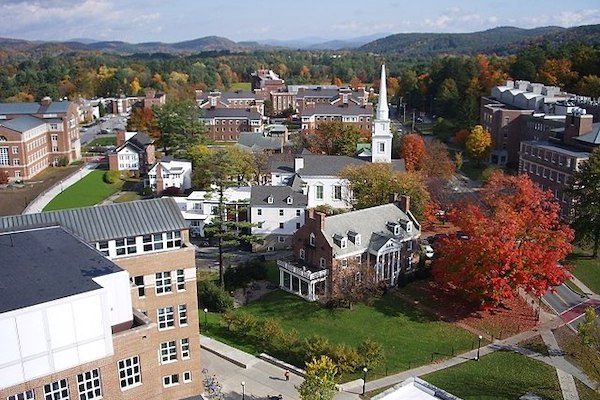 On Sunday, The New York Times relayed troubling student accounts of how Dartmouth College’s Geisel School of Medicine has handled the misconduct cases of at least a dozen students caught up in a controversial online cheating scandal — one experts have said appears in many cases to have been premised on faulty data that does not show definitive evidence of cheating.

If the allegations against Dartmouth are substantiated, students at the elite New Hampshire school — particularly graduate students in professional programs — should be wary that if they are accused of misconduct of any kind, they may not receive due process.

The students in the Geisel scandal were accused of accessing course material through the school’s learning management system, Canvas, while taking a closed-book online test. FIRE and the Electronic Frontier Foundation first wrote to Geisel’s dean, Duane Compton, in late March, relaying EFF experts’ concerns that the data logs Geisel claimed to show definitive evidence of cheating, did not. Instead, EFF said, other devices students had previously used to access Canvas were likely still passively syncing with material they studied — even if those devices were not in use during exams.

“EFF’s research indicates that any device through which a student is logged into the e-curriculum platform will continue to make connections to that platform using automatic syncing,” wrote EFF’s Senior Staff Technologist Cooper Quintin in our joint letter. This process happens “even if that device is locked and not in use.”

Dartmouth finds itself mired in a controversy of its own making.

FIRE warned Geisel at the time that it must thoroughly review the evidentiary basis for any student punishment and ensure it provided due process to all accused students.

The Times’ report appears to confirm FIRE’s suspicions that that did not happen.

In our letter to the school late yesterday (FIRE’s third since the controversy first came to our attention this spring), we detail fresh concerns about the students’ claims, including that they were given less than 48 hours to prepare a defense to the charges against them. These charges, we noted, were “founded on complicated and highly technical evaluations of access logs,” and giving students such a short time to prepare a complicated defense does not even begin to approach procedural fairness:

Students are unlikely to have the expertise to evaluate either the evidence itself or, more broadly, Geisel’s theory that an access log evidences purposeful access of particular information. That they must either do so themselves or locate an expert to do so within such a short duration places them at an appalling procedural disadvantage.

Geisel appears to have further stacked the deck against students by failing to provide complete data logs that would show the full picture of how a student’s devices accessed Canvas over time. Pings of material related to test questions during the test might more strongly suggest active cheating; pings of irrelevant information at regular intervals would suggest otherwise. But Geisel seems to have given students only cherry-picked data rather than the full logs, which could exonerate them.

Why is Geisel unwilling or unable to provide the evidence that would give an accurate picture of what actually transpired?

It’s a question we have now asked Dartmouth to answer directly.

As Dartmouth doubtlessly revisits its due process policies in the coming days, it must commit to basic fairness for students accused of wrongdoing.

We also asked why the college appears to have recently password-protected many of its due process policies. Of course, doing so conveniently hides them from the scrutiny of the public and prospective students who might be curious whether they will have rights — and what those rights might be — if they matriculate at Dartmouth.

Had Dartmouth conducted a trustworthy process for adjudicating alleged misconduct, it could have rooted out suspected cheaters with confidence. Instead, because of due process failings, Dartmouth finds itself mired in a controversy of its own making.

As Dartmouth doubtlessly revisits its due process policies in the coming days, it must commit to basic fairness for students accused of wrongdoing. This includes implementing the kinds of basic procedural safeguards we all recognize as leading to fair and trustworthy outcomes for accused students: a presumption of innocence, timely and adequate written notice of the charges against them, adequate time to prepare a defense with access to relevant evidence, impartial fact-finders, a meaningful hearing and appeal process, and other very basic procedures to ensure fairness.

These standards give both the institution and the student confidence that a just result was reached.

We have provided Dartmouth a May 21 deadline to respond to FIRE’s concerns.

Are you a Geisel student accused of online cheating and denied due process?

We’d like to hear from you. Submit a case to FIRE at thefire.org/alarm.