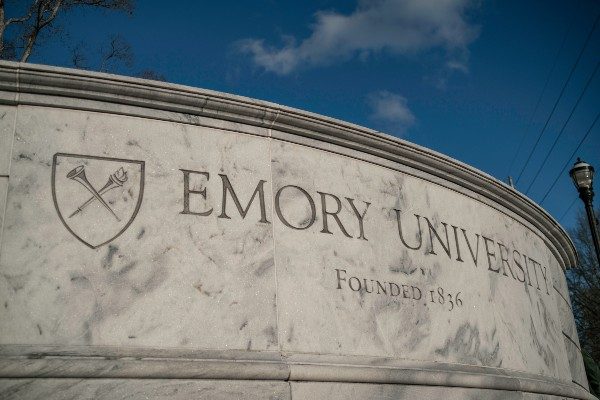 Today, the Foundation for Individual Rights in Education called on Emory Law to promptly process the Emory Free Speech Forum’s application for a charter. FIRE first wrote to the school on Nov. 1 and received no response.

“The rejection of the Emory Free Speech Forum exemplifies the exact reason why this club must exist,” said Michael Reed-Price, president of EFSF. “Emory Law School’s Student Bar Association values free speech only so long as the ideas are in line with their viewpoint. The SBA need not agree with our ideas, they must merely tolerate our right to express them.”

Emory University is one of the few institutions in the country to earn a “green light” rating from FIRE for its speech-protective policies. Seeking to bolster this commitment to free speech, EFSF is a non-partisan student group “devoted to fostering critical discourse and open dialogue surrounding important issues in law and society.” In October, the group applied for a charter from the SBA, which would allow EFSF to seek university funding and use university resources.

EFSF satisfied all criteria for recognition. However, several SBA members objected to the speakers the group sought to host, the group’s decision to forgo moderators for its discussion-based events, and the group’s perceived similarity to the Federalist Society and the American Constitution Society.

The SBA ultimately rejected EFSF’s application, citing the “nature of this group” and speculating that EFSF’s discussions “will likely give rise to a precarious environment – one where the conversation might very easily devolve.” The SBA admitted it was “hesitant to issue a charter when there are no apparent safeguards in place to prevent potential and real harm that could result from these discussions[.]”

“The only ‘harm’ here is the SBA abusing its authority to deny these students their free speech rights,” said FIRE Senior Program Officer Zach Greenberg, who wrote FIRE’s letters to Emory Law. “At Emory Law, future lawyers are apparently taught that it’s fine to use government power to punish groups they dislike — the freedom of expression be damned.”

SBA’s denial of a student group based on its viewpoint contradicts Emory’s Respect for Open Expression Policy, which affirms “an environment where the open expression of ideas and open, vigorous debate and speech are valued, promoted, and encouraged.” The SBA also blatantly flouts Emory’s commitment to “not deny recognition to an organization because of disagreement with its mission or the viewpoints that it represents.” Without recognition, a student group cannot reserve university space, request funds from the SBA, or function as a viable campus organization.

“Rejecting every student group that is potentially offensive will yield a sterile and silent student body,” Greenberg said. “We call on Emory Law to promptly recognize the Emory Free Speech Forum.”

EFSF plans to submit a complaint to the Emory Open Expression Committee.