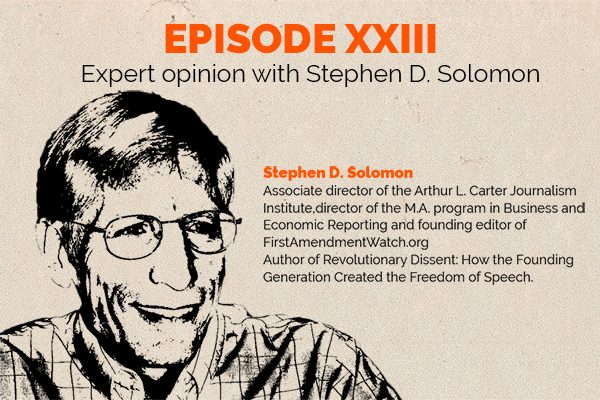 The First Amendment of the United States Constitution was adopted as part of the Bill of Rights in 1791. This “great bulwark of liberty” provides:

Congress shall make no law respecting an establishment of religion, or prohibiting the free exercise thereof; or abridging the freedom of speech, or of the press; or the right of the people peaceably to assemble, and to petition the government for a redress of grievances.

In this conversation with NYU professor Stephen Solomon, we explore the origins and drafting history of the First Amendment, including: