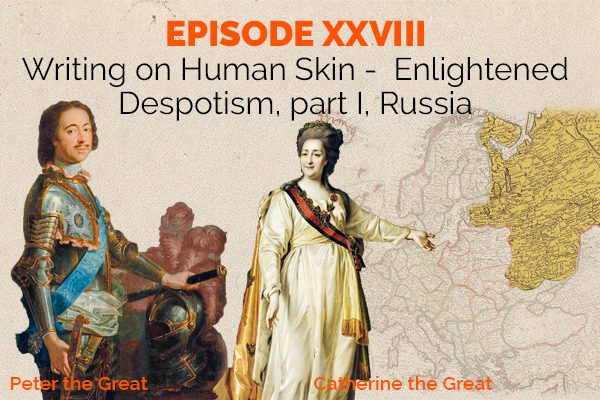 The Enlightenment’s emphasis on science, progress, tolerance and rationality attracted not only philosophers — even absolute monarchs dreamt of “Enlightenment Now.” But how do you incorporate the enlightenment’s revelations without undermining the traditions and ideas that legitimate absolute rule in the first place? Fortunately for Europe’s modernizing rulers, some of the continent’s most prominent 18th century philosophers — including Voltaire — stood ready to praise the new winds of “enlightened despotism” that took hold in places like Russia and Prussia.

In this episode, we cover Russia — the ground zero of enlightened despotism — and Tsar Peter the Great, who, according to Voltaire, single-handedly dragged the country across both time and place from the Dark Ages and Asia into the 18th century and Europe.

Among the topics tackled are: