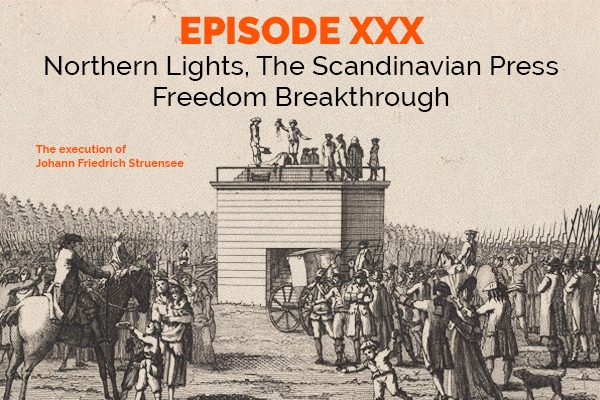 In the 1760s and 1770s, Sweden and Denmark-Norway became the epicenter of press freedom protections in Enlightenment Europe.

In 1766, the Swedish Diet passed the Press Freedom Act, making Sweden the first country in the world to provide constitutional protection to both the principles of press freedom and freedom of information. In 1770, Denmark-Norway, under the de facto rule of German physician Johann Friedrich Struensee, became the first country in the world to abolish any and all restrictions on press freedom. Almost overnight, both Sweden and Denmark-Norway experienced a newly vibrant public sphere with debate, discussion, and trolling.

But in 1772, King Gustav III ended Sweden’s so-called Age of Liberty — and with it, the era of the liberal press. That same year, Struensee lost not only his power, but his hands, legs, and  head as he was dismembered and ousted in a coup that resulted in restricted press freedom.

But how did Sweden and Denmark-Norway become trailblazers for press freedom, if only for the briefest time? Find out in this episode where we explore: