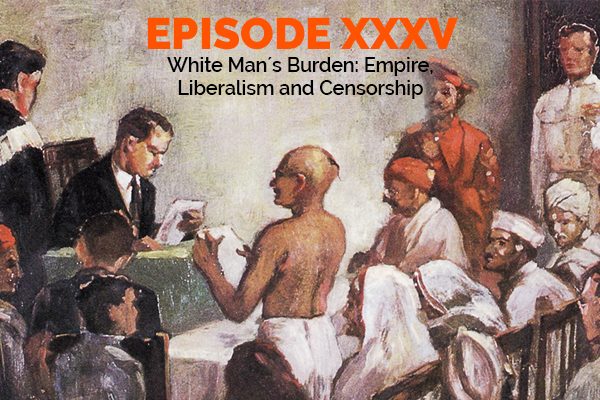 During the mass protests that have rocked Hong Kong since June 2019, pro-democracy protesters have been waving Union Jack flags and singing God Save the Queen –– a clear rejection of the authoritarian political system of mainland China in favor of the political system inherited from the British colonial past. This past system was supposedly based on the rule of law and political liberties, including freedom of the press.

The symbolic value of the pro-British sentiments of Hong Kong’s protesters would not be lost on Britain’s imperial masterminds and administrators, many of whom thought that empire and liberalism went hand in hand. In a combination of genuine goodwill and blatant ethnocentrism, the British colonizers took on the burden of civilizing the world and ensuring that the sun would never set on press freedom.

But the actual practice of British colonialism was very different from the idealized version dreamt up by English liberal imperialists and modern Hong Kong protesters. Colonial officials were more than willing to use censorship and repression when news and ideas were thought to threaten British interests in places like Hong Kong, India, and Africa. The laws and practices that they used for those purposes not only stifled criticism of colonialism, but also did so on the basis of crude racial and ethnic prejudices. This created a parallel system of censorship and repression that severely undermined the liberal credentials of Britain, and included victims like Mahatma Gandhi and the Kenyan activist Harry Thuku. And as we shall see, the British legacy of censorship and repression still shapes the climate for free speech in some former colonies.

Much of the same tension characterized France’s colonial empire, supposedly built on its commitment to universal human rights stretching back to the Declaration of the Rights of Man –– a commitment that became difficult to sustain when the colonized insisted that freedom and imperialism were incompatible.

In this episode, we’ll see how British and French colonial authorities struggled to reconcile their commitment to liberalism with colonial empire and: