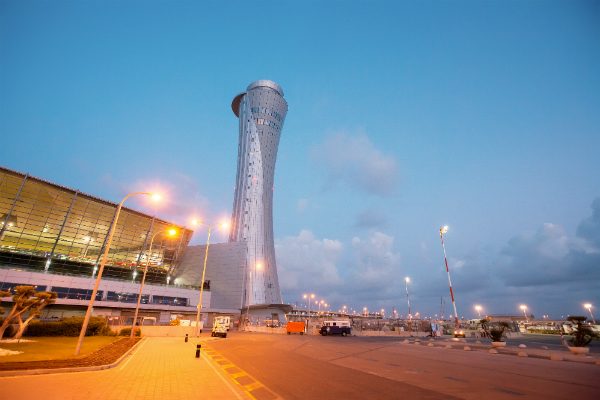 Last week, Palestinian activist and co-founder of the Boycott, Divestment and Sanctions Movement Omar Barghouti was stopped and warned at Israel’s Ben Gurion International Airport that he would not be allowed to enter the United States, where he was scheduled to make several speaking appearances at U.S. campuses.

According to NPR, Barghouti was told “he wouldn’t be flying despite holding valid travel documents” and that “U.S. immigration officials had ordered the U.S. consul in Tel Aviv to deny him permission to enter the United States.” NPR further reports that a State Department official commented: “Visa records are confidential under U.S. law; therefore, we cannot discuss the details of individual visa cases.”

Barghouti, who maintains that he possesses the necessary travel documents as well as a visa that is valid until 2021, believes the ban is a direct result of his BDS advocacy. He told Al Jazeera that the “US entry ban against me . . . is ideologically and politically motivated[.]”

Barghouti’s allegation is concerning on its face, but especially so given that Barghouti was visiting the U.S. in part to speak at college campuses including Harvard and New York University.

As FIRE has expressed repeatedly, universities that limit their community members’ speaker invitations to those most likely to find a sympathetic audience do a disservice to their students’ ability to engage with controversial ideas and their right to free expression. That principle becomes no less true if the U.S. government, rather than administrators, is effectively determining which speakers cannot be invited to U.S. campuses.

Advocacy for or against BDS is political expression protected by the First Amendment, and government actors may not penalize that expression when made by any person — whether citizen or not — within the United States. (FIRE takes no position on BDS, except to the extent that it or its opponents might endanger academic freedom.)

The Supreme Court, however, has previously authorized immigration authorities to bar, due to ideological objections, would-be foreign speakers from visiting the United States for the purpose of speaking on its campuses. In Kleindienst v. Mandel, the Supreme Court weighed whether the State Department’s rejection of Ernest Mandel, a Marxist economist and activist who had been invited to speak at Stanford, Princeton, Columbia, and other universities in 1969, violated the First Amendment rights of those who wished to engage with Mandel’s views. The Supreme Court reversed the district court’s ruling that American citizens have a First Amendment right to hear and respond to Mandel’s views, writing that “[w]hat First Amendment or other grounds may be available for attacking exercise of discretion for which no justification whatsoever is advanced is a question we neither address nor decide in this case.”

In Justice Thurgood Marshall’s dissent, joined by Justice William Brennan, he wrote that he was “stunned to learn that a country with our proud heritage has refused Dr. Mandel temporary admission” and that he was “convinced that Americans cannot be denied the opportunity to hear Dr. Mandel’s views in person because their Government disapproves of his ideas.”

Even if immigration authorities can bar Barghouti’s entry without infringing on the First Amendment, that does not immunize their decision to do so from criticism. If Barghouti has been denied entry on the basis of his BDS advocacy, then this incident represents a disturbing effort to punish political speech. Immigration restrictions should not be used as a cudgel to decide which non-U.S. speakers are free to express themselves on U.S. campuses. Further, the federal government, under President Donald Trump’s executive order, has stated its intent “to promote free and open debate on college and university campuses.”

Barghouti’s situation is seemingly similar to that of American student Lara Alqasem, who was temporarily detained in Oct. 2018 after flying to Israel on a student visa over suspicions that she violated Israel’s ban on visitors who promote BDS activism. Alqasem planned to study at the Hebrew University of Jerusalem but was placed in custody over her leadership role in the University of Florida’s Students for Justice in Palestine chapter.

As I wrote in Alqasem’s case, “Defenders of Israel’s ban have been quick to point out that the country has broad authority to choose who crosses its borders. That is true. But the Venn diagram of what is lawful and what is just is rarely a circle.”

Fortunately, Israel’s Supreme Court ruled in Alqasem’s favor in mid-October, writing that “[t]he inevitable impression is that invalidating the visa given to her was due to the political opinions she holds” and “[i]f this is truly the case, then we are talking about an extreme and dangerous step, which could lead to the crumbling of the pillars upon which democracy in Israel stands.”

Whether Barghouti will similarly succeed and ultimately be allowed in the U.S. remains to be seen.

Can the Attorney General under the broad discretion entrusted in him decide that one who maintains that the earth is round can be excluded?

that no one who believes in the Darwinian theory shall be admitted?

that those who promote a Rule of Law to settle international differences rather than a Rule of Force may be barred?

that a genetic biologist who lectures on the way to create life by one sex alone is beyond the pale?

I put the issue that bluntly because national security is not involved. Nor is the infiltration of saboteurs. The Attorney General stands astride our international terminals that bring people here to bar those whose ideas are not acceptable to him.

Today, free speech advocates and supporters of campus free expression should ask: Can BDS advocates or other controversial political activists outside the U.S. expect to find themselves on a list of disfavored views?