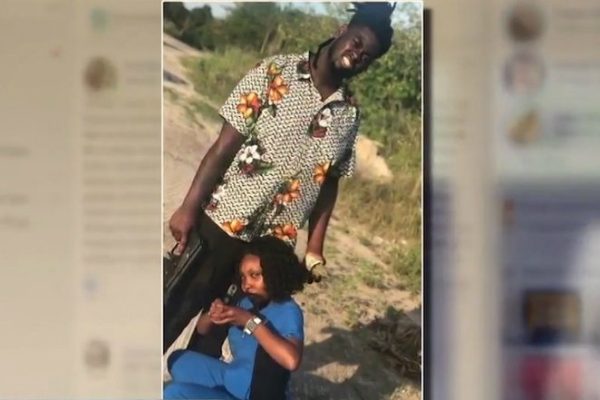 In June, FIRE wrote about Dia’mon Dallas, a student at First Coast Technical College in Florida who was indefinitely suspended for a photo posted on Facebook in which Dallas posed with guns. Dallas subsequently filed suit in the U.S. District Court for the Middle District of Florida, alleging that FCTC had violated her First Amendment right to free speech. FCTC and the individual defendants named in the complaint have now filed a motion to dismiss, but the arguments they are making are unconvincing at best, and absurd at worst.

FCTC makes two main arguments as to why it has the authority to discipline Dallas for the Facebook post — a post she did not even make. While FCTC is correct that Florida’s Campus Free Expression Act does not apply because the language of the statute limits protection of speech only to the outdoor areas of campus, not to photos taken off campus, FCTC’s argument that the post is unprotected speech is implausible. The college argues that “[t]he alleged ‘speech’ is not at all apparent from the picture in which Plaintiff was tagged on Facebook and there is no context whatsoever from which the Defendant may divine what point Plaintiff was trying to make.” FCTC nonetheless makes a valiant, albeit misguided, effort to divine the point of the post, citing its caption, “She my Bonnie [emoji] I’m Her Clyde know we down to Ride or Die [multiple emojis],” and proclaiming that it “glorifies the criminal acts of an infamous couple who commit robbery and go on a shooting spree.” To reinforce its point, FCTC also references a poem written by Bonnie Parker in the story’s 1967 cinematic adaptation that goes:

Some day they’ll go down together;

They’ll bury them side by side;

To few it’ll be grief—

To the law a relief—

But it’s death for Bonnie and Clyde.

This attempt at pathos — if it is pathos that FCTC is aiming for — may ironically end up backfiring. If one follows FCTC’s argument to its logical conclusion, then every photo, movie, and artistic rendition of crime would be a “glorification” of the underlying acts. Surely even FCTC administrators watch crime thrillers from time to time, and their counsel is at least familiar enough with a film about Bonnie and Clyde to quote from it. If anything, by invoking the movie, FCTC illustrated that visual depictions of infamous criminals are protected speech.

FCTC’s motion to dismiss also puzzlingly argues that the Facebook post is unprotected speech because it can’t be understood. This photo, FCTC avers, is unlike political expression, contrasting it with the students’ black armbands the seminal student speech case Tinker v. Des Moines. But while conduct is only subject to First Amendment protection if it can be understood to convey a “particularized message,” pure expression — such as a Facebook photo and text — is presumptively protected unless it falls into one of the few and narrowly defined categories of speech that are unprotected by the First Amendment. In any event, the obvious message, ostensibly not understood by FCTC, underlying an invocation of Bonnie and Clyde is one of love and devotion, a theme frequently invoked in pop culture.

Astute readers might note that the student-plaintiff was punished for someone else’s Facebook post, not her own. No matter: The First Amendment protects you from being punished for your own speech or for someone else’s speech. Even if it did not, the act of posing for the photo is likely protected expression, as well. That FCTC punished a student because of what someone else posted renders that punishment even less defensible — but we’ve seen that before.

FCTC’s action shows what can happen to a student’s life when the college ignores her First Amendment rights. It also sets a dangerous precedent that may end up chilling student speech further down the road: The college is implicitly telling its students that their free speech rights extend only as far as administrators deem appropriate. But that lesson is the antithesis of what the mission of a university is supposed to be — a place that fosters individual expression and peer exchange, not one that shuts it down. FIRE will continue to monitor any updates on the case.

Qi Xie is a FIRE legal intern and a rising 2L at the University of Chicago Law School.