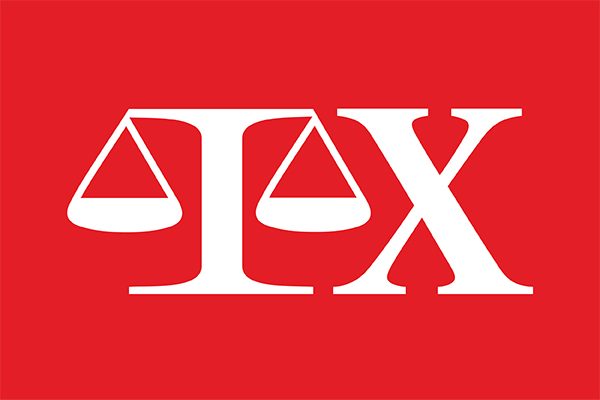 The Department of Education’s new Title IX regulations went into effect August 14 — but are they being followed?

Over the past several weeks, FIRE checked the websites of dozens of colleges and universities to see whether they adopted new disciplinary policies that incorporate the procedural safeguards now required by the regulations, whether they adopted ED and the Supreme Court’s definition of student-on-student sexual harassment, and whether they have posted their training materials for those involved in the sexual misconduct adjudication process. We reviewed top colleges and universities as rated by U.S. News & World Report, top HBCUs, and a mix of the nation’s largest college and university campuses.

Did most of these institutions make all the much-needed changes required by the new regulations to better protect student rights? No. Did most of them make most of the required changes? Sort of. Did many of them fail across the board? Yes.

We haven’t conducted a line-by line analysis of every policy we looked at as we did for the Spotlight on Due Process report; rather, we looked for several key provisions to assess whether the institution revised their policies with the apparent intent of complying with the new regulations. Key provisions in these policies guarantee notice of alleged wrongdoing, a presumption of innocence, access before the hearing to all relevant evidence collected by the school, and a live hearing with cross-examination conducted by advisors, who may be attorneys.

Many administrators and others opposed to the new regulations argued that schools would not be able to revise their policies in the amount of time allowed by ED — even though, with respect to most of the regulations’ requirements, schools were all on notice that they, or something similar, were coming since November 2018. Despite their complaints, most institutions did manage to enact new policies by ED’s compliance deadline.

Some institutions have already demonstrated that fundamental fairness isn’t a priority for them.

Whether the institutions actually comply with the regulations or actually provide fair procedures is a different question. As readers of the Spotlight on Due Process report know, institutions frequently maintain policy provisions that appear to guarantee procedural safeguards, but then have provisions that negate those safeguards — like a statement that investigators make preliminary findings of guilt before a hearing.

FIRE next looked for the regulations’ definition of hostile environment harassment in the educational context: “[u]nwelcome conduct determined by a reasonable person to be so severe, pervasive, and objectively offensive that it effectively denies a person equal access to the recipient’s education program or activity.” This definition tracks the one articulated by the Supreme Court of the United States in the 1999 case Davis v. Monroe County Board of Education. It is designed to ensure schools respond to allegations of conduct that interferes with a student’s equal access to their education, without infringing on students’ freedom of expression.

As with the procedural requirements, a majority of institutions whose policies we looked at adopted this definition of harassment. But a majority of those institutions also articulated a second, broader definition of harassment, with which schools intend to punish “non-Title IX” harassment. That means that a significant range of constitutionally protected expression, or expression that should be covered by a private institution’s promises of freedom of speech, will still be punished. This end-run around Davis contradicts the spirit if not the letter of the new regulations.

Worse still, the students charged under the non-Title IX definition of harassment won’t necessarily be guaranteed procedural safeguards in their hearings. If there’s one thing that grinds FIRE’s gears more than students getting punished for protected speech, it’s students getting punished for protected speech without a fair hearing. Instead of simply abiding by decades-old Supreme Court precedent or a straightforward application of the new Title IX regulations, institutions are making a special effort to provide an avenue for administrators to violate students’ rights.

Florida A&M University was one of several institutions that failed to implement any of the regulatory requirements FIRE looked for.

This dual system of Title IX sexual harassment and non-Title IX sexual harassment is even more ludicrous considering the complaints from administrators that the new Title IX regulations force them to adopt overly complicated policies and procedures. Yet if one accepts this premise (FIRE does not), one has to wonder why so many institutions would then go out of their way to make their policies still more complicated. Whatever the answer, this will certainly make the policies harder for administrators to enforce and harder for students to follow.

Several years ago, when ED’s Office for Civil Rights was promulgating an incredibly broad definition of hostile environment harassment in the educational context — “any unwelcome conduct of a sexual nature,” including “verbal conduct” — we addressed the contention that schools could or should use different definitions of sexual harassment for different purposes. More specifically, we cited a discussion from OCR’s 2001 Revised Sexual Harassment Guidance on whether there were different definitions of harassment for purposes of administrative enforcement and for purposes of determining a school’s liablity in court. OCR wrote:

[S]chools benefit from consistency and simplicity in understanding what is sexual harassment for which the school must take responsive action. A multiplicity of definitions would not serve this purpose.

Just as administrators benefit from this kind of consistency and simplicity, students and professors benefit from one clear definition of sexual harassment that is governed by one policy that guarantees fair procedures for those accused of such misconduct.

Finally, we looked to see whether institutions posted “materials used to train Title IX Coordinators, investigators, decision-makers, and any person who facilitates an informal resolution process” on their websites. The regulations require that “all” such materials be made available, and while FIRE staff have no way of knowing in many cases if posted materials are comprehensive, it is sometimes clear when they are not.

We did not find training materials that appeared to be comprehensive on most institutions’ websites.

We won’t hypothesize further, but students should be wary, particularly at institutions that have neither posted training materials nor guaranteed procedural safeguards nor adopted the Supreme Court’s definition of student-on-student harassment..

Non-compliance across the board

We commend the institutions that are sincerely trying to abide by the regulations in letter and in spirit — those that are revising their harassment speech codes and providing procedural safeguards without loopholes or unnecessary parallel systems.

We’re disappointed, but not surprised, that a significant number of institutions surveyed appear to have failed to implement any of the three regulatory requirements we looked for, at least as of last week. Those institutions are: Brigham Young University–Idaho, Colorado College, Fisk University, Hampton University, Houston Community College, Rice University, Tuskegee University, and Xavier University of Louisiana. If any of these institutions have since implemented the regulations or believe that we are mistaken, we invite them to let us know at dueprocess@thefire.org.

Students at these schools should be asking administrators why they have not already complied with the regulations. We hope these colleges and universities are on the verge of updating their websites with new, improved policies and training materials; they should do so now in order to protect student rights, not just when ED takes notice of their non-compliance. Of course, if they are not sure where to start or would like assistance revising their policies, FIRE would be glad to help. Institutions can use our Model Code or email us at dueprocess@thefire.org to work directly with staff to write policies that respect students’ freedom of expression and provide fundamental fairness in disciplinary proceedings.