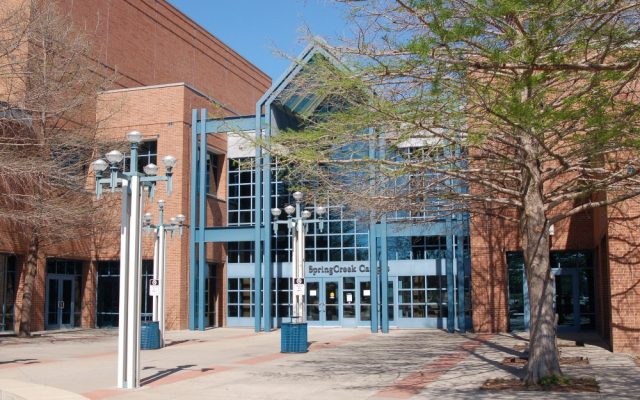 Collin College in Texas is already under FIRE’s microscope for inappropriately responding to a faculty member’s online political speech. Now, the college’s leadership has thrown caution to the wind.

Senior administrators at the college directed that professor Audra Heaslip and professor Suzanne Jones be dismissed when their contracts expire — despite recommendations from the college’s faculty and staff that the two faculty members’ contracts be renewed.

The reasons? The faculty members criticized the college’s response to COVID-19 (a pandemic that college district president H. Neil Matkin shrugged off in August as “blown utterly out of proportion” and comparable to motor vehicle deaths), exerted “external pressure” on the college (apparently by talking to the media), and formed a chapter of a non-collective bargaining union, the Texas Faculty Association.

Today, FIRE sent a letter to Collin College, explaining — again — that the First Amendment protects the rights of faculty members at public institutions to speak as private citizens about matters of public concern, like the institution’s efforts to respond to a public health crisis. Our letter also explains that the First Amendment protects the right to form and join organizations, including unions. The institution may not be required to recognize or bargain with unions, but engaging in expressive association with your allies is a cornerstone right of freedom of expression.

Over the course of this pandemic, we’ve too often seen institutions’ policies and practices inhibit the ability of students and faculty to raise concerns about how their institutions are handling the pandemic. These rights are particularly important in the employment context, where students and faculty may not only be raising concerns about their workplaces, but also their homes.

Collin College is in another league altogether.

Before President Matkin’s controversial remarks, the college’s Faculty Council adopted a resolution — spearheaded by professor Heaslip — calling for more aggressive measures to safeguard students and faculty from the virus. In response, the college’s leadership agreed to some of the proposals. Matkin’s email sharing that response, however, struck an ominous chord, claiming that the faculty he spoke to were unanimously opposed to shutting down the campus and suggested that faculty critics were speaking out of turn:

I find it ironic that some of the chief proponents of closing our campuses and going fully online failed to speak to the faculty they were charged to represent.  We will explore this further together as time goes on.

That exploration would have to wait. Matkin’s earlier remarks downplaying the pandemic provided kindling for the local media, which contrasted Collin College’s COVID-19 efforts unfavorably with other local institutions. One outlet noted that “[w]hile the caliber of information varies, Collin College is noteworthy because it refuses to publicly divulge anything” about the impact of the virus on students and faculty. (Sounds familiar!)

Then Iris Meda — a Collin College instructor who had come out of retirement to train future nurses and expected to teach online — died after being directed to work in person. Collin College’s leadership informed Meda’s colleagues of her death, without identifying her, in the twenty-second paragraph of an email. Media reports in the wake of Meda’s death, the college’s transition to online teaching in December, and its belated launch of public statistics on the virus, pointedly highlighted Matkin’s earlier remarks downplaying the virus.

Against this backdrop, faculty at the college have been organizing. Faculty members formed a chapter of the Texas Faculty Association, which — because Texas is a right-to-work state — is a non-collective bargaining union of faculty members at a number of Texas institutions. That chapter was listed on the TFA’s website, linking to Jones’ personal (not college) email address.

Last week, the college’s administration retaliated against its critics. Heaslip and Jones, who make up two-thirds of the officers of the burgeoning Collin College chapter of the TFA, were both summoned to meetings within hours of one another. During those meetings, administrators informed the professors that their contracts would not be renewed. Although at every step in the chain, those responsible for evaluating the professors’ effectiveness at their jobs — teaching — recommended that they be rehired, the college’s senior leadership refused the recommendations.

Why? In Heaslip’s case, administrators cited her efforts to put “external” pressure on the college by publicly criticizing the administration and for not being supportive of the administration’s goals “once the Board determined” that it would reopen the college. (Heaslip was quoted in, among other media reports, the article that first brought Matkin’s incendiary comments to light.)

Jones, meanwhile, was faulted for twice mentioning the College’s name without permission. First, she signed a 2017 petition calling for the removal of Confederate memorials by including her name and professional background, just as the other signatories did:  “Suzanne Jones, education professor, Collin College.” Second, the TFA’s website used the college’s name and Jones’ personal email address in noting that it had a chapter there.

As our letter explains, all of those things are protected speech. Faculty members are not required to be supportive in public and critical only in speaking to their supervisors. So, too, are they allowed to say where they work when signing petitions — a common practice especially among faculty members — or creating organizations composed of other people who also work there.

The brazen, nakedly retaliatory action may reflect the college’s belief that the form of retaliation — the decision not to renew contracts rather than terminating the faculty members — shields its administrators. (Indeed, the College’s initial response to the controversy was to singularly argue that it “did not fire” the professors.)

The First Amendment doesn’t just apply to firings; it prevents retaliation by government actors for protected speech, including decisions not to rehire someone because of their protected speech.

The First Amendment doesn’t just apply to firings; it prevents retaliation by government actors for protected speech, including decisions not to rehire someone because of their protected speech. This has been the unmistakable holding of the Supreme Court and the United States Court of Appeals for the Fifth Circuit.

Heaslip and Jones are not alone.

Unfortunately, this is the second time we wrote to Collin College just this week. On Monday, FIRE sent a letter to the college’s leadership sharing our concerns with a “Level 1 warning” issued to professor Lora Burnett, who — after having already faced pressure from the college over her extramural political speech — earned renewed ire from the College’s leadership over a tweet about a former professor who recently died, apparently from COVID-19.

FIRE will continue to monitor efforts to suppress expression at Collin College, and we urge its leadership and board members to take seriously their obligation to the First Amendment and the institution’s express policy to “uphold vigorously the principles of academic freedom and to protect the faculty from . . . censorship.”

This is not what a “vigorous” defense looks like.