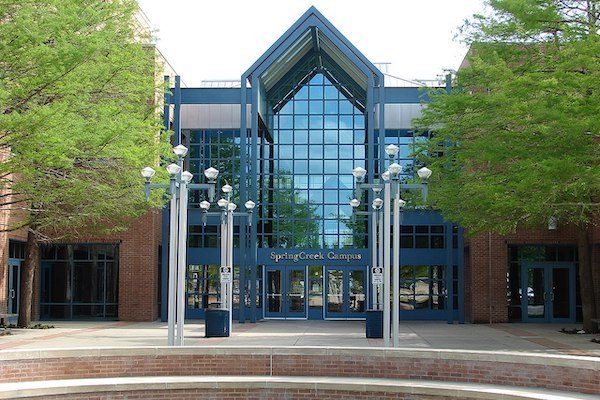 When professor Suzanne Jones’ contract came up for renewal at Texas’ Collin College, a public institution, she was a shoo-in. Faculty and administrators recommended her renewal: She was an “excellent faculty member” who earned “positive” evaluations from students and colleagues alike, kept her expertise in her field current, and had long shown commitment to the institution through “college service throughout” her decades of employment.

But that recommended renewal was “declined at the Senior Vice President level” with the support of President H. Neil Matkin. Senior administrators complained that Jones had gone outside of “normal channels of communication” due to a Facebook post she wrote about administrators’ response to COVID-19. Matkin, in writing, lamented that Jones was “encouraging members of our local community to contact me” about his plan to reopen during COVID-19 — a pandemic he had downplayed as “blown utterly out of proportion.” Administrators also complained that Jones had signed an open letter calling for the removal of Confederate memorials by including her name and professional background, just as other signatories did: “Suzanne Jones, education professor, Collin College.” And they complained that the local chapter of a non-bargaining union (Texas is a right-to-work state), which Jones helped to lead, used the college’s name without their permission.

All of that, as FIRE explained in a letter to the college back in February, was protected by the First Amendment. While labor law governs whether an institution must engage in collective bargaining with a particular organization, the First Amendment protects the right of faculty to engage in expressive association — including the right to form and promote unions. And while institutions may narrowly limit some uses of their name or intellectual property, they cannot do so in a viewpoint-discriminatory manner or prevent faculty from identifying where they work. Nor, for that matter, can they punish faculty for publicly criticizing their institutions on matters of public concern — like COVID-19. Collin College’s approach to free speech seems to be: Don’t tell anyone where you work, don’t tell anyone (except us) that you disagree with us, and definitely don’t talk to colleagues about labor organizing.

That lawsuit reveals damning new evidence of misconduct by the college’s administration, and demonstrates the ongoing failure of the college’s board to stanch the damage being done to faculty members’ rights and the institution’s reputation.

For example, an email sent by the president of the college’s faculty council explains that the college’s administration had said that the faculty council “absolutely cannot” announce “the existence” of or encourage “membership” of the Texas Faculty Association — the voluntary union — because “it’s an organization clearly associated with . . . labor organizations/unions.” This was because Collin College “doesn’t allow” the use of “time/space/resources . . . for groups like this.”

That exchange occurred after Jones asked to include a mention about the local chapter in the faculty council’s list of announcements. Within hours, administrators printed out emails about Jones’ participation in the Confederate monuments letter and placed them in her personnel file.

So, too, did the grievance system turn out to be a bogus ratification of administrators’ say-so. Administrators refused to make President Matkin or the executive vice president available to testify, claiming that they were too busy, and promising instead that the grievance panel would ask them questions privately if they had any.

Students, parents, and citizens whose tuition and taxes underwrite these misadventures in censorship should query why the college’s board inexplicably sits idly by as administrators repeatedly and knowingly violate college policy and the Constitution.

And as for that hearing panel, assembled by and consisting only of administrators? It summarily denied Jones’ grievance, claiming that administrators “cited” the “misuse of the institution’s name […] not the content of the speech” as having motivated their decision. The panel, with no sense of irony, cited the college policies on freedom of expression, guaranteeing faculty the right to “associate with persons or groups as they so choose, and to participate in political or other kinds of activities” outside of the classroom. The panel then proclaimed that Jones’ nonrenewal was “due to her promotion of external pressure on the college[.]”

Pause for a moment. The hearing panel agreed that the nonrenewal was based on Jones’ “misuse” of the college’s name, as opposed to her speech about the college, because that’s what the administration said motivated its decision. Setting aside the question of whether the panel even read the administration’s written statement — which is riddled with complaints that the content of Jones’ speech was unfair — the credulous panelists then cited the administration’s assertion that Jones’ dismissal was merited because she was putting “external pressure” on the college. These justifications are not consistent: Either Jones was let go because of her use of the college name, or Jones was let go because of her speech. The invocation of the latter is a strong indication that the “college name” concern — even if it were something the college could restrict — is pretextual.

Collin College’s senior administrators have repeatedly violated the First Amendment rights of faculty members — and not just Jones — and its board has ratified those decisions, failing to exercise its duty under board policy to “uphold vigorously” the expressive rights of its faculty members. Students, parents, and citizens whose tuition and taxes underwrite these misadventures in censorship should query why the college’s board inexplicably sits idly by as administrators repeatedly and knowingly violate college policy and the Constitution.