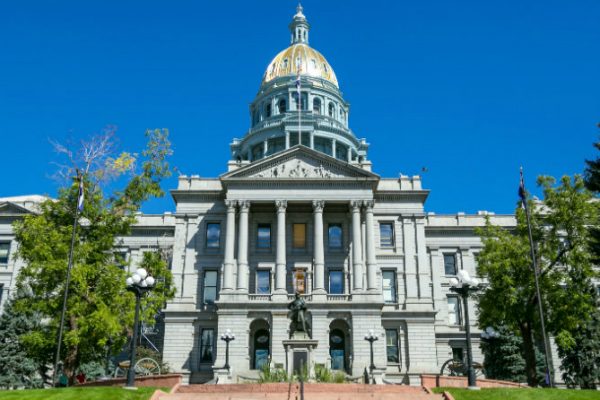 In May, Colorado Gov. Jared Polis signed into law SB 19-007, a law that will diminish the fairness of campus sexual misconduct investigations and proceedings at institutions of higher education in the state.

The bill further undermines fundamental fairness by requiring colleges to provide training to “any individual responsible for investigating or adjudicating complaints under the sexual misconduct policy” that “may include . . . the effects of trauma on reporting parties or complainants who have experienced sexual misconduct.”

FIRE certainly appreciates the importance of training first responders in how trauma may impact complainants so that contact is made in a manner that elicits vital information without discouraging them from coming forward. But administering biased training to those involved in disciplinary processes is recipe for prejudice.

Scholars including Harvard Law School professor Janet Halley and commentators such as Emily Yoffe have questioned the efficacy of the trauma-informed training, and whether such training might even bias investigations and adjudications against accused students. For example, in an article for The Atlantic, Yoffe wrote:

[A] male student at the University of Oregon, who had been suspended after having been found to have sexually assaulted a female student with whom he’d had a previous sexual relationship, filed a civil suit against the university and three university officials in federal court. According to the complaint, the female student provided inconsistent accounts of the alleged assault—the male student says there was no sexual contact that night—and both electronic evidence and witness statements contradicted her timeline of events. But, the complaint says, the Title IX officer investigating the case concluded that the female student’s “stories shifted because she suffered from trauma-induced memory problems.” The male student appealed his suspension and submitted an expert report from a psychology professor arguing, the complaint says, that the Title IX officer’s assertions about trauma and memory were “not scientifically supportable.”

Impartiality is an essential element of a fair process. Colorado’s codification of biased trainings and policies into campus adjudications of sexual misconduct undermines fairness for all parties involved in the process.

SB 19-007 also ensures campus sexual misconduct proceedings will remain unfair by allowing institutions to prohibit students from being actively represented by counsel. The bill allows either party to have an advisor present during any part of the investigation and adjudicatory process, but significantly limits their helpfulness by stating that advisors are “not allowed to speak on behalf of the complainant or responding party during the course of the proceedings.”

Active participation of advisors, including attorneys, is of crucial importance because the stakes of campus disciplinary proceedings are extremely high. As Joe Cohn, FIRE’s Legislative and Policy Director, wrote in The Hill, “[s]uspensions and expulsions don’t just jeopardize a student’s education—they can end a young person’s career before it has even begun.”

FIRE is not surprised that legislation threatening due process rights of students accused of sexual misconduct was signed into law in Colorado. Polis has a history of dismissing the rights of the accused. In 2015, when he was a member of the United States House of Representatives, he stated during a hearing:

It certainly seems reasonable that a school for its own purposes might want to use a preponderance of evidence standard, or even a lower standard. Perhaps a likelihood standard.… If I was running a (private college) I might say, well, even if there is only a 20 or 30 percent chance that it happened, I would want to remove this individual.

It seems like we ought to provide more of a legal framework, then, that allows a reasonable likelihood standard or a preponderance of evidence standard. If there are 10 people who have been accused, and under a reasonable likelihood standard maybe one or two did it, it seems better to get rid of all 10 people. We’re not talking about depriving them of life or liberty, we’re talking about them being transferred to another university, for crying out loud.

About a week later, Polis penned an op-ed in which he claimed he “misspoke” during the hearing and issued an apology. Luckily, his remarks did not become official United States government policy, but the bill he signed in May as governor does instruct institutions of higher education in Colorado to investigate and adjudicate claims of sexual misconduct unfairly.

Combating campus sexual misconduct is an important goal for lawmakers. In doing so, they must ensure that the laws they draft and the policies they require institutions to adopt guarantee that all parties’ rights are respected, and that impartiality and fundamental fairness are affirmed. Colorado’s one-sided approach will not lead to safer campuses. Instead, it will likely simply lead to protracted litigation.