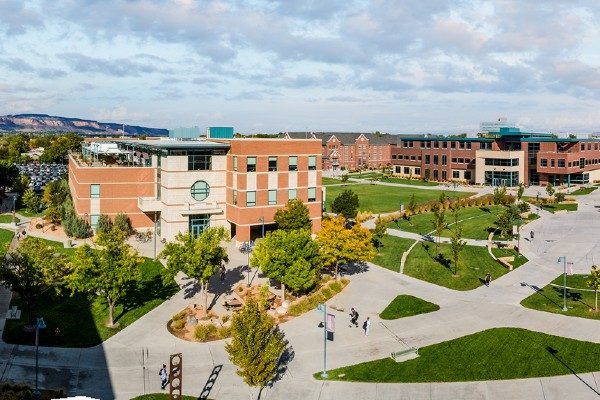 GRAND JUNCTION, Colo., Sept. 30, 2020 — Colorado Mesa University has revised its policies on free expression to earn the highest free speech rating from the Foundation for Individual Rights in Education.

FIRE, a national campus free speech organization, rates more than 470 institutions nationwide to determine whether their policies restrict student speech that is protected by the First Amendment. Almost 90% of colleges maintain policies that prohibit or chill protected expression.

The top, “green light” rating is held by only two other institutions in Colorado, and just 56 nationwide.

SEE HOW OTHER COLLEGES IN COLORADO STACK UP

“In working to protect student speech rights, CMU has proven itself to be a national leader when it comes to free expression,” said Mary Zoeller, FIRE policy reform senior program officer. “CMU not only ensured the university’s policies comply with the First Amendment, but also took a step to actively embrace free expression by adopting a resolution dedicating the institution to free inquiry. We look forward to continuing our partnership with CMU and we applaud the university for working so hard to ensure free speech and academic freedom is alive and well in Colorado.”

“Being one of three campuses in Colorado that has adopted such clear and unambiguous policies will help us attract people to campus who have important messages, and who are interested in participating in difficult conversations about the future of our culture and campus,” said CMU President Tim Foster.

Among the other colleges and universities in Colorado, the University of Colorado Boulder and Western Colorado University have already earned the green light rating. Seven institutions in the state earn FIRE’s “yellow light” rating, which denotes policies that, by virtue of their vague wording, could too easily be used to restrict protected expression. Adams State University and Fort Lewis College earn FIRE’s worst, “red light” rating, meaning the universities maintain policies that clearly and substantially restrict protected speech.

The CMU Board of Trustees also adopted a “Resolution Concerning Free Speech, Expression and Academic Inquiry,” expressly endorsing the “Chicago Statement” and further indicating CMU’s commitment to the principles of free speech that are essential to the core purpose of a university. Only 76 institutions or faculty bodies have made this commitment. CMU is among 14 schools nationally that both earn a green light rating and have adopted a version of the Chicago Statement.

Public universities like CMU are legally bound by the First Amendment to protect student free speech rights, while private institutions are bound by promises of free speech found in their official policies.