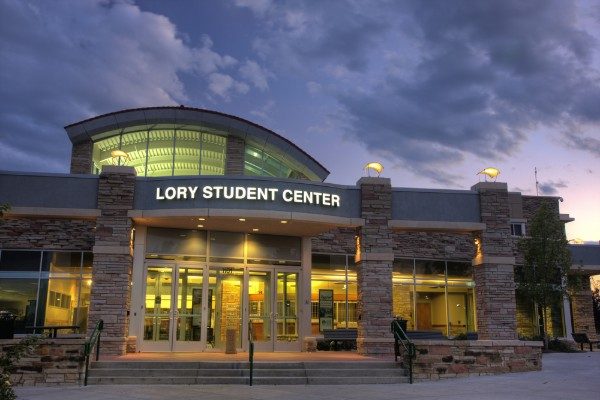 According to The Collegian:

Candidates vying for the president and vice president of ASCSU said they saw members of the Amundson-Farias campaign team take copies of Tuesday’s edition of The Collegian, rip them up and throw them in recycling bins in and around the LSC.

Today we have a bit of sad news. It appears that much of our newspapers have been stolen from our distribution racks and recycled or ripped up in response to our cover story. (1/3)https://t.co/IhsDBM3xA9#SaveStudentNewsrooms #CollegeMediaMatters

The Amundson-Farias campaign disputed The Collegian’s reporting on the team’s campaign funds, and issued a statement to The Collegian regarding the alleged newspaper theft:

“We are aware that members of multiple campaigns redistributed newspapers across campus,” the campaign wrote. “Beyond that, we are focused on parking over politics and will remain dedicated to expressing our vision for the future of CSU.”

The university, which is located about an hour north of Denver in Fort Collins, confirmed to FIRE late yesterday that CSU Police were investigating the incident, but could not provide additional updates.

Spokesperson Dell Rae Ciaravola said that if students were involved in the alleged theft, they could also face disciplinary action from CSU.

“In situations such as this, if a student is found to be responsible, the case would be reviewed by our Student Resolution Center and the student or students could face university disciplinary action,” Ciaravola said.

Regardless of the identity of the apparent thieves, the allegations, if true, would make a strong case for Colorado’s journalist-friendly newspaper theft law, which makes it a crime to steal free newspapers. There’s only one problem: Colorado quietly repealed that law in 2013.

From 2004 until it was repealed in 2013, Colorado’s newspaper theft law made it a misdemeanor to take more than five copies of a free publication with the intent to keep others from reading it. It also created escalating financial penalties for thieves, depending on the number of papers stolen. But in 2012, a Colorado commission recommended the state legislature repeal the law, claiming that the law was under-utilized and unnecessarily gummed up the criminal code. Basically, the commission argued it was an extraneous law no one used or needed.

But that’s not true. FIRE was among the advocacy groups, including the Student Press Law Center and the Colorado Press Association, that explained just how useful and necessary the law was back in 2012.

“It’s well documented that groups on campus will use theft as a tactic of censorship,” he said.

And SPLC statistics support that claim.

In the 10-year period between Colorado’s enactment of its newspaper theft law in 2004 and its repeal in 2013, the SPLC tallied more than 150 newspaper-theft incidents nationwide, or an average of more than 15 incidents annually.

There was also a spike in the number of nationwide thefts in 2012, the year Colorado recommended the repeal.

Colorado’s then-public defender Doug Wilson, a member of the commission that recommended the repeal, justified the move in an interview with the SPLC, saying that the law had “only” been used five times in Colorado.

(Five uses in Colorado alone would account for a not-insignificant portion of nationwide cases.)

Usefulness aside, Wilson suggested the commission placed some blame on student journalists themselves for providing free papers on campus.

“When charging and prosecuting criminals for theft, [Colorado’s] primary concern is what the value attached to the stolen item was,” Wilson said, discussing the repeal in 2012.

“This isn’t a First Amendment issue,” he continued. “We didn’t do it because we’re trying to censor people. We did it because some in the newspaper industry have decided not to put a value on their product.”

“A larger issue of censorship and freedom of speech.”

After Tuesday’s incident at CSU, The Collegian initially reported that the state’s newspaper theft law may have still been in place. Collegian Editor-in-Chief Haley Candelario tells FIRE the paper was disappointed to learn yesterday it had been repealed. She also responded to the reasons behind the repeal.

“As far as the assertion that student newspapers have ‘no value’ because they’re free, I disagree with that knowing how The Collegian is funded,” Candelario said. “Our print copies are paid for by student fees, and it’s only the first copy of the paper that is free. Every copy after that costs $0.25.”

After Tuesday’s theft, Candelario says she and Collegian staff met to discuss how to make sure students had the information they needed on Wednesday, which was the last day of campaigning for student government positions. They decided to re-run Tuesday’s cover story on Wednesday, “with the article about the stolen newspapers right next to it,” Candelario said. They also focused distribution near the campus areas where the campaigns were tabling.

As for making sure the papers actually got to the students who needed it, The Collegian’s editorial staff decided to — quite literally — take matters into their own hands.

“We were all in our offices at 7:15 a.m.,” Candelario said, “to distribute our Wednesday edition ourselves.”