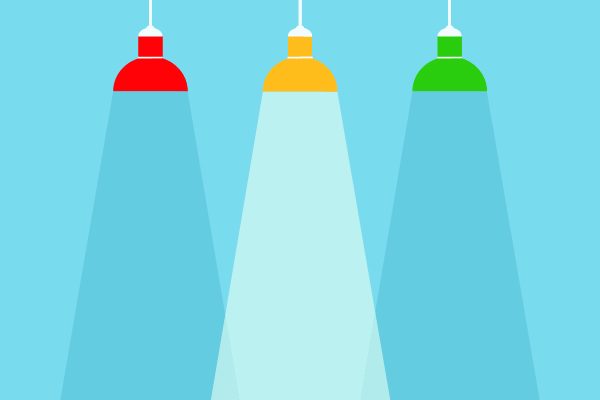 When I began my college search, I was looking for an orange: a university that promoted a vibrant culture of free inquiry and expression. I thought the University of South Florida was a fantastic candidate because it was located in a demographically diverse, politically contentious, and culturally vibrant state. I hoped to find at USF a campus that protected its students’ rights to express and contend with diverse ideas. Instead, what I found as a freshman last fall was an apple: a university failing to protect students’ free speech rights.

Following a recent revision of its sexual harassment policy, USF became the only public institution in the state of Florida to earn an overall “red light” rating in FIRE’s Spotlight database — an indication that a university has “at least one policy that both clearly and substantially restricts freedom of speech.”

USF’s sexual harassment policy prohibits “verbal, nonverbal or physical conduct of a sexual nature.” Yet, this policy deviates from the standard established by the U.S. Supreme Court in Davis v. Monroe County Board of Education in 1999, which defined peer-on-peer harassment as conduct “so severe, pervasive, and objectively offensive, and that so undermines and detracts from the victims’ educational experience, that the victim-students are effectively denied equal access to an institution’s resources and opportunities.” The U.S. Department of Education’s new Title IX regulations, released in May, also utilize the standard from Davis.

Because USF’s policy is much broader than Davis, protected speech containing any kind of sexual reference can be classified as a violation of the sexual harassment policy, and punished as such. Thus, a classroom discussion of teenage pregnancy or a crude comedy show could be construed as a violation of university policy and punished as harassment.

USF could follow the lead of other Florida universities with green lights: the University of Florida, Florida State University, and the University of North Florida have all revised their speech codes to get one. Even Florida’s legislature and governor have encouraged speech-protective policies on campus.

Despite its restrictive speech policies, last fall USF’s campus was brimming with palpable excitement when other university rankings showed USF’s had jumped, becoming America’s “fastest rising university.” Many in the campus community were excited about this growth because it placed USF on a trajectory comparable to that of Florida’s flagship public universities. However, if USF wants to compare itself with the flagship oranges in the state, it has to abandon its apple status and join the green light cohort.

USF’s poor track record for student speech rights undermines its academic success and viability as a competitor in the State University System of Florida. If students cannot have academic conversations with the confidence that their right to speak is protected, they will not be willing to do so. In such a chilled campus climate, students’ abilities to develop a nuanced and reasoned understanding of ideas is severely limited.

USF says it reveres the values of “truth and wisdom,” but maintains speech codes that make it impossible for its students to confidently put those values into practice. Until USF makes the necessary reforms to its speech codes, it should not be celebrated as an institution comparable to other respected Florida universities. Like apples and oranges, there is simply no comparison between institutions that protect students’ First Amendment rights and those that do not. Institutions that protect this fundamental value will always be a step ahead of the competition.

Samuel Rechek is a rising sophomore at the University of South Florida and a FIRE Summer Intern.