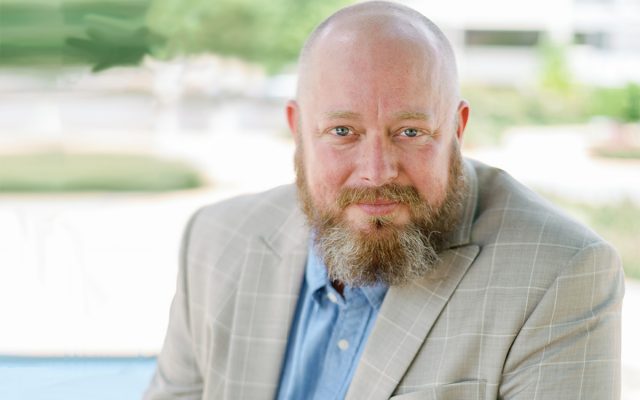 In April, FIRE called out Oklahoma Christian University for abruptly firing tenured professor Michael O’Keefe following student complaints about a guest speaker in his class. Things have only gone downhill since then.

In response to FIRE’s letter, OC suggested O’Keefe was not entitled to due process, and, as proof, pointed to an employment agreement that expressly states to the contrary that any termination proceedings must comply with due process. Then, FIRE learned the university admonished another faculty member merely for observing the guest speaker’s talk and failing to report it to the administration.

We’ve continued to press OC for answers concerning its abandonment of its own promises of academic freedom and due process, but after an initial exchange, the university — perhaps realizing it is out of excuses — has fallen silent.

On March 1, O’Keefe’s class, “The Business of Branding Yourself,” featured guest speaker Scott Hale, who discussed his experience growing up in Oklahoma, touching on themes of authenticity, resilience, and coming to terms with his identity as a gay man. One small part of the talk in particular irked OC’s administration, in which Hale recounted playing “truth or dare” as a young boy to illustrate the peer pressure he experienced. He said the game eventually degraded into “truth or dick” once another boy dared Hale to expose himself, which he felt compelled to do.

Less than one week after that class session, O’Keefe, who started teaching at OC in 1981, received a letter immediately terminating his employment based on “gross misconduct” and “conduct contrary to the mission and values of Oklahoma Christian University.” He was ordered to “leave campus immediately.”

After the incident went public, OC’s chief legal counsel, Stephen Eck, confirmed that OC fired O’Keefe due to Hale’s stories and profane language. Eck also said “it appeared that O’Keefe attempted to squelch students’ reporting or complaining” about Hale’s talk (emphasis added). But OC gave O’Keefe no prior notice of these various allegations and no chance to contest them despite his tenured status. As FIRE’s letter noted, that “defeats the purpose of tenure: to protect faculty from summary dismissal for exercising their academic freedom.” 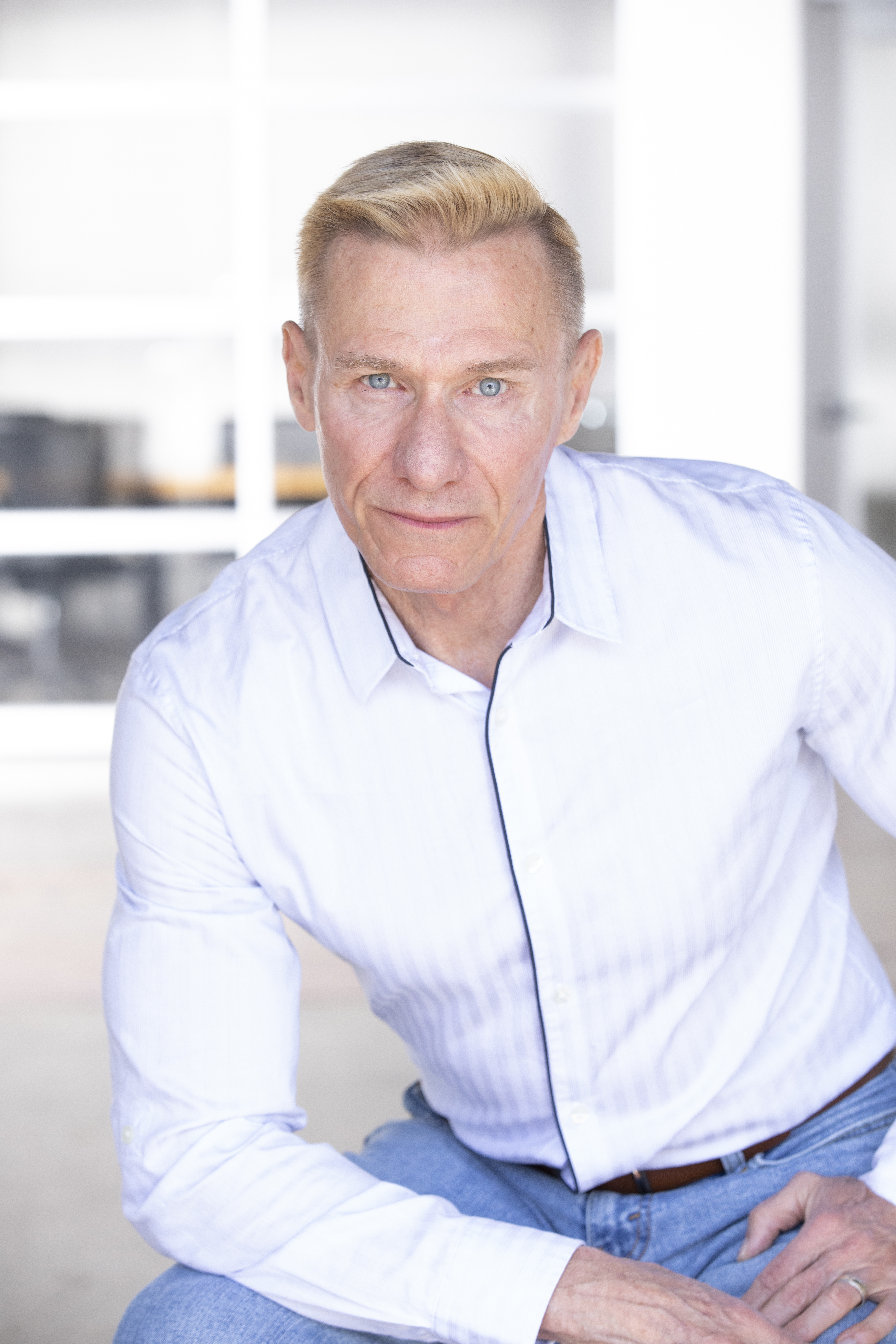 We also reminded OC that its own policies protect academic freedom — including the right to host controversial speakers and to discuss contentious subjects without “fear of reprisal.” As FIRE’s previous coverage explained, Hale’s talk was relevant to O’Keefe’s course, which featured multiple guest speakers who told stories about persevering through personal hardship. O’Keefe sought to teach students the importance of developing their self-identity before they “brand” themselves and to help them develop the ability to empathize with and relate to people from different backgrounds.

In a phone call with FIRE, OC countered our argument that O’Keefe was entitled to due process by citing a conditional employment agreement he entered in 2015. FIRE acquired a copy of that agreement, which makes clear that O’Keefe retained tenure and its attendant due process protections at the time he and OC executed the agreement. Specifically, it includes a signed notice of rights of tenured faculty facing potential termination, including:

The university — perhaps realizing it is out of excuses — has fallen silent.

Based on this information, we renewed our request to OC to explain why it failed to follow any of these procedures before firing O’Keefe. Eck initially said he would get back to us, but after The Oklahoman covered FIRE’s letter, he changed his mind, saying “there doesn’t seem to be a basis for a substantive answer and dialogue.”

It’s unclear why a local newspaper’s coverage of the incident and FIRE’s letter — which we had already publicized before our talks with OC began — would stop the university from offering up whatever defense it has for violating O’Keefe’s rights. OC still has an obligation to justify its actions to O’Keefe, to students and faculty at OC, and to the public. But the university likely has no defense that can withstand scrutiny.

O’Keefe’s termination remains a stain on the university’s integrity — and a potential breach of its contractual obligations.

While continuing to work on O’Keefe’s case, FIRE learned that another OC faculty member found himself in the administration’s crosshairs as a result of Hale’s speech.

Not long after OC fired O’Keefe, Eck and OC’s chief academic officer, Jeff McCormack, called faculty librarian Chris Rosser into a meeting to question him about his attendance at Hale’s presentation. (Rosser knows Hale personally and attended the talk to “provide quiet support for a friend.”)

In a followup letter obtained by FIRE, Eck told Rosser:

Eck also told Rosser he should be “clear on the University’s position, values, beliefs, and expected instruction for students regarding its Biblical perspectives on same-sex marriage,” referring to a previous meeting concerning OC’s position on “campus life issues impacted by sexual orientation or gender identity,” and a 2018 incident in which OC instructed Rosser to rescind an invitation to a speaker in a same-sex marriage.

Eck concluded by telling Rosser that if he becomes aware that a professor or guest speaker, regardless of their sexual orientation or gender identity, “has shared her or his childhood sexual past, using similarly explicit language, the University needs to address that issue. As a faculty member you should share those details with Dr. McCormack, immediately.”

FIRE sent another letter to OC last month explaining that its disturbing “demand that Rosser report to the administration or otherwise intervene when others are merely exercising their expressive rights compels speech in contravention of university policy.”

Oklahoma Christian cannot promise its faculty freedom of expression and then enlist them as informants.

As we reminded OC, O’Keefe’s hosting of a guest speaker was a protected exercise of academic freedom. OC’s suggestion that Hale discussed his “childhood sexual past” and that his talk contradicted the university’s stance on same-sex marriage is peculiar. Hale is gay, but his talk did not address the topic of same-sex marriage, and his “truth or dare” anecdote was about the peer pressure he experienced as a young boy — it wasn’t intended to glorify sexual activity. While what Hale actually said or intended might have offended some students, that doesn’t remove it from OC’s academic freedom protections. Rosser had no duty — or reason — to intervene.

As our letter stated:

OC cannot promise its faculty freedom of expression and then enlist them as informants who must confront or report colleagues for exercising their academic freedom. In addition to compelled-speech concerns, such a regime would have a chilling effect on faculty who know their colleagues are policing their speech and are under administrative pressure to report anything potentially controversial, and that is to say nothing of the damage to trust and morale it would inflict.

If OC did not intend to impose a mandate on Rosser, the university did not make that clear. As we’ve said before, administrators must clearly distinguish between requests and demands, “knowing that the weight of potential disciplinary action or investigation is behind them when they ask something of a faculty member.”

OC has not responded to FIRE’s second letter, but ignoring the free speech and academic freedom issues at the university won’t make them go away. OC is a religious institution, but its mission also “demands freedom of inquiry and expression.” It is long past time for OC to take that commitment seriously.