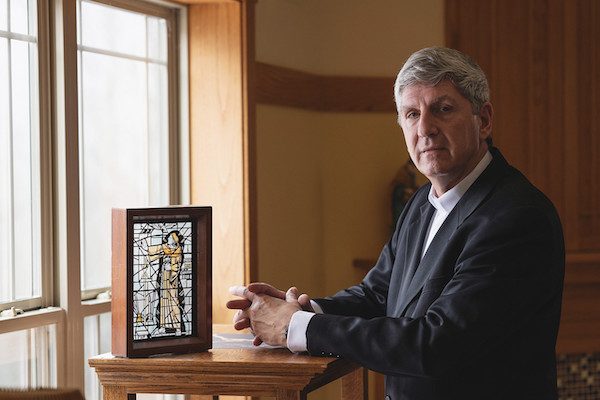 Add Concordia University Wisconsin to the list of universities that use the backward and unjust tactic of “punish now, investigate later.”

CUW abruptly suspended professor Gregory Schulz days after he wrote an article critical of the university, without giving him a meaningful opportunity to answer university allegations of misconduct. FIRE wrote to CUW on March 4, calling on the university to immediately reinstate Schulz and adhere to its binding commitments to due process and academic freedom.

In the Feb. 14 issue of Christian News, Schulz wrote an article entitled “Woke Dysphoria at Concordia.” Schulz’s article criticized CUW for “coming under the influence of Woke-ism (that is, a potent cocktail of Progressivism, NeoPragmatism, and Marxism),” which he argued is a departure from the university’s Lutheran foundation.

On Friday, Feb. 18, CUW President William Cario emailed Schulz requesting that he attend a meeting that afternoon to discuss the article. Schulz responded at 3:15 p.m., noting he had not seen the email until then because he was teaching classes and visiting with students during his posted office hours. Schulz said he was on his way to teach his third class of the day and offered to meet the following Monday. Cario responded, “Request denied.  I will see you at 4pm, Greg.” Schulz did not see Cario’s response until after that time because he was teaching.

FIRE calls on CUW to immediately lift all sanctions placed on Schulz.

That same day, Cario sent Schulz notice that he was suspended pending an investigation into multiple allegations of misconduct stemming from the article, including “conduct unbecoming a Christian,” disclosure of confidential information, and failure to adhere to various limitations on academic freedom.

Not only did CUW relieve Schulz of his teaching duties, it barred him from campus, prohibited him from contacting any faculty, students, or other members of the CUW community without Cario’s permission, and demanded that he publicly “recant” the article or face potential further sanctions, including termination.

All this because Schulz wrote an article expressing disappointment with his university. If that doesn’t seem like the type of thing that justifies immediately booting a professor off campus and imposing a gag order without even giving him an opportunity to defend himself, that’s because it isn’t.

As FIRE’s letter explains, CUW abdicated its commitment to due process, which is memorialized in Schulz’s contract and the faculty handbook. As we wrote (footnote omitted):

Suspension is a punishment, and not a light one, entitling Schulz to due process before it is imposed. Schulz is unable to teach his classes or even communicate with his students or other faculty members. Each day of the suspension that goes by is a further disruption to Schulz’s career as an educator and to his relationships with his students and colleagues.

Before suspending Schulz, CUW failed to honor the basic elements of due process, including proper notice of the charges and adequate opportunity to respond to them, let alone anything resembling the extensive procedures (such as formation of a review committee and a formal hearing) that are outlined in the university’s policies for handling complaints and campus disputes.

The president’s emails to Schulz on the day he was suspended fall far short of what due process requires. As FIRE told CUW:

By notifying Schulz of allegations of misconduct and giving him mere hours to meet in person to address them—amid a busy schedule of teaching classes and fulfilling other professional obligations—then abruptly suspending Schulz instead of accepting his offer to meet the next business day, CUW has failed to adhere to its due process obligations.

Interim suspensions may be warranted in rare circumstances where, for instance, an individual’s continued presence on campus presents a safety threat. That rationale obviously has no relevance in this case. 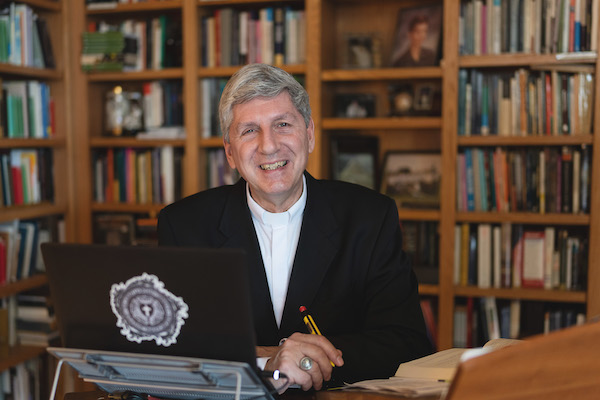 Schulz’s suspension also raises serious concerns about his academic freedom, which traditionally encompasses the freedom to criticize institutional governance. While CUW is a private religious institution, it makes promises of academic freedom in Schulz’s contract and the faculty handbook, including “the right of faculty to hold diverse opinions” and to “present and discuss concepts that conflict with Synodical teachings.” Granted, the university also purports to limit academic freedom in certain ways. For instance, a faculty member “acknowledges that in certain situations he/she will voluntarily limit his/her expression of opinions and convictions . . . so that the mission of the institution and of the church is supported rather than hindered.” But CUW cannot treat this as a license to suppress all criticism of the administration, or else its affirmative promises of academic freedom are rendered meaningless.

Before suspending Schulz, CUW failed to honor the basic elements of due process.

At a minimum, given CUW’s commitment to due process, which the university states has a “fundamental purpose” of protecting academic freedom, it is incumbent on CUW to explain to Schulz how his speech allegedly violated any institutional policies and to allow him to respond before imposing any sanctions. Instead, CUW has put the cart of punishment before the horse of investigation.

This is part of an unfortunate trend. Author John K. Wilson recently inveighed against “preemptive suspensions” and the damage they cause:

Over and over again, universities respond to allegations of misconduct with a routine practice that violates due process, endangers academic freedom, and all too often punishes the innocent: The preemptive suspension made before any hearing. For any accusation of wrongdoing, the knee-jerk response of many administrators seems to be to suspend the alleged culprits first and figure out the facts later. It’s a practice that inherently violates basic concepts of justice, and it’s particularly alarming in higher education when the suspension is a response to the expression of controversial views.

Wilson suggests that administrators “love suspensions because they take the heat off: They allow the university to ‘do something’ about a public embarrassment while still maintaining the facade of academic freedom and due process.” Administrators may be concerned about their public image or frustrated by harsh criticism, but they have no excuse for abdicating their responsibility to protect student and faculty rights.

FIRE calls on CUW to immediately lift all sanctions placed on Schulz, return him to the classroom, and adhere to its contractually binding commitments to due process and academic freedom.