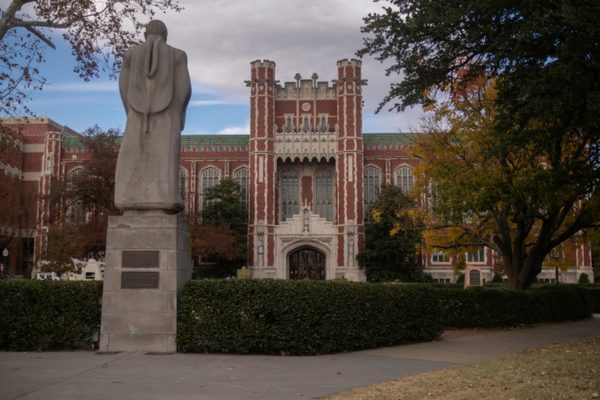 As my colleague Graham Piro wrote last week, Oklahoma’s new education law targeting the teaching of certain concepts has officially taken effect. FIRE has criticized similar legislative efforts in numerous states, noting their potential to create a chilling effect on academic discourse (and, in several cases, flatly unconstitutional restrictions on expression). With Oklahoma’s bill now passed into law, we’re able to see how these bills operate in the real world, and how administrations respond to their constraints. The early results aren’t promising.

Oklahoma’s new law bars the teaching of certain disapproved “concepts” in K-12 classes and prohibits “mandatory gender or sexual diversity training or counseling” at institutions of higher education. The bill does not, as FIRE has argued, apply to academic courses (as opposed to nonacademic trainings).

Even so, as Graham wrote, the law’s consequences for higher education instruction were immediately felt. At Oklahoma City Community College, administrators unilaterally canceled a sociology course while the institution reviewed its content for anything that might be implicated by Oklahoma’s new law. Fortunately, after significant media attention (and a letter from FIRE), OCCC let the course continue without any changes to the content; unfortunately, the confusion and delays meant that a usually-packed course was left with only one enrolled student, and the course is now only offered as an elective.

OCCC, it turns out, isn’t the only Oklahoma college struggling under the new law and acting out of an excess of caution. Indeed, it’s joined by the state’s flagship institution, the University of Oklahoma, which is dropping a requirement that students take a new course called “Gateway to Belonging,” choosing instead to make it optional. The Frontier, an Oklahoma nonprofit journalism site, writes:

Gateway to Belonging was originally slated as a required course, but OU officials will now allow students to choose among Gateway to Belonging and two other classes after the state adopted HB 1775. In a May 7 email, University of Oklahoma President Joseph Harroz Jr. wrote two additional courses — called Global Perspectives and Engagement, and Ethical Leadership Development — will be offered in addition to the Gateway to Belonging course to fulfill course requirements.

(I’ll briefly note that The Frontier misidentifies FIRE as “conservative,” which a trip to our FAQ quickly clears up.)

May 7, not incidentally, is the date that Oklahoma Gov. Kevin Stitt signed the new legislation into law. Indeed, OU has been open about the fact that this pivot comes in direct response to the new legislation. Independent student newspaper the OU Daily illuminated the administration’s thinking in a May 11 article quoting John Woods, OU’s executive director of government affairs, and interim provost Jill Irvine:

Woods explained his interpretation is the bill speaks specifically to mandatory training — in OU’s case, the Gateway to Belonging course that was set to be implemented as a required course in the fall 2021 semester.

“I am thoroughly convinced by the comments of the (bill’s) author, by our own interpretation of the legislation, (that) it does not speak to instruction and academic freedoms that we absolutely have and should have in the classroom within various courses, but just to that independent administrative training,” Woods said. “That does not mean that we’re finished with this conversation . . . We’ve got to remain to be vigilant.”

Irvine said the current administration’s interpretation of the bill is that it will most impact the “Gateway to Belonging at OU” course, as she said it is mandatory for all incoming freshman and transfer students. The course will be introduced in fall 2021.

OU’s highly cautious interpretation of the law, in other words, is that an academic course, if it is required of all students, should be considered a “training.” This is an unfortunate concession, and will not allay faculty worries about the law’s possible impact on academic freedom. After all, if the university’s administration interprets the law to reach required academic classes at universities and colleges (it should not, as explained below), then it necessarily limits what can be discussed in any required class.

The excess of caution on display at OCCC and now at OU is to some extent rational, a side effect of the law’s imprecision.

“Gateway to Belonging” is described on the OU website as a course that “teaches critical thinking skills and supports students in developing a true understanding of others, as well as a sense of belonging at OU and beyond.” It centers around five pillars: cultural fluency, critical thinking, civil discourse, citizenship, and community engagement. While it was to be made mandatory for all incoming freshman students as part of OU’s First Year Experience general education requirement, “Gateway to Belonging” will now be one of three courses OU offers, any one of which will count toward the requirement. The other two courses, “Global Perspectives and Engagement” and “Ethical Leadership Development,” will be developed and offered beginning in the fall 2022 semester. Students entering OU this year are not required to take “Gateway to Belonging,” and will be credited so long as they take any of the three courses to be offered by the time they graduate.

At Oklahoma City Community College, we previously wrote, the controversy centered on a sociology course on “Race and Ethnicity,” which the institution initially claimed would require “substantial changes to the curriculum” in light of the new law. Its interpretation of the Oklahoma law was incorrect, as we wrote in our June 2 letter to OCCC:

While HB1775 bans the teaching of disapproved “concepts” in a “school district, charter school or virtual charter school,” those provisions do not purport to apply to institutions of higher education. The separate section applicable to “institution[s] of higher education within The Oklahoma State System of Higher Education” is intended to prevent mandatory trainings required as a condition of enrolling in classes, not to regulate college course content. In drafting legislation intended to bar K-12 teachers from making certain viewpoints “part of a course,” Oklahoma’s legislature demonstrated that it knew how to describe classes, and chose not to impose the same obligations on institutions of higher education. [Emphasis added.]

The Oklahoma legislature, however, could have made this clearer. As Graham wrote last week:

[Oklahoma’s] law failed to define “training,” which could be readily interpreted to reach teaching. The problem is compounded by the fact that the law does not contain clear language explicitly cabining its prohibition of any “requirement that presents any form of race of sex stereotyping” (which is not defined) to make sure that it does not reach classroom instruction. This uncertainty, predictably, is causing a chilling effect as colleges struggle to interpret the law.

That chilling effect appears to be playing out at OU as well. Indeed, there are significant parallels between the OCCC and OU cases. Both involve required courses being changed to electives to sidestep concerns about the reach of a law whose applicability is, at best, questionable.

A recording of an “Anti-Racist Rhetoric & Pedagogies” workshop acquired by FIRE raises alarm bells about the state of free expression and conscience at @UofOklahoma.https://t.co/8DXLXnaqbf pic.twitter.com/JkU5JMEOel

Could the “Gateway to Belonging” course have proven problematic in practice? Perhaps, and there are reasons for FIRE to be watching OU closely. In recent weeks we’ve faulted OU for aspects of its diversity training that compelled participants to attest agreement with particular university-approved viewpoints, which OU refuses to remedy. We’ve also called out OU for its workshop on how instructors can censor students with “wrong” opinions in the classroom. How any of those problems might have filtered into this course, however, is purely speculative: the “Gateway to Belonging” course is still under development, and a director was only hired in recent weeks.

The excess of caution on display at OCCC and now at OU is to some extent rational, a side effect of the law’s imprecision. Even so, it’s disappointing to see these institutions volunteer such broad interpretations of the law — which gives comfort to legislators at the expense of faculty, who fairly worry about the potential this law has to affect their teaching. Administrators must interpret laws narrowly to avoid restricting or chilling constitutional rights.

This is surely not the last time we’ll see an overcorrection from an institution in response to speech-chilling legislation, and we’ll continue to update Newsdesk readers on this trend.

If you’re a professor — in Oklahoma or elsewhere — and are worried your academic freedom may be similarly chilled, we encourage you to let FIRE know so we can help fight back.