FIRE > Newsdesk > Top Story > Congressman’s call for investigation into University of Arizona faculty would, if granted, violate the First Amendment 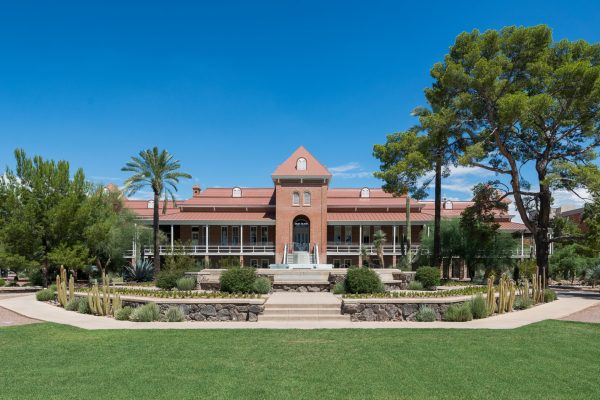 Rep. Paul Gosar of Arizona wrote a letter to Secretary of Education Betsy DeVos this week, requesting that the Department of Education ask the University of Arizona whether its “programs, statements and faculty” are “in compliance” with federal funding. The request, predicated on faculty members’ views on Israel and one professor’s endorsement of an academic boycott of Israel, is a threat to the First Amendment and academic freedom rights of faculty at the university.

The letter, sent Monday and available here, seeks investigations into two distinct areas, primarily into the views and extramural expression of faculty at the university, citing faculty members who “openly support” the “hate group” Boycott, Divestment, and Sanctions movement. (The “other area” of requested investigation concerns foreign funding, an issue on which FIRE does not take a position. FIRE also takes no position on the underlying Isreali-Palestinian conflict.)

In the [Students for Justice in Palestine] article, she asserts that “conflating anti-Zionism with anti-Semitism is a well-worn tactic of pro-Israel advocacy groups.” She also argues that “SJP boycott and divestment campaigns are launched with an eye towards dismantling structural oppression everywhere, not attacking a single group of people” – an obvious misrepresentation of SJP’s established record as the most radical anti-Israel student group operating today. Additionally, in the Forward Nassar defended Temple University professor Marc Lamon[t] Hill’s call for “a free Palestine from the river to the sea.” Despite the phrase’s common usage as a call for the obliteration of Israel as a Jewish state – including by Hamas – Nassar insisted it is “part of a larger call to see a secular democratic state established in all of historic Palestine.” Indeed, referring to Israel as “Palestine” is itself anti-Semitic hate speech as it assumes the annihilation of the millions of Jews that lawfully live there and ignores the historic record that this is the ancient historic land of the Jews.

Nassar is joined in her pro-BDS stance by her [University of Arizona] colleague Linda Darling, who teaches Middle Eastern history and who signed a 2014 petition calling on Middle East studies scholars and librarians to boycott Israeli academic institutions. Using federal money to promote blatantly anti-Jewish programs that promote violence and hatred of an ethnic and religious group is illegal under Title VI and our great university should not jeopardize its research, social standing and reputation any longer by promoting those who assert genocidal and racist agendas.

This effort follows similar ones by elected officials and private actors to pressure universities to suppress speech critical of Israel, or to enlist the Department of Education to do so. The letter also invokes the recent Executive Order, which requires the Department of Education to “consider” a definition of anti-Semitism that, in targeting political speech critical of Israel, raises First Amendment concerns. The letter notes:

Under this [Executive Order] there are troubling aspects involved with the [University of Arizona Center for Middle Eastern Studies], particularly its aggressive pursuit of the racist BDS policies. Without action by [the university] to terminate these efforts by CMES, [the university] is at risk for losing all federal funding under this EO. I do not want that to happen; instead, I am asking that [the university] take steps immediately to comply with the Executive Order and to work collaboratively with [the Department of Education], via a consent order if need be.

Gosar’s letter acknowledges that the university may be in full compliance with federal law, but cites “information provided to” him and “factors made known now that question that conclusion.” If Gosar’s letter refers to information not contained in the letter — which includes references to footnotes, but no footnotes — it is impossible to evaluate whether that information might evidence unlawful activity. Regardless, investigations should not be launched on legislators’ suspicions alone.

To the extent that the letter discloses the relevant information, it would not be appropriate for either the federal government or the university to initiate investigations.

Federal and state governments can, of course, make sure that educational institutions are complying with appropriate conditions on funding. In other words, they can ensure that the institution is utilizing public funding for its agreed-upon purposes: Are faculty teaching the classes or programs for which the funding is allocated?

However, using public funding as a vehicle to scrutinize faculty members for the right views or associations presents a serious risk to academic freedom and freedom of expression. Faculty members at public universities have well-established First Amendment rights in both their expression outside of the classroom and their expression “related to scholarship or teaching.” As the Supreme Court has explained in overturning legal barriers to faculty members with “seditious” views:

Our Nation is deeply committed to safeguarding academic freedom, which is of transcendent value to all of us and not merely to the teachers concerned. That freedom is therefore a special concern to the First Amendment, which does not tolerate laws that cast a pall of orthodoxy over the classroom.

All of the expression cited in Gosar’s letter is protected by the First Amendment, as there is no exception for expression others believe to be profoundly wrong, deeply offensive, or — as the letter asserts — “hate speech.”

For example, defending Students for Justice in Palestine is as protected by the First Amendment as the right to join it or to condemn it. So, too, is arguing about whether the phrase “from the river to the sea” is misunderstood or anti-Semitic. The Constitution forbids the government from picking winners and losers in these debates, and it is important that faculty members and students alike be able to publicly share their views on political and public affairs. Similarly, while FIRE opposes the implementation of academic boycotts at an institutional level, including those targeting Israel, expressing support of a boycott — or participating as an individual — is protected by the First Amendment.

These are not idle threats to freedom of expression. Investigations — even when they ultimately clear their targets of wrongdoing — have a chilling effect on speech. Efforts by legislators and federal or state officials to investigate faculty members may themselves violate the First Amendment, even if no formal punishment is ultimately imposed. Nor are these threats to speech critical of Israel alone: If the authorities are given the power or practice of investigating speech with which it disagrees, the targets of those investigations will change over time.