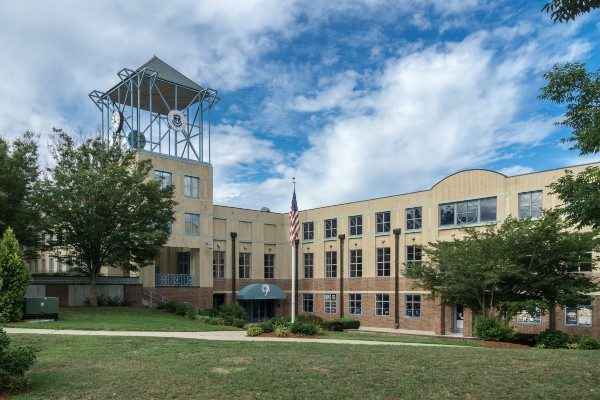 University of Rhode Island is being asked, including by some state legislators, to punish history professor Erik Loomis over his controversial views on the killing of a Portland protester. The First Amendment, however, protects Loomis’s right to express his opinions on this issue — and URI must resist calls to violate the Constitution and punish him for protected speech.

In a personal blog post last week, Loomis questioned whether Portland police deliberately killed Michael Reinoehl, a suspect in the Aug. 29 murder of Aaron “Jay” Danielson, who was shot during protests in the area. Reinoehl was a self-proclaimed far-left anti-fascist, and Danielson was a member of the far-right group Patriot Prayer.

Portland police claim they shot Reinoehl because he pulled a gun when they surrounded him; a witness had a conflicting account, claiming Reinoehl was unarmed, holding a cell phone and eating a gummy worm when police shot him.

In his Sept. 4 blog post, Loomis said he believed Patriot Prayer members like Danielson and other Trump supporters were “fascists,” that members of the police force held similarly fascist views, and were “openly working with the fascists in Portland.” It was a comment, however, that has drawn the attention of many critics, who view the comment as advocating for or justifying Danielson’s death.

“[Reinoehl] killed a fascist,” Loomis wrote in a comment on his blog post. “I see nothing wrong with it, at least from a moral perspective.”

Several state legislators have been quick to call for Loomis to be punished for expressing that view.

Why are our (thinly stretched) tax dollars paying for this man to teach (or do anything else) at URI? Would the President or Board care to comment? @universityofri https://t.co/JiXB7rpzpD

This is an outrage. The legislature took steps last yr to help URI stand out as an elite university and this kind of poison is being spewed from a professor? @universityofri – you need to take action immediately. https://t.co/gNNSjaS9iY

But in asking URI to punish Loomis, the legislators are also asking the public university to violate the United States Constitution.

Faculty members’ extramural speech on matters of public concern, like posts on blogs, is afforded wide latitude by the First Amendment. As FIRE previously explained:

Vigorously debating controversial views and putting them under scrutiny is necessary in academia. Faculty members should not be shielded from criticisms for the ideas they espouse. But legislators should be mindful that when they use their voices to demand punishment for faculty views they abhor, they feed this notion that controversial viewpoints are unwelcome on college campuses.

And URI knows this. We wrote to them in 2012 about their investigation and threat to punish Loomis for his virulent criticism of the National Rifle Association and its president, Wayne LaPierre, following the Sandy Hook Elementary School shooting in Newtown, Connecticut.

“I was heartbroken in the first 20 mass murders,” Loomis tweeted at the time, “Now I want Wayne LaPierre’s head on a stick.”

URI ultimately acknowledged that Loomis’s statement was protected and dropped the investigation.

Loomis’s most recent blog post is protected, too. Even if you accept the characterization that his comments endorsed violence, taking the view that violence is or is not morally defensible is speech protected by the First Amendment and doesn’t amount to unlawful incitement. As the Supreme Court explained in 1961, the advocacy of the “moral propriety or even moral necessity for a resort to force and violence” is “not the same as preparing a group for violent action and steeling it to such action.” In other words, words aren’t violence.

In the 1982 case NAACP v. Claiborne Hardware Co., the Supreme Court held that even “advocacy of the use of force or violence does not remove speech from the protection of the First Amendment.” Rather, the landmark case of Brandenburg v. Ohio provides the definition of incitement, which requires that speech must be “directed to inciting or producing imminent lawless action and . . . likely to incite or produce such action.” A comment on a blog post is plainly not likely to produce any action, much less imminent violence, even if it could be read as calling for violence.

More broadly, were URI to punish faculty speech any time a community member found it objectively offensive, the result would threaten speech on a broad range of controversial issues, in or out of the classroom, and would subject faculty members to investigations, suspensions, or termination for speech alone.

As we wrote earlier this year about a similar investigation at another university over a professor’s ill-received personal Tweets:

That abandonment of fundamental principles of freedom of expression and academic freedom knows no fidelity to the ideology of the speaker: We’ve seen time and time again that if academic institutions may penalize expression simply because others find it offensive, they surrender their students’ and faculty members’ expressive rights to angry community members, legislators across the aisle, would-be donors, colleagues, students, or social media users of all political persuasions.

URI must not heed calls to punish faculty — even for the most controversial of views. The university would abandon their Constitutional obligations to do otherwise.