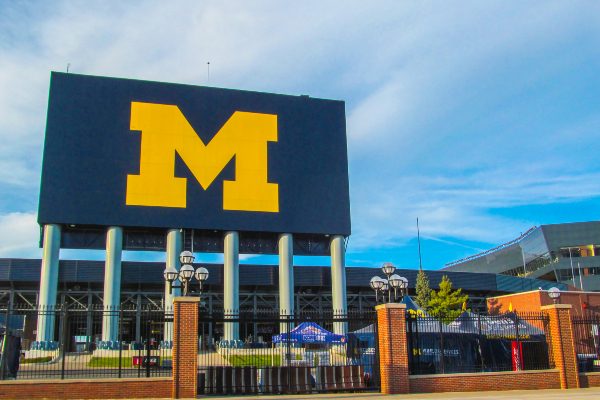 On Monday, a federal judge in Michigan ruled that the University of Michigan violated the due process rights of a student accused of sexual misconduct when it denied him a hearing with the opportunity to cross-examine his accuser.

The court also held that the individual administrators who failed to provide him with those rights were not entitled to qualified immunity, and thus can be held personally liable for the due process violation. Under the doctrine of qualified immunity, government officials are protected from personal liability for violating constitutional rights unless, as the United States Court of Appeals for the Sixth Circuit has explained, “their conduct violates a clearly established statutory or constitutional right of which a reasonable person in the official’s position would have known.” This is a high bar to clear and is very often an impediment to students who seek damages when university officials violate their constitutional rights.

The plaintiff in this case, John Doe, was accused of sexual misconduct by a female student. She claimed the encounter was nonconsensual, he claimed it was consensual, and there were no witnesses. When the university began its investigation in May 2018, it used a “single-investigator” model to adjudicate sexual misconduct claims. There was no hearing and no opportunity for cross-examination. Doe filed his lawsuit in June 2018, and his disciplinary proceedings are currently stayed. In September 2018, the Sixth Circuit issued its groundbreaking decision in Doe v. Baum, holding that in cases turning on credibility, universities must hold a live hearing at which “an individual aligned with the accused student” can cross-examine the complainant.

After Baum was decided, the University of Michigan implemented an Interim Policy to comply with the decision. The university then argued that Doe’s case was moot, since it would now adjudicate his case using the Interim Policy. The district court noted, however, that voluntary cessation of unconstitutional conduct is alone insufficient to moot a claim. Rather, a claim is only moot if it is “absolutely clear that the allegedly wrongful behavior could not reasonably be expected to recur.” And because the university continued to defend its old policy — among other things, the university’s president explicitly declared that “the Sixth Circuit got it wrong” in Baum — the court held that the university had “failed to meet its burden of proving that the challenged policy will not be re-enacted.” Doe’s claim, therefore, was not moot.

The individual administrators sued in the case also argued that they should be entitled to qualified immunity on Doe’s due process claim. Because Baum was not decided until September 2018, they argued, the right to a hearing with cross-examination was not “clearly established” at the time of Doe’s investigation. The court held, however, that Baum merely expanded upon an earlier Sixth Circuit decision, Doe v. University of Cincinnati, in which the court held that cross-examination was essential to due process in cases turning on credibility. While the Sixth Circuit in Cincinnati held that cross-examination through a hearing panel would suffice, the case nonetheless clearly established that it was a violation of due process to deny an accused student any opportunity to confront their accuser.

From its inception to the University’s appeal in Baum, the [University of Michigan] was in violation of Circuit precedent. Five months before publishing its 2018 Policy and likely during its drafting, the Sixth Circuit held that cross-examination was “‘essential to due process’” only where the finder of fact must choose “‘between believing an accuser and an accused,’” and implored universities to provide a means for decision makers “to evaluate an alleged victim’s credibility.” Cincinnati, 872 F.3d at 405-06. The Court of Appeals further emphasized that deciding the plaintiff’s fate without a hearing and cross-examination was a “disturbing . . . denial of due process.” Cincinnati, 872 F.3d at 402. Because the Individual Defendants violated this ruling and Plaintiff’s clearly established constitutional rights, the Court finds that they are not entitled to qualified immunity.

The university is appealing the decision to the Sixth Circuit, and FIRE will keep you posted.