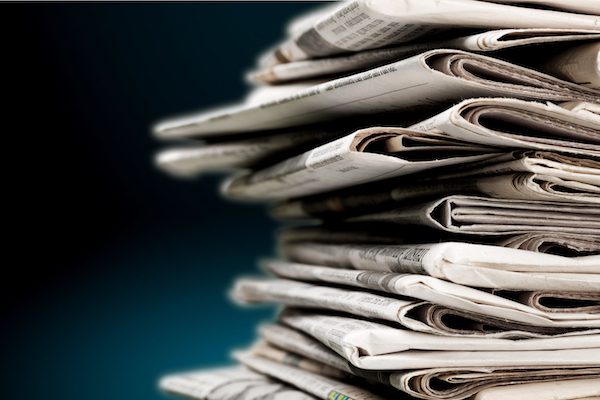 Emporia State University’s student-run publication, The Bulletin, recently published a cover story on the case of Kaitlyn Brasher, a student sued by the university for “unearned financial aid.”

No sooner did the issue hit campus newsstands than The Bulletin’s coverage was covered up. Someone — we still don’t know who — tried to hide the news by covering the papers with manila folders in their racks at ESU’s Memorial Union student center.

In response, The Bulletin staff posted a reminder on the racks to passersby warning that the newspapers are protected by the First Amendment and that tampering with them could violate the Constitution.

Yesterday, the drama continued as the warning signs themselves were removed from the newsstands.

UPDATE: Someone has removed our signs saying it is a violation of the First Amendment to tamper with our papers. pic.twitter.com/XFGq0lJPSS

While the culprit’s identity is currently unclear, if administrators tampered with the newspapers, they should be aware this may very well constitute violation of student journalists’ expressive rights.

If, on the other hand, a student or group of students tampered with the newspapers, the administration should respond to make clear this type of interference is unacceptable.

While this precise type of tampering is new — an apparent attempt to side-step the consequences that come from outright stealing newspapers — it is nonetheless akin to cases of newspaper theft, of which FIRE has seen its fair share, including the recent instance at Keene State University where copies of The Equinox student newspaper were stolen by students upset over the newspaper’s coverage of a fraternity event.

We at FIRE applaud The Bulletin staff’s unwavering insistence on their right to freely publish and distribute their newspaper. We implore the ESU administration to uphold student journalists’ First Amendment right to distribute their publication without interference — from a ‘cover-up’ or any other act of censorship.