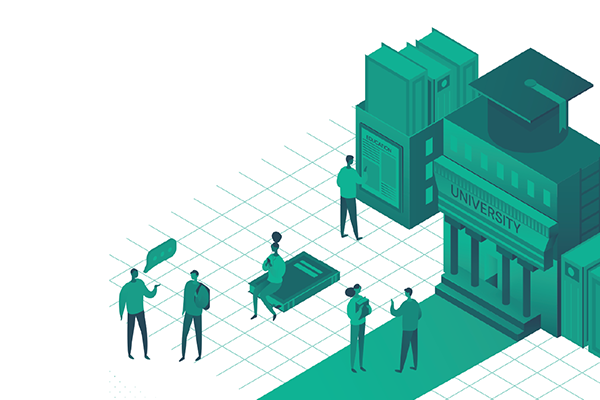 The internet lost its mind yesterday when an op-ed by former FIRE intern Emma Camp appeared in The New York Times calling on colleges and universities to redouble their efforts to cultivate intellectual freedom in the classroom.

“Even as a liberal who has attended abortion rights protests and written about standing up to racism, I sometimes feel afraid to fully speak my mind,” Camp wrote, suggesting the feeling is widely shared among her fellow students.

To help prove her point, Camp pointed to data from the College Free Speech Rankings, a survey conducted by FIRE in partnership with College Pulse and RealClearEducation. The survey found that 83% of college students find it necessary to self-censor on campus at least some of the time, and 21% say they do so often. Many students, regardless of their race, ethnicity, or sexuality, also find it difficult to have open and honest conversations about topics related to race, sexual assault, transgender issues, and abortion.

As far as arguments go, Camp’s was fairly typical among newspaper columnists: Introduce a problem through personal experience, tie it together with data that shows the problem is more widespread, and conclude by offering a reasonable solution. Camp is a skilled writer and thinker, and FIRE is proud to call her one of our alumni. Her proposed solution is indeed reasonable: Colleges should have speech-protective policies in place that foster free expression on campus. FIRE’s been saying the same thing for the last 23 years.

To refute Emma’s argument, critics falsely claimed speech suppression on college campuses isn’t a real problem, and that the College Free Speech Rankings is not a valid study. Domestic correspondent for The New York Times Magazine and 1619 Project cofounder Nikole Hannah-Jones (whose rights FIRE defended back in 2021) tweeted a screenshot of Emma’s reference to the Free Speech Rankings and wrote, “Many of these articles/columns [cite] the same study but it’s never been clear to me which type of students are self-censoring and which views.”

In fact, all of our data are available for free online, and the raw datafile is also available for free by request. We even provided a built-in tool to analyze the data online and zero in on the exact questions Hannah-Jones is asking. For instance, the tables below provide the crosstabs for race/ethnicity and sexuality with our self-censorship question:

According to the survey, one in five Black students report self-censoring “fairly” or “very” often, as do almost one in five Hispanic (18%) and Asian (17%) students. These percentages are higher for multiracial students (22%), American Indian students (25%), and students who identified their race/ethnicity as “Something else” (32%). When it came to sexuality, students identifying as heterosexual/straight or as “something else” self-censored most often.

When FIRE teamed up with College Pulse in 2019 to design the most ambitious campus free speech survey ever attempted — surveying nearly 20,000 students attending 55 colleges, including demographic data on students’ age, race, gender, sexuality, and political orientation — we hoped collecting data would add more depth to our understanding of how students experience free expression culture on their campuses.

Most of the criticisms we saw online are not substantive by any stretch of the imagination, and failed to offer any substantial methodological critiques of the survey questions or about how College Pulse sampled the students and weighted the data. If the critics of our survey do not understand the methodology, they need only to look at the actual survey to find answers, and we are more than happy to answer questions regarding methodology. The charge that the survey is “bogus” seems like a superficial gripe from those who just don’t like the results or haven’t taken the time to dig into them.

Many of these articles/columns site the same study but it’s never been clear to me which type of students are self-censoring and which views. How do we know racial minorities or LQBTQ students or progressives are not included in this number? Truth is, we don’t. pic.twitter.com/YzsLqxvQRL

That includes attempts by College Republicans and Turning Point USA to host former Vice President Mike Pence and conservative journalist Andy Ngo for on-campus speaking events.  It also includes speech from socialists, professors advocating for the removal of Confederate statues, and marijuana legalization advocates. Critics who claim we only take up for one side of the partisan divide just don’t know FIRE. We have promoted former President Obama’s liberal take on campus free speech, fought against a slew of “divisive concepts” bills which limit discussions on race and sex in college classrooms, and argued on behalf of Hannah-Jones herself when her bid for tenure at University of North Carolina at Chapel Hill was disrupted by influential donors. Because of this incident, she is included in our Scholars Under Fire database, and we included UNC Chapel Hill among our 2022 Ten Worst Colleges for Free Speech.

We couldn’t help but notice that a lot of critics of Emma’s op-ed didn’t seem to pay any attention to the lawsuit we filed in Texas today on behalf of Michael Phillips, a history professor fired for talking about the history of racism in Dallas. But we’ll keep doing the work, whether Twitter notices or not.

Given Hannah-Jones’ standing and influence, we feel her criticisms merit special attention. In addition to the question above, she also asked, “How do we know racial minorities or LGBTQ students or progressives are not included in this number? Truth is, we don’t.”

But that’s simply not accurate. The 2021 dataset is publicly available and includes the demographic information in question. We have data from over 12,000 students who identify as Black, Hispanic/Latino, Asian, or multiracial (Note: All survey data discussed for race/ethnicity are weighted by demographic information obtained from the 2017 Current Population Survey, the 2016 National Postsecondary Student Aid Study, and the 2018-19 Integrated Postsecondary Education Data System). We also sampled over 9,000 students who identified as bisexual, gay or lesbian, pansexual, queer, or questioning, and almost half of the students surveyed (45%) identified as very or somewhat liberal.

So, truth is, we do know: The data comes from a good number of racial minorities, LGBTQ students, and students somewhat or very left of center and the survey’s report also contains analysis of data submitted by students who identified as nonbinary (1,318 responses).

In other words, the data are there. The data are reliable. We encourage Hannah-Jones and everyone else on Twitter to see for themselves.

Furthermore, findings from the College Free Speech Rankings are largely consistent with other survey data on college students. The Knight Foundation’s annual survey found that 63% of students believe their campus climate deters free expression, up from 54% in 2015 when the question was first asked. Additionally, for three years running, Heterodox Academy has published its Campus Expression Survey, which found that 60% of college students expressed reluctance to discuss controversial topics on campus. (Note: FIRE Senior Research Fellow Sean Stevens co-designed the original version of the Heterodox survey)

FIRE defends the rights of students and faculty members — no matter their views.

That being said, sometimes raw numbers obscure the personal experiences of individual students on campus, which is why, as part of the College Free Speech Rankings report, FIRE collected written responses from students who indicated they had self-censored. That’s useful qualitative data, too — and what we learned may surprise some Twitter critics. For example, one student at Arizona State University wrote, “I am scared to be openly transgender or anti-police/progressive in general due to how violent some people can be and the fact that ASU tends to protect harassment and conservativism.”

Another student at Barnard College wrote, “In a class discussion after a controversial ‘racist’ incident involving a black student and public safety officers, I wanted to express that I didn’t think the actions of the officers were entirely unjustified. I felt like I couldn’t say this because everyone around me was saying how racist it was (even though none of these students were black but I was).” And then there’s the student at the University of Virginia who wrote, “As a person of color at a university that is predominantly white and has a culture around the rich, white lifestyle, it can be hard to express opinions that call out those attitudes.” As FIRE knows from years of experience, the defense of free speech is important for everyone.

FIRE defends the rights of students and faculty members — no matter their views — at public and private universities and colleges. When students don’t feel comfortable expressing themselves, we take notice. And if there is one resounding conclusion from the College Free Speech Rankings and other surveys, it’s that Emma Camp is right: Self-censorship is a pervasive — and worsening — problem on college campuses. We’re going to keep working to protect free speech rights nationwide. We invite our critics to join us.