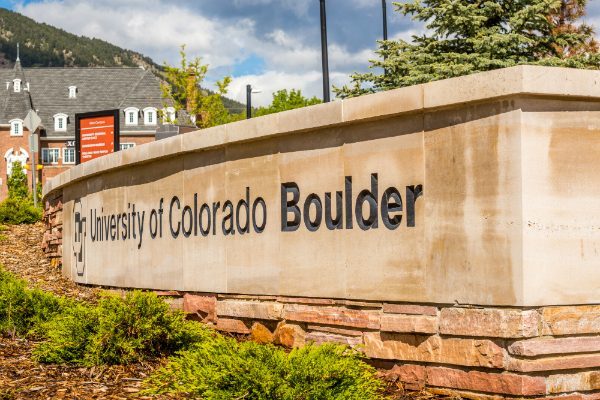 “Thank you for sharing. We have reported this to the Office of Institutional Equity and Compliance.”

The University of Colorado Boulder has tweeted a version of that response nearly 50 times in the last three years at the mere suggestion that a student or faculty member may have said something offensive.

A deeper dive into university policy reveals administrators have unilaterally granted themselves “authority to conduct a preliminary inquiry” into any alleged misconduct. But the ominous-sounding Twitter response — which has targeted plainly protected expression on numerous occasions — could too easily intimidate students and faculty into silencing themselves on social media. Accordingly, CU Boulder’s chilling practice of systematically reporting free speech to administrators who can discipline them likely runs afoul of its binding First Amendment obligations.

Take, for example, the case of Michael Ann DeVito, a postdoc in CU Boulder’s Department of Information Science.

Earlier this week, a critic of DeVito’s stance on cis/trans dating tweeted DeVito’s TikTok, in which she sings about her views, at the university.

“If you’re cis and you won’t date trans folks, you’re a transphobe,” DeVito croons in the clip. “Now if that made you mad, maybe it’s your prejudices that you need to probe.”

A Twitter user, who does not appear to be a student, tweeted the video at CU Boulder in a thread the school was using to promote a recent campus climate survey. The person suggested DeVito should be investigated and punished for her views.

Thank you for sharing. We have reported this to the Office of Institutional Equity and Compliance. If you would like to share more information about what occurred and discuss options for addressing this conduct, you can contact the OIEC 303-492-2127 or cureport@colorado.edu.

“Hi, id be particularly interested on your views on combatting rape culture in order to protect and create safe spaces for your attendees as it looks as though one of your faculty @DrMichaelAnn is promoting sex through coercion targetted at your cis lesbian students,” the user commented.

@CUBoulder Looks like this person is employed by yourselves, is the universities stance on sexual assault that lesbians have to be pressured in to sex using coercion?

Later that day, the university responded that DeVito’s speech had been “reported.”

DeVito’s obviously protected expression is far from the first social media post to be kicked into the school’s investigation mill.

In 2020, for example, the university tweeted the same response to users who objected to commentary by CU Boulder economics professor Phil Graves, who commented on a Facebook post about the rate at which minorities commit crimes. Critics accused him of making racist and sexist statements on his personal social media pages.

In 2019, CU once again sent its canned, chilling response to a student who complained he’d just walked out of his writing class “after hearing a chain of 9-11 jokes started by my professor and carried on by students in the class. Classless and distasteful to say the least.”

Thank you for sharing your concern. We reported this to the Office of Institutional Equity and Compliance. If you would like to share more information about what occurred & discuss options for addressing this conduct, you can contact the OIEC 303-492-2127 or cureport@colorado.edu

A number of tweets targeted by the university have since been deleted — a testament to just how effective this reporting procedure has been at silencing speech.

So what happens when the university’s Twitter account reports conduct to the Office of Institutional Equity and Compliance? It’s hard to say with precision.

The OIEC promises it won’t do anything bad.

“Resolution Processes will be conducted by staff who are appropriately trained and have qualifications and experience that will facilitate prompt, fair, equitable and impartial resolutions,” its Resolution Procedures state.

But the OIEC also has a lot of power.

If the office determines an enforceable violation has occurred, a formal adjudication process may commence whereby a respondent would be required to submit to administrative interviews, document review, may retain an advisor, and attend adjudicative hearings. Students or student employees found responsible for conduct violations may face disciplinary action including “educational sanctions, probation, letter of reprimand or corrective action, restrictions or denial of university services, suspension, exclusion from campus, expulsion, demotion, dock in pay, or dismissal.”

In Speech First v. Schlissel, the United States Court of Appeals for the Sixth Circuit held that a bias response reporting protocol at the University of Michigan likely infringed students’ First Amendment rights. As we wrote at the time, “the Sixth Circuit found that the UM’s Bias Response Team was likely to chill the speech of students for two reasons:”

“[T]he Sixth Circuit explained that the students’ speech was likely to be chilled,” we noted at the time, “because a referral from the [bias response] team could lead to serious consequences — such as a criminal conviction or expulsion.”

CU Boulder’s OIEC has these same capabilities. Tweet-responses directing protected speech into OIEC’s system would deter many students from speaking up in the first place.

When a student or faculty member merely states their opinion on social media, absent any additional allegation or indication that a crime or policy violation has occurred, there is no need for additional reporting, investigation, or administrative interference.

While CU Boulder does have jurisdiction to conduct preliminary inquiries into conduct administrators reasonably believe may violate the code of conduct, “reasonably” is the key word.

Because CU administrators are government agents bound to uphold basic constitutional freedoms, they must be able to assess reported speech and determine whether it is protected. When a student or faculty member merely states their opinion on social media, absent any additional allegation or indication that a crime or policy violation has occurred, there is no need for additional reporting, investigation, or administrative interference.

CU Boulder should know this. Last year, the university worked with FIRE to earn our organization’s highest green light rating for speech-related policies. We have called the university a “national leader” on protecting campus speech.

Yet the school’s “preliminary” investigation model for reporting free speech if anyone complains has the opposite effect, casting a chilling pall over students and faculty on social media platforms — spaces the Supreme Court has called “the modern public square.”

A practice that automatically silos any community member with a controversial view into an official, government-sanctioned investigatory process violates CU Boulder’s legal obligation to protect First Amendment rights on campus. Reasonable students and faculty will silence their controversial views before expressing them, lest CU Boulder take its typical “preliminary” step — of reporting them up the chain.