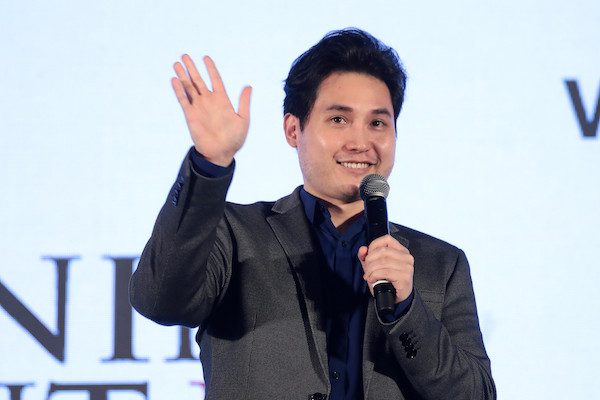 In a letter to Dartmouth College’s administration today, FIRE demanded to know why administrators unilaterally canceled an in-person appearance by conservative journalist Andy Ngo and activist Gabriel Nadales. The college required the event to be held online-only, citing “information” from law enforcement after apparent threats of violence. But it’s unclear what “information” justified the change (the college has said there was no “bomb threat” and that law enforcement sweeps of the venue weren’t in response to “specific information”) or why security would not have been able to handle anticipated protests — especially given that those protesters never appeared.

On Jan. 20, the Dartmouth chapters of the College Republicans, Turning Point USA, and Network of Enlightened Women were scheduled to host Ngo and Nadales to discuss left-wing political violence in the United States. Shortly before the event began, Dartmouth administrators required the groups to move the on-campus event online, citing information from local law enforcement.

Last Thursday, the Dartmouth College Republicans hosted a virtual anti-Antifa event featuring conservative journalist Andy Ngo and libertarian Gabriel Nadales. The event had to be shifted to a virtual format due to safety and logistical issues. https://t.co/wxLUZEW55N

This cancellation came two days after the event organizers shared with administrators statements from Dartmouth Anarchists (the college doubts the sincerity of this group’s statement, noting its Instagram account was created last week and there’s “no evidence” it has “any relationship to Dartmouth”), Northeast Antifa, and other organizations indicating a plan to protest inside the event venue at 6 p.m., an hour before the event was set to start. Dartmouth’s Safety and Security lieutenant Gene Thompson thanked the organizers for sharing and assured their members that the university would “provide the safest environment possible for a successful event.” Dartmouth Director of Institutional Events & Logistics Jim Alberghini told the group that if information changed, the college “reserve[d] the right to change the format.” The organizers, however, insisted that the event remain in person.

Dartmouth worked with local law enforcement agencies to arrange for increased security in and around the venue. Those arrangements included not only officers from the college’s police department, but also officers from the Hanover Police Department and New Hampshire State Police, who conducted a “routine sweep”—which the college said was “not initiated because of specific information” — before the event was set to begin. Yet, approximately two hours before the event was to begin, administrators — citing “concerning information” from the Hanover Police Department — told student organizers the event must take place online or be canceled entirely. Ultimately, despite the calls for disruptive protests, none materialized in the hours leading up to the planned event.

The Ngo and Nadales event eventually did take place virtually — but that does not excuse Dartmouth’s indefensible decision to cancel the in-person program without full transparency, thereby infringing the expressive rights of the College Republicans, TPUSA, and Network of Enlightened Women. While we appreciate that Dartmouth took steps to ensure that some version of the event took place, it must justify the restrictions it imposed. And those restrictions have substantial implications for both speaker and listeners. There are material differences between in-person events, where the audience may have the opportunity to engage with the speaker, and virtual events, which are by their nature siloed and may involve little or no meaningful interaction amongst participants. That’s especially true where the event was to have an in-person question-and-answer session, which would have allowed Ngo and Nadales’ critics and supporters to engage with them.

Dartmouth capitulated to a “heckler’s veto” — which only incentivizes future threats of violence in response to unpopular speech.

Dartmouth citing “concerning information” for its actions is not enough. It is a vague statement that tells us — or, importantly, the sponsoring organizations — nothing about the nature or scope of the risk or why it was allegedly sufficient to overwhelm the significant security arrangements already in place. Civil liberties require more than blind trust in authorities’ incantation of safety. That is why FIRE wrote Dartmouth today demanding answers on what exactly led to the in-person event’s cancellation and whether alternative options were considered or taken prior to moving it online.

Dartmouth’s decisions demand transparency. While authorities may take steps to advance “legitimate” public safety concerns, that authority is not endless, and must be the “least restrictive with respect to” expressive rights of the speaker.  Otherwise, a “heckler’s veto” will prevail, and authorities would have broad authority to limit speech under dubious security rationales, as actions taken to limit speech “will nearly always be susceptible to being reimagined and repackaged as a means for protecting the public, or the speaker himself, from actual or impending harm.”

If authorities can engage in a cancel-first approach to threats of violence over unpopular speech, that heckler’s veto will be — and has been — used to enlist police, administrators, and other authorities in suppressing speech across the political spectrum.

For example, in 2019, Portland State University canceled an International Socialist Organization meeting because a conservative provocateur said he would show up to the meeting to “ask questions.” That cancellation followed a similar one at nearby Portland Community College. Additionally, last year, a professor’s online class was reassigned after a video went viral of the professor disagreeing with a student about the value of police.

But in capitulating to a heckler’s veto, Dartmouth has violated these promises to its students, effectively siding with the event’s critics by canceling the event.

As we said in our letter, Dartmouth must demonstrate it had good reason to do so:

The on-site reports—that no protesters appeared, that the police presence was robust, and that law enforcement sweeps beforehand were “routine” and not the result of “specific information”—suggest that relegating Ngo’s appearance to a virtual forum may not have been justified by legitimate security interests. Dartmouth has cited unidentified “information” from law enforcement to justify its decision. It must share that information, together with any facts that would provide Dartmouth students and the public with the ability to ascertain whether Dartmouth’s cancellation of the in-person event was the least restrictive means of protecting expressive rights. As a college that promises students robust free speech rights, Dartmouth must demonstrate that there was no action short of canceling the event that would have ameliorated any security concerns.

Dartmouth must make transparent its reasons for canceling the in-person Ngo and Gabriel Nadales event and reaffirm its commitment to students that they enjoy expressive rights on campus.