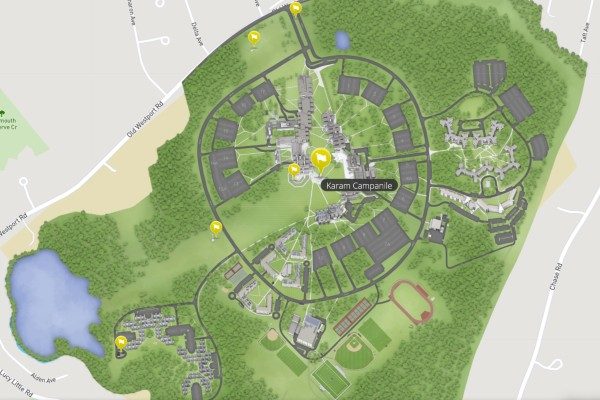 “Free speech zone” policies are on the decline. FIRE’s Spotlight on Speech Codes 2020 report, released last week, found that 8.3% of surveyed schools maintain such policies, which limit student expressive activities to small and often out-of-the-way areas on campus. This number represents a significant improvement over the past decade: A 2013 FIRE survey found that 16.4% of campuses — roughly double today’s percentage — maintained a free speech zone policy.

Yet, despite facing litigation, legislation, and policy reform work to eradicate free speech zone policies, some schools still hold on. One such school is the University of Massachusetts Dartmouth, FIRE’s Speech Code of the Month for December.

UMass Dartmouth’s “Public Forum Use of University Facilities” policy states that students may conduct expressive activities in “public forum spaces” on campus, but when listing out these spaces, provides just one option: “The grassy areas to the south and east, within 75 feet, of the campanile, bounded by the Group I campanile walkway and the Group IV campanile walkway.”

The policy initially provides that students may exercise the right to assembly “in appropriate public forums without seeking sponsorship or permission of the University,” but a few paragraphs later, the policy states:

Person wishing to use a public forum space must inform the Department of Public Safety (DPS) at least 48 hours in advance regarding the date, time, number of people involved, and the contact person(s) for the event.

So which is it? Can students use this area (or any other area) without permission, or will they be forced to talk to the university police department two days before they’re able to get out and express themselves on campus?

A blanket notice requirement for any and all use of public forum space is not a reasonable “time, place, and manner” restriction, and it prevents students from meaningfully responding to recent and still-unfolding events.

This isn’t the first time FIRE has written about this particular policy. Back in 2012, FIRE wrote that, for UMass Dartmouth to live up to its legal obligations under the First Amendment as a public university, “the vast majority of campus should be available for public assembly and speech.” As FIRE pointed out at that time, according to an article from The Standard Times, the policy had not been enforced since its creation in 2005.

Whether or not the policy has been applied in the past 15 years, its lingering presence is a problem. As FIRE wrote back in 2012: “Even if administrators choose not to enforce the policy, the fact that it is on the books certainly deters students from practicing speech that might violate the policy.” This chilling effect on protected expression is unacceptable at a public institution like UMass Dartmouth.

And, as FIRE also pointed out in 2012, “an unenforced policy that is still officially in effect leaves ample room for selective enforcement. The university could easily decide to enforce the policy when confronted with speech it does not like.”

Which expressive activity do you think is more likely to be shut down: students handing out flyers about a benefit for shelter dogs, or students conducting a protest about abortion rights? A policy like this, which may be lying dormant on the books currently, can be brought up again in moments of controversy to restrict speech.

UMass Dartmouth must set the record straight. If it has no free speech zone, it must clarify in its policy that other publicly available outdoor areas on campus may be utilized for expressive activities. And if students really can assemble “in appropriate public forums without seeking sponsorship or permission of the University,” the university must remove the part of the policy that directly contradicts that previous statement by requiring advance notification.

Until then, the university abandons its legal and moral obligations to uphold the First Amendment rights of its students.