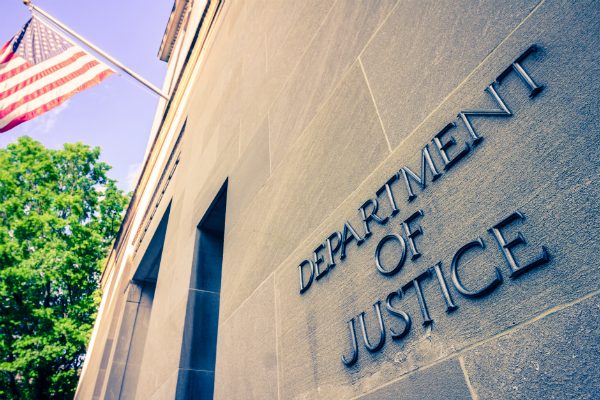 Yesterday, the U.S. Department of Justice filed a statement of interest in a lawsuit filed in September by FIRE against Mississippi’s Jones County Junior College as part of FIRE’s Million Voices Campaign. The DOJ’s statement, accompanied by a press release, forcefully argues that “public colleges cannot trample on their students’ First Amendment rights to free speech.”

Our lawsuit raises a First Amendment challenge to the college’s policies requiring administrative approval, at least three days in advance, for all “meetings or gatherings” on campus and giving administrators discretion over whether to schedule an event. Plaintiff and former student Mike Brown alleges that he was stopped by campus police twice for attempting to speak with fellow students about free speech and civil liberties issues without the college’s permission.

JCJC’s speech policies do not pass First Amendment muster in at least two major respects: they operate as a prior restraint on all student speech and contain no exception for individuals or small groups; and they further grant school officials unbridled discretion to determine which students may speak, and about what they might speak.

The DOJ took no position on a pending motion to dismiss filed by defendants in October, which argues that plaintiffs lack standing to pursue their claims and that certain defendants are entitled to qualified immunity. Rather, the Department notes that defendants “tellingly make no effort to reconcile JCJC’s speech policies with the First Amendment,” and argues that “regardless of whether this particular case may proceed, JCJC, as a public institution of higher education, has a freestanding obligation to comply with the First Amendment.” To that end, the DOJ gives the college some pointed advice:

As a public institution of higher education, JCJC should be encouraging speech, not stifling it. Its unconstitutional conduct cannot stand. JCJC need not—and should not—wait for a court with jurisdiction to steamroll it into compliance. It should comply voluntarily with the First Amendment—and soon.

The DOJ statement comes only a week after FIRE announced that Jackson State University eliminated or revised all of its speech policies that conflicted with the First Amendment, becoming the sixth institution in Mississippi to earn the highest, “green light” rating from FIRE. With that, Mississippi became the second state, after Arizona, to have all of its rated universities earn a green light rating.

Yesterday, the nation’s highest law enforcement agency made clear its view that Jones College should stop bucking this statewide trend and act to uphold its students’ First Amendment rights.