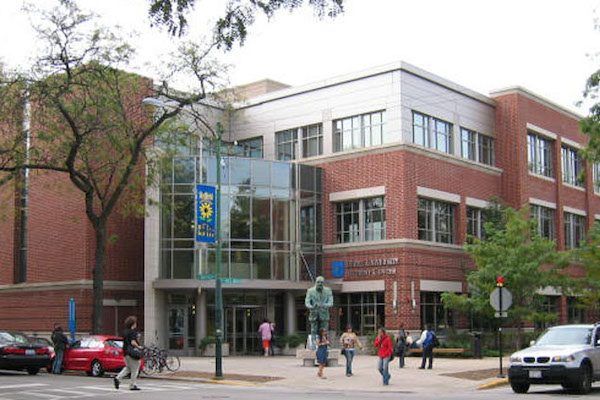 The outside speaker policy at Chicago’s DePaul University vests a single DePaul administrator with broad powers to reject any campus speaker based on the content of his or her speech. The policy runs afoul of the free speech promises DePaul makes to its students and faculty.

DePaul told Newsweek that the event was cancelled because TPUSA failed to follow its established marketing and ticketing guidelines for student events. It’s true that DePaul’s policy requires that student organizations “may not begin publicizing” their intent “to bring a particular speaker to campus until a final decision has been made” by the Speaker Review Committee, and organizations are “strongly encouraged to request that the speaker also not publicize the potential invitation.” It’s also true that the Kirk and Owens appearance was publicized before a decision had been made. DePaul arguably could have rested its decision not to move forward on that basis and left it at that.

Instead, DePaul cited the speakers’ prior expression as a contributing factor in its decision to bar the event.

“A major contributing factor in the request denial was the marketing and ticketing of a proposed event prior to approval,” Associate Vice President for Student Affairs Rico Tyler wrote in a Sept. 17 denial letter to DePaul’s TPUSA chapter. But “concerns regarding violent language at the sponsoring organizations [sic] national convention as well as identified populations being singled out in a demeaning fashion were discussed” and counted among the “considerations” leading to the denial.

According to the speaker review policy, “[s]peakers that encourage hatred or physical violence are not aligned with DePaul’s mission.”

The university has not disclosed the specific “violent language” that was considered and ruled sufficient to disqualify students from inviting Kirk and Owens.

In a series of tweets, Owens contested DePaul’s characterization of her words as violent.

“BLACK PEOPLE DO NOT HAVE TO BE DEMOCRATS is not ‘violent language’,” Owens (who is herself a black conservative) wrote. “Depaul is enslaving black minds.”

For the first time ever, my right to speak as a black conservative is being DENIED at @DePaulU in Chicago by VP Rico Tyler. He has referred to my words as “violent language”.

BLACK PEOPLE DO NOT HAVE TO BE DEMOCRATS is not “violent language”.

My ideas are not violent.
In fact they are so sensible that they require censorship.
Censorship—because they threaten the entire liberal establishment which has been built upon a lie. @DePaulU, there is no event you can cancel that will stop this political awakening.

Owens’ event is now slated to happen on the original date, but at an off-campus location.

DePaul is a private institution. It is not bound by the First Amendment. But it should keep the promises that it makes, including its promises that students enjoy freedom of expression at DePaul.

For example, DePaul’s recently updated “Guiding Principles for Speech and Expression” maintain that “free and open expression [is] essential to intellectual inquiry”; “that, as a university, we have a responsibility to provide a setting in which a broad and diverse range of ideas can be exchanged civilly and respectfully”; and that “members of the DePaul community [have the right] to engage in speech and expression consistent with the values of academic freedom, free inquiry, and civil discourse.”

“[I]ndividuals,” the policy continues, “[may] express their viewpoints, even at the risk of controversy.”

Yet DePaul’s Speaker Review Policy undermines these promises by allowing the university to unilaterally disallow campus speakers whose views it finds distasteful.

That policy institutes a speaker review board whose purpose is to, among other things, decide which speakers are appropriate and which are not, while still giving a DePaul administrator final discretion to ultimately reject a student-sponsored speaker if he or she determines the speaker’s speech is subjectively “harmful” or “demeaning.”

This presents little threat to speakers whose views are relatively uncontroversial, but permits DePaul unfettered discretion to bar any speaker whose past statements have been in any way controversial.

And lest you think DePaul discriminates against only conservative-leaning speech, think again: The university has a long history of burdening speakers whose views extend far across the political spectrum, including campus socialists and student advocates for drug reform.

The TPUSA incident demonstrates how DePaul’s speaker policy also goes to great lengths to appear to provide an impartial process, when in reality, it simply gives DePaul additional opportunities to ensure controversial speakers stay off campus.

The speaker review committee consists of two faculty members, two staff members, and three students, and is tasked with making recommendations on speakers to the administration. Yet those recommendations are non-binding; instead, a DePaul administrator retains unfettered authority to decide which speakers are not aligned with “DePaul’s mission” or “encourage hatred.”

This strongly suggests DePaul’s policy is intended to be a means of allowing the administration to stop speakers under the guise of subjecting them to a majority vote, and giving them an override in case that stopgap fails.

Since DePaul promises students the right to free speech, students shouldn’t have to appeal a viewpoint-discriminatory decision about a speaker they want to invite. DePaul should be upholding its commitment to freedom of expression, not panels’ decisions to the contrary. The university should also be open about its speech-related processes.

DePaul has a downright dismal record of providing the free speech rights it promises students — so much so that when FIRE named its 2018 Worst Colleges for Free Speech earlier this year, DePaul received FIRE’s first-ever “Lifetime Censorship Award” for having either appeared on or been considered for our Worst Colleges so frequently we felt it warranted a special (dis)honor.

With DePaul’s consistent disregard for the free speech rights of its students, including policies like the one implicated in this latest campus speaker debacle, the university appears poised to live down to its ignominious title for a long time to come.