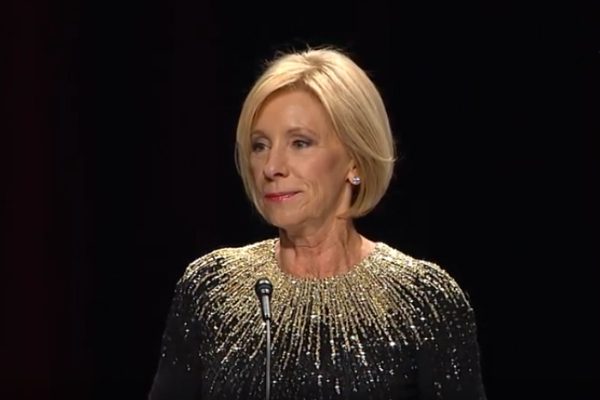 Last week, Secretary of Education Betsy DeVos accepted the Barbara K. Olson Woman of Valor Award from the Independent Women’s Forum. At the event, she made remarks about Title IX, among other issues, which have been posted on the Department of Education’s website. The speech comes as the department is readying the release of the final version of its Title IX regulations, which are expected to include welcome changes from the directives issued by the previous administration.

In describing the previous Title IX regime, DeVos criticized the lack of specific procedural safeguards in many campus disciplinary processes:

Whatever evidence is presented may or may not be shown to all parties. Whatever witnesses—if even allowed to be called—may or may not be cross-examined. And government dictated that schools must use the lowest standard of proof.

This is no exaggeration; FIRE has been sounding the alarm about these problems for years. In fact, our annual Spotlight on Due Process report, which rates the due process protections afforded to students at our nation’s top 53 universities, explicitly looks for many of the same protections DeVos mentioned. Unfortunately, most colleges abjectly fail to ensure these basic due process protections. To take just one of Secretary DeVos’ examples, a shocking 90.6 percent of campuses studied provide no guarantee that respondents can meaningfully cross-examine witnesses. 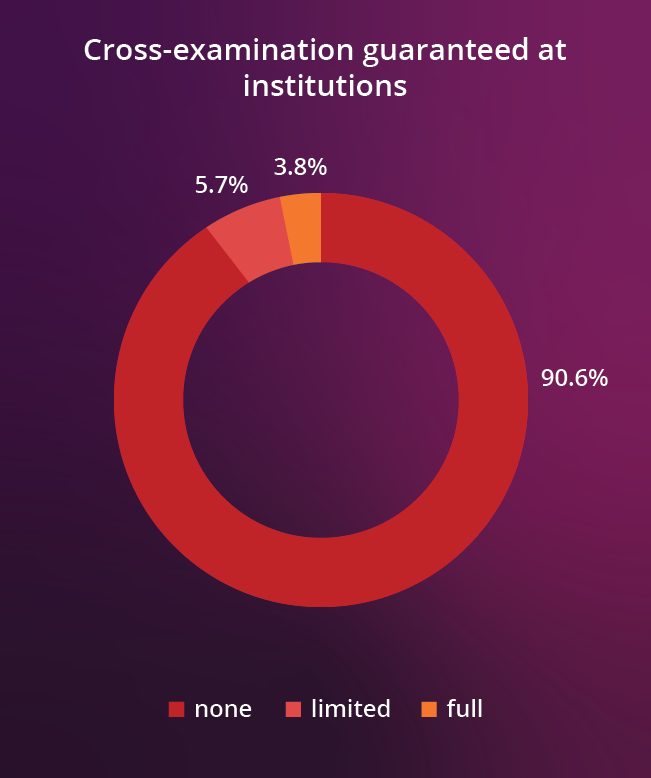 DeVos also mentioned the growing phenomenon of campus bias response teams — groups of administrators and others (often including law enforcement officials) who take reports of and “address” student and faculty speech deemed to fall under a variety of broad definitions of “bias.” In 2017, FIRE published a report on these bias response teams and found, as the secretary mentioned in her speech, that over 200 schools empaneled such groups. Unsurprisingly, FIRE’s report discovered many instances wherein these teams reported constitutionally protected speech.

Also noteworthy among DeVos’s remarks was her criticism of “incredible broad definitions of … harassment.” One of FIRE’s major critiques of the post-2013 Title IX regime was that the Department of Education’s Office for Civil Rights was purporting to require schools to adopt an extraordinarily low standard for sexual harassment. That definition — “any unwelcome conduct of a sexual nature,” including “verbal conduct” — sent a strong message to colleges that they must adopt clearly unconstitutional speech codes in the form of sexual harassment policies.

FIRE has long expressed sentiments much like that of Secretary DeVos when she says, “Punishing speech protected by the First Amendment trivializes actual harassment. Harassment codes which trample freedom of speech derail the primary mission of a school—of learning… that is, to pursue truth.” Colleges’ responsibilities to defend free speech and academic inquiry and to curb discriminatory harassment need not be in tension. For this reason and many more, we’ve suggested that the department use the Supreme Court definition of student-on-student sexual harassment from Davis v. Monroe County Board of Education. That standard, which strikes an appropriate balance between prohibiting harassment and protecting free expression, appeared in the department’s draft regulations last year. FIRE’s comment to the Department of Education strongly encouraged it to stick to this definition in its final regulations.

FIRE is always appreciative when leaders bring public attention to our issues. With the looming release of the new Title IX regulations, we’re heartened by the positions signaled in Secretary DeVos’s speech.