Halloween has been a flashpoint for free-speech controversies for many years, but at the University of Maryland, College Park (UMD), a “green light” school, students took a different approach. Shelby and I participated in a Free Speech Rally at which the College Park Students for Liberty, the Black Student Union, Terps for Trump, the UMD chapters of the College Republicans, Youth for Johnson, Young Americans for Liberty, Turning Point USA, and Students for Justice in Palestine all came together and sponsored a celebration of free speech.

The rally started out in front of the library next to the dramatic statue of Frederick Douglass, a fervent advocate for free speech best known for his work bringing attention to the horrors of slavery. As Douglass pointed out, “To suppress free speech is a double wrong. It violates the rights of the hearer as well as those of the speaker.” The event was held in that spirit, with students from across the political spectrum standing up to introduce their organizations and political convictions. Although these groups may not share political tenets, they shared the most important common ground: a commitment to the free exchange of ideas. As a result, a representative from Terps for Trump was able to speak just after a student from Youth for Johnson made an impassioned speech about alleged media suppression of Gary Johnson’s candidacy.

FIRE was proud to have been among the sponsors of this event. One of our Stand Up For Speech plaintiffs, Nicole Sanders, who forced Blinn College to reform its speech codes through settlement of her lawsuit, spoke about how being a plaintiff changed her entire outlook on life. We’ll have a more detailed report on Nicole’s visit to the Washington, D.C. metro area later this week, but one of Nicole’s comments resonated particularly with the student activist crowd. When asked why she sued her college, she responded that her fellow students always told her that one person could never make a difference and she wanted to prove them wrong.

Shelby and I participated in the event and addressed the importance of students speaking out—especially at green light schools such as UMD, where the administration understands that passionate advocacy is essential to intellectual growth. 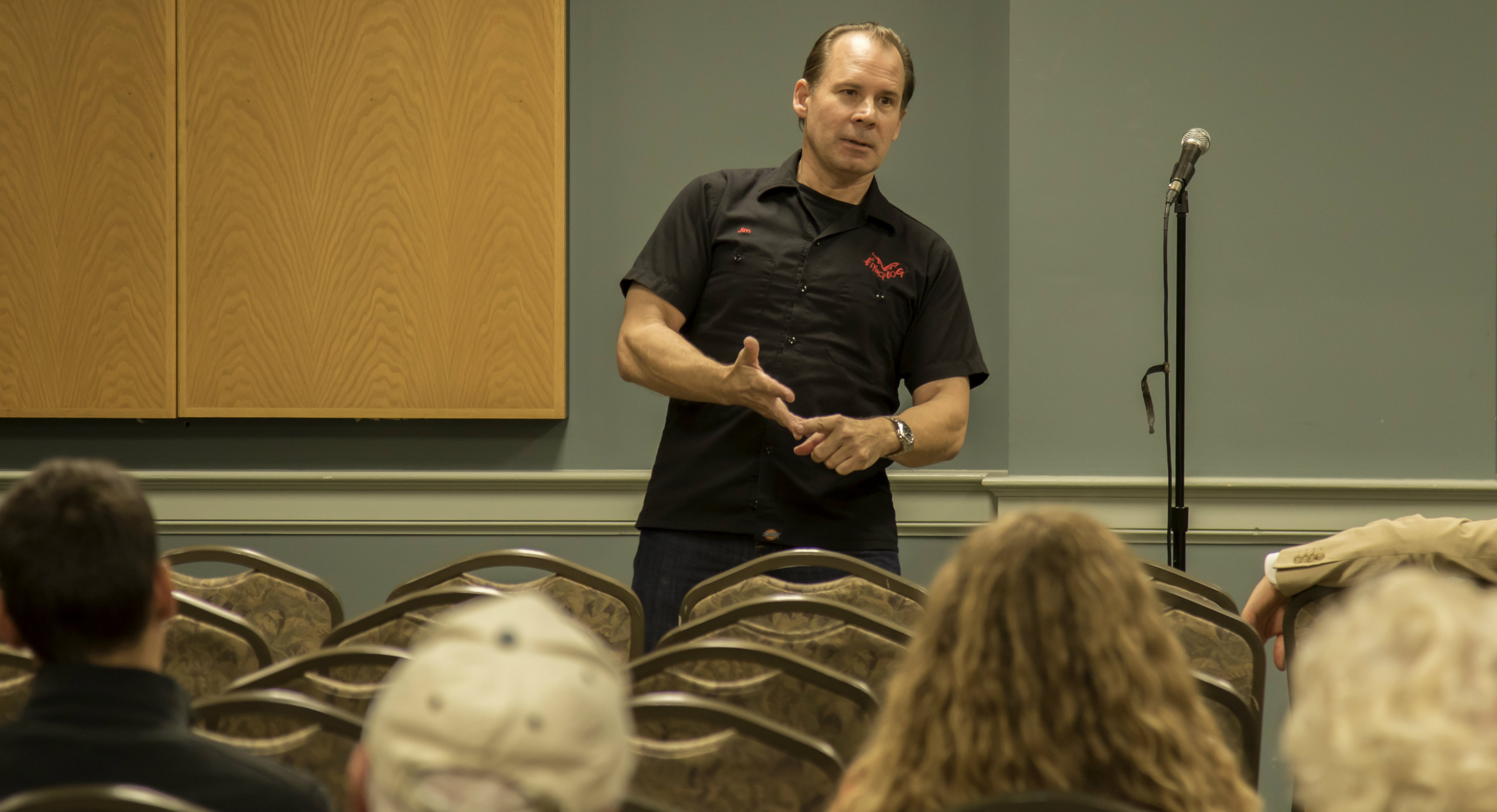 The event ended with a talk by Jim Caruso, the CEO of Flying Dog Brewery. Jim has had his own battles against state regulators who wanted to censor his beer labels, as recounted in one of FIRE’s recent podcasts. But at this event, Jim focused on the power of creative thinking, telling students not to think outside the box (where it’s cold and dark) but at the edge of the box, away from everyone else crowding the stuffy middle. Implicit in his remarks was the acknowledgment that staking out a position at the creative edge would do little good without the power of free expression to share those ideas with others.

Here’s hoping that students at other campuses follow the lead of their counterparts at UMD and engage in the free exchange of ideas with a wide variety of students and student groups—followed, of course, by some really great mingling over food and drink.