FIRE > Newsdesk > Top Story > Due process legal update: a victory for due process in Indiana 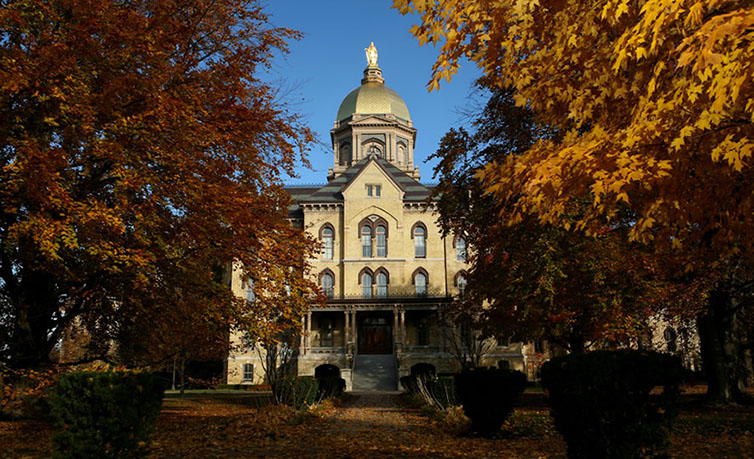 Late last month, Patricia Hamill of the law firm Conrad O’Brien filed a lawsuit against the University of Notre Dame on behalf of a pseudonymous “John Doe” plaintiff, alleging that Notre Dame unfairly expelled him just a few weeks before he was slated to take his last two finals and graduate. After filing his suit, Doe moved for a temporary restraining order and preliminary injunction permitting him to take his last two finals. Doe’s efforts were successful, and the court granted his preliminary injunction.

Last week, Judge Philip P. Simon of the U.S. District Court for the Northern District of Indiana ordered Notre Dame to administer Doe’s last two finals, minimizing the disruption to Doe’s education should his suit succeed. While Doe raised several claims in his complaint, the opinion only discusses Doe’s breach of contract claim. In his opinion, Judge Simon held that Doe had “more than a negligible chance of prevailing on his contention that Notre Dame’s disciplinary process as applied in his case was arbitrary and capricious in a number of respects.” While the entire opinion is worth a read, particularly for due process litigators, I’d like to focus on two particular issues: the right to active counsel and a plaintiff’s choice of remedies.

First, the right to active counsel. FIRE has written about the need for counsel in suspension- and expulsion-level disciplinary hearings numerous times. Judge Simon heavily criticizes Notre Dame’s disciplinary process, which allows a student to have a lawyer or advisor accompany them, but does not permit that attorney or advisor to actually participate in the process. Judge Simon picked apart Notre Dame’s purported rationale for allowing students to have an advisor while forcing the advisor to stay silent:

When asked at the preliminary injunction hearing why an attorney is not allowed to participate in the hearing especially given what is at stake—potential dismissal from school and the forfeiture of large sums of tuition money—Mr. Willerton, the Director of the Office of Community Standards and a member of the Hearing Panel, told me it’s because he views this as an “educational” process for the student, not a punitive one. This testimony is not credible. Being thrown out of school, not being permitted to graduate and forfeiting a semester’s worth of tuition is “punishment” in any reasonable sense of that term.

Judge Simon hits the nail squarely on the head. It’s not enough for a student to have counsel present — but silent — at a hearing. Without counsel who can actively participate in a hearing, students may miss critical opportunities to respond to evidence, challenge testimony, and present an adequate defense. It’s simply indefensible to claim that a procedure that results in suspension or expulsion from school, with potentially lifelong consequences, is educational and not punitive.

It’s also important to note that Judge Simon found that Notre Dame’s treatment of Doe was flawed in numerous other ways. For example, Notre Dame dumped his accuser’s supplementary materials on Doe less than three days before his hearing. Doe was expected to review the materials in person during business hours without making copies of the materials. Notre Dame also failed to obtain and review all of the texts that were sent between Doe and the complainant. And, adding insult to injury, Notre Dame even failed to provide Doe with “meaningful notice” of the charges he faced. (These are just some of the problems that Judge Simon identified.)

Students aren’t ultimately able to adequately defend themselves against charges if they don’t know what the charges are or have an opportunity to acquire, meaningfully review, or present exculpatory evidence. And these are, by the way, tools that colleges and universities may have but that they show little to no interest in using. Accordingly, it’s not hard to see why Judge Simon found that Doe had “demonstrate[d] some likelihood of success on the merits of his breach of contract claim.”

Judge Simon then focused on the remaining elements of a preliminary injunction analysis and found that the potential gap in Doe’s educational history “constitutes irreparable harm to John’s reputation and resumé for purposes of career prospects and possible further academic advancement.” And the relief Doe sought was minimal: “To administer two exams to John Doe is a modest requirement, it presents no logistical burden to Notre Dame and is virtually costless to the institution.” In other words, if it turns out that Doe is ultimately found not responsible for the charges, he would still have to explain to future employers or graduate schools why he had a gap in his education — an injury that can be easily avoided.

What is particularly noteworthy here is the court’s discussion of other types of relief that plaintiffs have sought in similar situations. Judge Simon explained that “[a]n injunction requiring a university to allow a student to return for an entire school year strikes me as a much greater burden to the university than what is being requested here—the taking of two final examinations.” While it’s true that Doe did not need to return to class for a year, he simply needed to complete his last two finals, he could have sought additional relief. Doe could have asked that his degree be conferred or that he be permitted to attend his graduation. But Doe did neither of these things. Instead, he asked for the exact relief he and his attorneys thought he needed.

It’s essential to contemplate this point, because Doe’s success so clearly hinged on his attorneys’ tactical decision to ask for precisely the right type of relief. By asking for modest relief, Doe was able to test the judge’s evaluation of the facts early on. This may help him push for an early settlement, given the significant number of due process issues that Judge Simon identified. Asking for modest relief in a temporary restraining order or preliminary injunction isn’t a tactic that will work in every case. It can be appropriate or even necessary to ask for significant or complete relief, even at the outset of a case. What is important is asking for the right relief.

Doe will be permitted to take his finals (if he hasn’t taken them already) and his case will continue on. FIRE will keep readers apprised of any updates.

The written order is here, and embedded below: