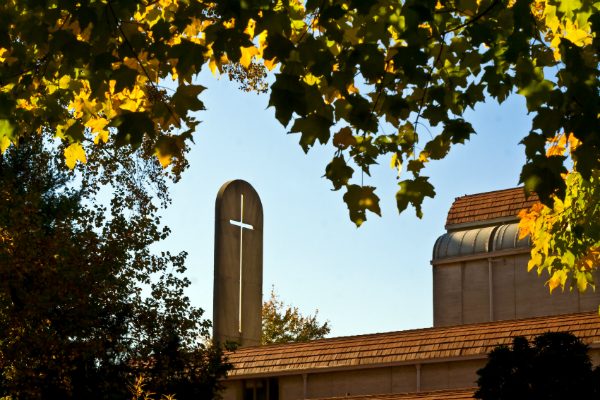 Last September, we covered the suspension of Paul Zwier, a white professor at Emory University School of Law, after he used the word “nigger” while discussing the facts of a civil rights case. After Zwier subsequently told a student, who had come to his office to discuss the controversy, that Zwier had been called a “nigger-lover” by white racists angered by his civil rights work, the university initiated disciplinary proceedings. That sparked a letter from FIRE and two letters from the American Association of University Professors, raising concerns about the implications of Emory’s conduct on due process and academic freedom.

Despite those warnings, Emory has continued down a path toward Zwier’s termination, setting a hearing for Oct. 4, 2019. In August 2018, Zwier was barred from teaching first-year classes for two years, and agreed to participate in “dialogues focused on racial sensitivity,” after he used the word in discussing the first of two cases involving racial discrimination, the latter a case in which Maryland’s highest court held that a termination was not “driven by an improper motive,” even though the defendant’s manager was quoted as saying: “[Y]ou nigger boys make me sick[.]”  Zwier also agreed to revise the teacher’s manual for his textbook with suggestions for how teachers using his text can avoid offending students. Although this resolution appeared largely (if not entirely) voluntary, we explained that Zwier’s investigation and subsequent resolution threatened academic freedom and risked chilling speech for all professors whose coursework covers sensitive material.

In October, a student of color approached Zwier during his office hours to discuss the controversy. Zwier sought to share an anecdote in which a white racist angrily accused Zwier of being a “nigger-lover” because of Zwier’s views on race. After the student reported this conversation to Emory’s administration, Zwier was suspended indefinitely and banned from campus. Zwier’s suspension led to letters from FIRE and the AAUP arguing that Emory’s actions violated Zwier’s academic freedom and that he should be reinstated. As the AAUP’s letter pointed out, there was no evidence that Zwier’s in-class discussion “employed the word in question other than as an integral part of his pedagogical goals,” which “poses issues of academic freedom.” FIRE also explained that, although understandably offensive to some, Zwier’s use of the word in these contexts did not amount to prohibited harassment under Emory’s policies.

Despite these warnings, Emory has proceeded with steps towards terminating Zwier, specifically citing his in-class discussion. According to a report by Law.com, in June, after Zwier sought a hearing on his indefinite suspension, then-interim dean of Emory’s School of Law James Hughes, Jr. sent a letter to Emory’s Faculty Hearing Committee asking that Zwier be stripped of tenure and terminated for “moral delinquency” and “incompetence[.]” Following this, the AAUP sent a second letter, this one arguing that “Dean Hughes’s […] stated grounds for dismissal is impermissible under AAUP-supported principles of academic freedom.”

The proceeding against Zwier is apparently predicated not only on his in-class speech—the AAUP’s second letter notes that the “dismissal recommendation appears to be founded on Professor Zwier’s two uses of the n-word,” not only the second use—but also on his letter asking for a hearing concerning his indefinite suspension, which Hughes said “cast[s] doubt on the sincerity of [Zwier’s] apology and his fitness for continued service.”

The AAUP also explains that the dismissal proceedings are improperly predicated, at least in part, on the “disruption and turmoil” and “overwhelmingly negative impact on the reputation of the Law School” following Zwier’s remarks, which the AAUP correctly notes are not proper justifications to discipline a faculty member. There are myriad cases, the AAUP’s letter explains, in which “administrations [disciplined faculty] for bad publicity, reputational harm, adverse effects on student recruitment and retention, alumni dissatisfaction, and the like,” but these are impermissible “considerations not related to professional fitness[.]”

Contrast Emory’s year-long response to classroom speech germane to the subject matter with the controversy involving Professor Laurie Sheck at The New School. Sheck was investigated for racial discrimination after she quoted the “n-word” during a discussion about black writer James Baldwin’s use of the word, and how others citing him chose not to use it. After a letter from FIRE explaining the academic freedom implications of this investigation, The New School wisely and quickly departed from its path to discipline, exonerating Sheck of all charges. That response recognized that while academics may make mistakes or be unwise in how they approach offensive language or material, academic freedom and freedom of expression embrace the ability of faculty members to make such mistakes and of students and colleagues to respond vociferously. It does not mean that a faculty member is not competent to teach their subject matter.

Zwier’s hearing is scheduled for Oct. 4. Emory should follow The New School’s lead by instead vacating that hearing and allowing Zwier to return to teaching.

Cases:  Emory University School of Law: Law Professor Suspended, Faces Termination for Use of Racial Epithet In Class and Conversation with Student