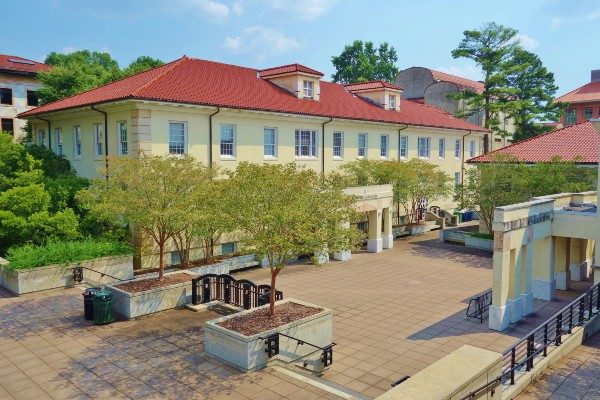 Steadily growing scrutiny from the higher education media and organizations including FIRE has caused Emory University to backtrack on its previous demand that Professor J. Douglas Bremner remove the name of the university—including the fact that he is an Emory professor—from his private blog. Bremner, a professor of psychiatry and radiology at Emory’s School of Medicine, has used his blog Before You Take That Pill as a launching pad for his criticism of the pharmaceutical industry.

Emory demanded that Bremner remove its name from his blog because of a January 28 post in which Bremner mocked a Seattle apartment complex’s decision to evict a mental health blogger for smoking cigarettes. Bremner resorted to satire to express a faux medical opinion that quitting smoking could have potentially adverse effects on a person like Philip Dawdy, the blogger in question. That Bremner was employing satire is apparent upon reading the entire post, which originally also included a humorous letter to the management of the apartment complex on his personal university letterhead.

Bremner’s use of Emory letterhead for this parody (whether or not it was actually sent) prompted at least one complaint from an unnamed person “outside the university.” On April 22, Emory’s medical school sent Bremner two letters. One, from Executive Associate Dean for Administrative and Faculty Affairs Claudia R. Atkins, asked him to remove the letterhead from the site, telling him that “Emory’s policies prohibit the use of Emory’s name, logos, trademarks, and letterhead for personal, non-Emory business.” (Of course, this wasn’t “business” of any kind—it was a parody.) The second, from Interim Chair Steven T. Levy, expressed concern over “making clinical recommendations for a patient [he] does not know and [has] never examined,” mentioned the “threat of a complaint to the Georgia Medical Licensure Board,” and said that using his “Emory title” and Emory’s letterhead in this fashion “implicates the university in [his] private matters.” All of this over a manifest joke. Nevertheless, Bremner complied, removing both the university’s name and his affiliation from his blog.

A number of health-related and other blogs picked up on this absurd incident, and Inside Higher Ed reporter Scott Jaschik published an article on July 1 raising questions about potential double standards at play here. It has been suggested that the ultimatum to Bremner may be connected to Bremner’s criticism of the pharmaceutical industry. (Recently, Emory has been scrutinized over its faculty’s ties to the industry, and Emory’s School of Medicine has been responding.) Jaschik quotes Sarah E. Goodwin, Assistant Vice President and Director of Media Relations for Health Sciences Communications at Emory, saying that “if you read [Bremner’s blog] over a long period of time, you can see comments he makes that may be of concern.” AAUP President Cary Nelson, reached for comment by Jaschik, stated that “What [Emory] absolutely cannot do is say that he cannot identify himself as an Emory faculty member.”

Fortunately, Bremner noted yesterday that Emory has changed its tune on the issue, “chalking it up to a big misunderstanding, basically, and yes I can identify myself as university faculty.” Bremner had contacted FIRE shortly before the resolution, and FIRE was investigating. We’re glad that in this case our involvement never had to get past the investigation stage and that Bremner’s ability to describe his professional identity when he speaks freely and humorously on controversial issues has been restored.