FIRE > Newsdesk > Top Story > ESPN host Stephen A. Smith talks about being censored as a student journalist and the importance of free speech in HBO interview 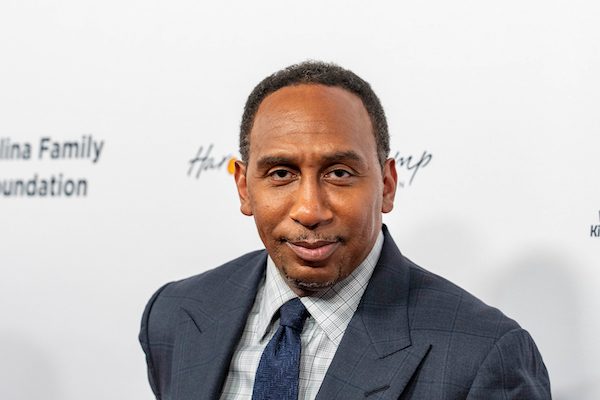 Before tonight’s NCAA men’s championship game, thousands of fans will turn to Stephen A. Smith to hear his thoughts on the matchup between the Tar Heels and Jayhawks. Smith built “First Take” into one of ESPN’s signature shows by embracing sports debate and not shying away from any argument. But Smith recently revealed that, when he was a college journalist, this same willingness to embrace debate and speak his mind almost got him kicked out of his university.

On “Game Theory with Bomani Jones” last month, Smith shared a story of his near-miss with censorship when he was a student athlete and student journalist at Winston-Salem State University. At the time, Smith felt that his legendary basketball coach, Clarence “Big House” Gaines, should retire due to his health. After Gaines rejected Smith’s private calls to retire, Smith wrote a column in the student newspaper advocating for Gaines’ retirement.

Stephen A. Smith (@stephenasmith) recounts his days as a student journalist when "calling it like he sees it" meant risking his academic future. pic.twitter.com/8MFwkJZT7f

In response to his column, Smith said that the chancellor and several members of the athletics department wanted him thrown out of school. Luckily, Gaines stood up for Smith, telling the would-be censors that Smith wanted to be a journalist.

Censorship is an abstract concept, but it has real human costs.

Smith recalls Gaines saying, “[P]art of [Smith’s] job is calling it like he sees it; I don’t have to like it, but he handled it the way it was supposed to be handled. Leave him alone.” Luckily for Smith, this message of support from “Big House” got the attention of administrators, who ultimately did leave Smith alone.

Smith graduated and went on to have a storied career in sports journalism, beginning as a sports reporter at the New York Daily News. Smith then had two gigs at CNN and FOX Sports before spending the majority of his journalistic career at The Philadelphia Inquirer and ESPN. He now works exclusively at ESPN and is undeniably one of the most influential voices in sports television.

Unfortunately, Smith’s experience as a student journalist nearly kicked out of school by thin-skinned administrators sounds all-too–familiar to us at FIRE. Had he been thrown out, Smith may still have found his way to the sports media mountaintop — but maybe not. Even someone as talented as Smith would have had a hard time finding a job in sports media without a college degree, especially if he were forced to disclose in job applications that he was expelled from his university.

Smith’s experience as a student journalist nearly kicked out of school by thin-skinned administrators sounds all-too-familiar to us at FIRE.

Censorship is an abstract concept, but it has real human costs. Smith was lucky that Gaines stood up for him, but not all student journalists have someone on campus who will fight to protect them when the censors come calling — and they always do.

Luckily, FIRE’s Student Press Freedom Initiative stands up for the rights of student journalists who just try to tell the truth, with helpful resources and a 24-hour hotline. Smith’s story reminds us all to embrace debate and to stand up to censorship.