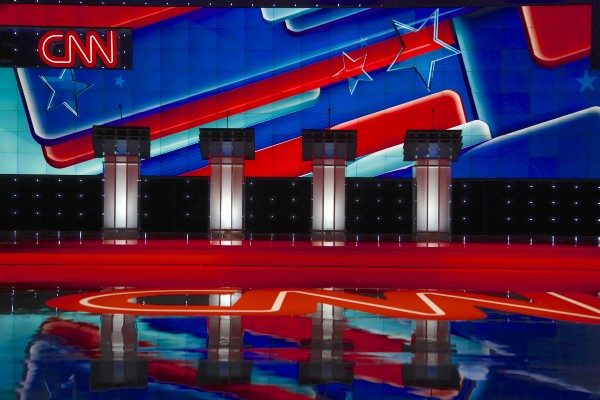 Though the nature of the presidential and vice presidential debates this year is still up in the air due to COVID-19 concerns, three schools have officially agreed to host them. However, each of these schools has at least a few concerning policies that may limit the ability of its students to openly discuss and share their ideas and opinions, hindering an important part of the political process.

The first presidential debate will be held September 29 at Case Western Reserve University in Ohio.

Case Western earns a “red light” rating in FIRE’s Spotlight database of speech codes, meaning it has at least one policy that both clearly and substantially restricts freedom of speech. Though the university is private and not bound by the First Amendment as public universities are, it commits itself to honoring the rights of students to “hold and express opinions different from [their] own.”

However, Case Western has many policies that put those rights in danger. The most egregious one (and the one that earns the university its red light rating) is its posting policy, which prohibits the posting of both explicitly and implicitly “derogatory, obscene, or offensive message[s].”

This policy’s prohibition on “derogatory” and “offensive” messages includes clearly protected speech. By using such subjective and ambiguous terms, the policy impermissibly restricts free speech. It also is likely to have a chilling effect, as students may self-censor to avoid being punished under the policy’s vague language.

Ultimately, these policies serve to stifle student discussion and debate.

Though Belmont is not currently included in FIRE’s Spotlight database, it is likely that the university would be listed as a warning school, meaning it clearly and consistently states that it holds a certain set of values above a commitment to freedom of speech.

The university states in its mission statement that its students “encounter Christian values relevant to personal growth, service and spiritual maturity and are expected to commit themselves to high moral standards.” It also doesn’t expressly promise free speech anywhere in its student guidebook other than a vague reference to “intellectual discourse and debate” in its mission statement.

Belmont states that it reserves the right to limit student access to materials that “do not comport with the standards of the community.” It further includes “epithets, derogatory comments [. . .] derogatory posters, cartoons, calendars and drawings” as possible examples of harassment. The school also prohibits the posting of campaign signs, except ones posted by students in their own room or temporary signs posted for a “candidate forum, debate or political event” (like the presidential debate that will be held there).

Because Belmont is a private university and not bound by the First Amendment, it has the legal right to place other values above free speech and expression. Private schools have their own First Amendment right to free association, meaning they can cultivate a community of like-minded people with the same values and commitments.

However, it may be worth considering the harm done to both students and faculty by limiting their free speech rights, particularly regarding political speech, when the campus is hosting a major political event. Like some of the policies at Case Western, Belmont’s policies and culture have the potential to silence political speech at a pivotal moment.

The one and only vice presidential debate will be held October 7 at the University of Utah.

The University of Utah is a yellow light institution in FIRE’s Spotlight database.

As a public university, the University of Utah is bound by the First Amendment to provide students and faculty their constitutional right to free speech. However, some of the university’s policies regarding harassment, bias incidents, and hate speech could encourage administrative abuse and arbitrary application that captures protected speech.

For example, the university categorizes a bias or hate incident as any “form of expression or action that is motivated wholly or in part by prejudice or bias” and that “may or may not” rise to the level of prohibited discrimination. It further states that any bias incident, no matter how minor, may be reported.

In contrast, the university rightfully permits students to exercise their demonstration rights freely, limiting them only in ways that are permitted by law, such as to prohibit violent conduct.

Though the university has some strong policies respecting the free speech rights of its students, some protected speech (especially communication surrounding political debates) could be caught in the broad net of the university’s harassment, bias, and hate speech related policies.

When debates themselves often involve hot-button topics such as immigration, racial justice, police reform, and women’s rights, these issues are also likely to crop up in communication among students. It’s entirely possible that these conversations could be uncomfortable or even offensive, but political discourse is essential to our democracy.

It follows, then, that it is essential that our universities, especially those hosting these debates, offer up an environment that fosters and encourages such communication, rather than chilling or outright prohibiting it.

That’s why we hope that in the context of these debates and upcoming political conversations, schools will reconsider their speech-restrictive policies. FIRE is happy to help any school revise those policies to become a place where debate and deliberation can truly be welcomed.