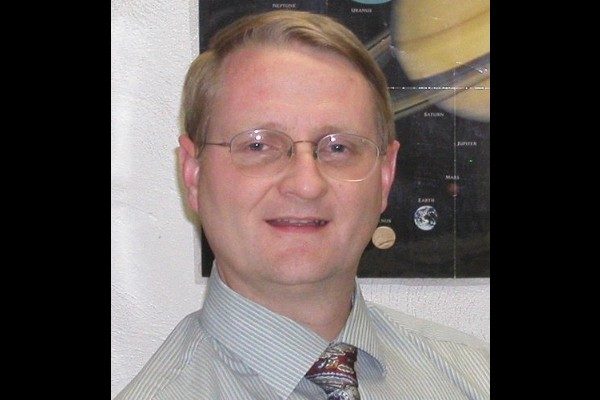 FIRE’s Mary Zoeller recently caught up with Larry Smith, a professor of physics and math at Snow College and current president of the college’s faculty senate, for an email interview to discuss his recent work with the faculty senate to adopt a policy statement on free expression.

In late April, Snow College’s faculty senate became the first institution or faculty body in the state of Utah to adopt a free speech policy statement modeled after the “Chicago Statement,” and only the 72nd in the nation to do so. Echoing the widely admired statement on free expression drafted at the University of Chicago in 2015, the faculty at Snow hope to inspire the college community to “protect and promote free expression” and to “debate and discuss the merits of competing ideas.”

Students at Snow College should also be encouraged to know that in addition to the faculty senate’s adoption of the Chicago Statement, the college itself maintains a “Free Speech” policy that guarantees that Snow “supports and encourages the free exchange of ideas and believes that is central to the education mission of the College.” With that background, let’s hear what professor Smith has to say about academic freedom, free expression on campus, and what he hopes will be the ripple effect of this statement’s adoption.

This interview has been edited and condensed for clarity.

Mary: Professor Smith, thanks for being with us and sharing your insights on these important issues. In your leadership role in the faculty senate, you’ve advocated for a free speech policy for some time now. Why do you think it is important for an institution to have an affirmative statement endorsing free speech and academic freedom?

Professor Smith: I’ve been concerned with reports in the press about guest speakers fearing for their safety or even getting disinvited. I’ve also been concerned that some faculty members have been disciplined at other institutions for speaking out. None of this has happened at Snow College yet, but I wanted to prevent it from happening. As senate president I also wanted to protect academic freedom in class. We have [a] good administration so our academic trigger warning basically said we aren’t going to shield you from uncomfortable ideas.

Mary: What spurred the faculty senate to take up this initiative to adopt a version of the Chicago Statement?

Professor Smith: There was no particular incident on our campus that prompted our action; it was a proactive measure. A quick web search leads one to the Chicago Statement [which is the] gold standard.

Mary: In a line echoing the language of the Chicago Statement, the faculty senate resolution affirms that “fostering the ability of members of the Snow College community to engage in such debate and deliberation in an effective and responsible manner is an essential part of Snow College’s educational mission.” What does this line mean, practically, on the college’s campus?

Mary: In an age of partisan politics and polarization, how do educators and institutions encourage students to engage in dialogue?

Professor Smith: I think our students at Snow College are too content and not engaged in debate enough. I want to encourage them to engage in civil debates but not become so exercised that they stop listening to those who disagree with them.

Mary: Any advice for students, faculty, or administrators who would like to adopt a version of the Chicago Statement at their institution?

Professor Smith: Gauge the level of interest and support [on your campus]. Have them read [FIRE president and CEO Greg Lukianoff’s] “The Coddling of the American Mind.”

Mary: Why do you think no other institutions in the state have taken this step to actively embrace free expression?

Professor Smith: Maybe [these institutions] haven’t seen the need, or it just hasn’t come up. Maybe they feel free speech is already adequately protected. However, when I mentioned in an email to the senate leaderships across the state system they seemed glad [about] it and it is on the agenda for [an upcoming] meeting.

Mary: What do you hope this adoption will do for on-campus discourse?

You can read the faculty senate’s full resolution here. For readers interested in finding out more about the Chicago Statement, visit FIRE’s comprehensive resource page on the Chicago Statement. For a similar interview with a professor at Colgate University, click here.