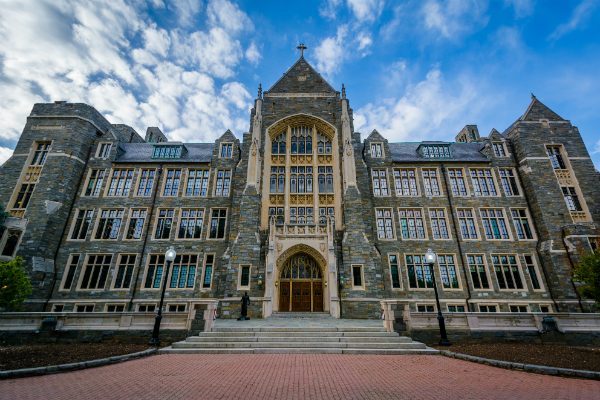 Note: Following the initial delivery of this letter on Jan. 31, Georgetown Law dean William Treanor announced that Ilya Shapiro was suspended pending an investigation into his comments on the basis of whether they constituted harassment or discrimination. FIRE condemned Georgetown Law’s action, and continues to invite faculty to add their names to the list of signatories below. They may request to be added by emailing facultyoutreach@thefire.org.

We understand that some have called for Ilya Shapiro to be fired from his position as Executive Director of the Georgetown Center for the Constitution, because of his tweet criticizing President Biden’s pledge to appoint a black woman as a Justice. We think such a firing—or subjecting Shapiro to disciplinary action of any kind based on his tweet—would be contrary to basic academic freedom principles, which Georgetown rightly applies (1) to “all faculty,” including “lecturer[s]” such as Shapiro, and not just tenure-track faculty, and (2) to “professional service” and “all the domains of [faculty] academic activity,” which would include public commentary by public intellectuals, and not just “research” and “teaching.”

We agree that the reference in the tweet to “a lesser black woman” was a poor way of expressing the message (and Shapiro’s apology seems to agree as well). “[Sri Srinivasan] doesn’t fit into the latest intersectionality hierarchy so we’ll get [a less-qualified] black woman” is presumably what Shapiro meant to say. But setting aside that one mistake—which should not be seen as a fireable offense—the substance of the message, which is that Sri Srinivasan is the most qualified progressive nominee, and that it’s wrong for the President to pass him over because of race and sex, is a position that is most certainly protected by academic freedom principles of “[f]ree inquiry and unconstrained publication of the results of inquiry.”

To be sure, the substantive position about the President’s pledge, and about the relative qualifications of the various possible appointees, is not a position that all of us endorse. Indeed, some of us have publicly disagreed with it.

But academic freedom protects Shapiro’s views, regardless of whether we agree with them or not. And debate about the President’s nomination, and about whether race and sex play a proper role in such nominations more generally, would be impoverished—at Georgetown and elsewhere—if this view could not be safely expressed in universities. Indeed, to the extent that people do think it’s proper for a President to promise to fill a position with a member of a particular group, they can only have real confidence in that conclusion if they know that the contrary view can be freely supported and discussed, and has been found unpersuasive on the merits rather than silenced by fear of firing. That is famously the way academic discourse about science operates. And it is true for moral and political judgments as well.

More broadly, firing Shapiro for expressing his views will send a message to others in Georgetown—both faculty (and especially untenured faculty) and students—that debate about matters having to do with race and sex is no longer free; that the promises of academic freedom are empty; and that dissent from the majority views within the law school is not tolerated. That will chill far more than just honest discussions of this particular Presidential nomination.

Note: Further signatures will be continually added as they arrive. If you’re interested in adding your signature to this letter, please email facultyoutreach@thefire.org. University titles are for identification purposes.