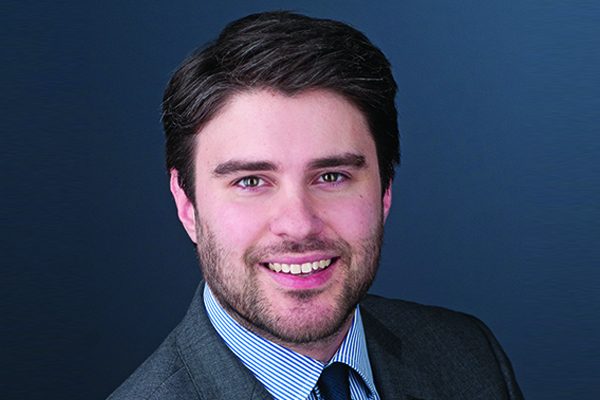 In this occasional feature, FIRE interviews members of our Faculty Network to discuss their research, teaching, and advocacy on free expression at their institutions. This month, we talked with University of Georgia professor Jonathan Peters.

Jonathan Peters is a media law professor with faculty appointments in UGA’s College of Journalism & Mass Communication and the School of Law. He is the press freedom correspondent for the Columbia Journalism Review, and he has written for Esquire, The Atlantic, Sports Illustrated, Wired, and CNN. He has also blogged about the First Amendment for the Harvard Law Review, and he is a frequent commentator on media law matters for The New York Times, The Washington Post, Vanity Fair, CNN, NBC, CBS, NPR, and PBS. Peters is a coauthor of the book The Law of Public Communication, and his scholarship has appeared in journals published by the law schools at Berkeley, Harvard, NYU, and the University of Virginia, among others. He is a volunteer First Amendment lawyer for several nonprofit organizations.

First off, could you tell our readers a little bit about your background as well as some of your current teaching and research interests?

I research media law and policy, and most of my work is in two areas. First, I study how internet companies make decisions about the content they host, along with the role that First Amendment principles play in those decisions. Second, I study how recent economic, political, and technological changes have renewed and complicated efforts to regulate the modern practice of journalism through the main sources of American law.

Outside those areas, I also do international and comparative research in media law and policy. For example, I’ve completed projects on the freedoms of press and peaceful assembly for the Organization for Security and Co-operation in Europe, based in Vienna, and I’ve collaborated with a variety of civil society organizations to support the assembly-related work of the U.N. Human Rights Committee. I’ve also been a consultant on press rights in Central Asia, working with the U.N. Development Programme and the U.S. Agency for International Development.

Not surprisingly, I mostly teach media law, but I’ve also taught undergraduate courses in information gathering, feature writing, and media ethics, as well as graduate courses in social media policy and in contemporary press freedom. I regularly mentor doctoral and master’s students, too, and I’m active in my university’s study-abroad program, sometimes teaching in Prague in the summer.

You’ve written about press freedom both in America and abroad for a variety of publications over the years. If you had to list one current challenge to media freedom that keeps you up at night above others, what would you say it is?

I wrote an article recently for the First Amendment Law Review titled “The Modern Fight for Media Freedom in the United States,” and in it I discussed four discrete challenges that concern me. The first is misinformation. The second is press rights at protests. The third is freedom of information. And the fourth is how tech platforms have evolved into serious threats, financially, to journalism. It would be tough for me to choose the one that most concerns me, and there are challenges not in my list that are significant (e.g., electronic surveillance of journalists and other efforts to obtain their sources), but the one challenge that has occupied more of my time than the others — thinking about it, writing about it — is press rights at protests.

Protests are frequently the only means for those without direct access to the press to bring their ideas or grievances to the public. So news reports provide an important element of public accountability for protest organizers and for the government.

I wrote in 2017 that a protest is the most dangerous place in America to be a journalist, and that’s even more evident today than it was then. It’s far too common for journalists covering a protest to be unlawfully detained or arrested; to have their equipment damaged or seized; and/or to be physically assaulted, either by police or by participants in the protest. There needs to be greater police understanding that officers have a negative duty not to interfere with journalists and a positive duty to protect journalists, because ensuring their safety is a precondition of ensuring their exercise of constitutional rights. Moreover, there needs to be greater police understanding that the role of journalists in covering a protest is to report information on matters of public interest — information that the public has a corresponding right to receive. Protests are frequently the only means for those without direct access to the press to bring their ideas or grievances to the public. So news reports provide an important element of public accountability for protest organizers and for the government. Last thing, it sure wouldn’t hurt if police had greater understanding that the First Amendment generally protects the recording (photo and video) of officers performing their duties in a public space.

I’ll reduce the scope of my previous question and focus on the campus press, which you’ve also covered in your writings. You’ve advised many student journalists on their First Amendment rights and the obstacles campus reporters face. What are the challenges to student journalism today? Are there questions or concerns you hear from student journalists more now than in previous years?

I regularly do pre-publication reviews of stories to vet them for sources of liability, and since the start of the #MeToo movement, I’ve seen a big increase in stories that focus on allegations of sexual assault — committed by students against students, faculty against students, and so on. These stories require careful attention to detail, to libel and privacy issues, and to the sourcing of all claims. What’s new here isn’t the legal analysis; it’s the volume of stories. And in my experience the student journalists are working hard to get the stories completely nailed down, to get them right and to write them well. It’s been a privilege to be part of their supporting cast.

Otherwise, I’d say that a major (and evergreen) challenge to student journalism is freedom of information. Student journalists are so often denied access to public records and meetings, for example, and they clash constantly with school PR officials, who are categorically zealous in their efforts to control the narrative and would qualify for the Olympics if there were a sport in obfuscation. Many schools treat their daily operations as something of a papal conclave.

As I’m writing up these interview questions I’m also seeing headlines about a proposed Senate bill that would make social media platforms face potential liability for hosting vaccine-related misinformation — a reminder (not that we needed one) of how large the issue of misinformation looms in the national discourse. Does this add additional challenges to teaching journalism today, or does it reinforce first principles?

Because journalists are beneficiaries and benefactors of the First Amendment’s favored metaphor, the marketplace of ideas, they have a responsibility to protect it from bad actors — while being careful how they do it.

A bit of both. Misinformation underscores the importance of media literacy and the skill of evaluating sources, and more broadly misinformation makes the case for the value of good journalism, that which is produced by journalists who make every effort to get a story right and who are as transparent as possible about their practices — and who issue timely and clear corrections when warranted (journalists are fallible, so mistakes are inevitable). As a value proposition for citizens in a democracy, good journalism stands in stark contrast to misinformation.

With that in mind, consumers should support good journalism and those producing it, tech companies should reduce the incentives for people to create and spread misinformation, and journalists should be faithful to their principles and should call out misinformation and its sources. Because journalists are beneficiaries and benefactors of the First Amendment’s favored metaphor, the marketplace of ideas, they have a responsibility to protect it from bad actors — while being careful how they do it. When reporting on a lie, for example, it’s best to limit its description, because repeating misinformation can reinforce it. All of this is part of a modern journalism education, and it’s both a challenge and an opportunity for faculty and students alike.

Lastly, journalism faculty are a particularly valuable faculty constituent for FIRE because the First Amendment’s principles are so directly woven into their work, and as such they’re naturally positioned to help lead on campus free expression issues. Is there any advice you might offer to faculty looking to get more involved or be more effective in this area?

The historian Laurel Thatcher Ulrich once said that “well-behaved women seldom make history,” and I like to say that well-behaved citizens seldom make First Amendment law. It’s a colorful field, and it’s filled with cases involving parties who are profane, dissident, offensive, and deviant (and that’s just George Carlin). It’s important to engage with the idea that your own expressive rights are generally indivisible from those of someone who repels you. This work can be as attitudinal as it is intellectual. It’s also important to engage deeply with First Amendment doctrines and principles — and to do it critically.

This is a dynamic field, and its shape has emerged fitfully over time. In the last 70 years, the Supreme Court has held that the First Amendment protects profane political speech as well as symbolic conduct that communicates ideas, and the Court has whipsawed its way through the rules of free speech and campaign finance. It has revolutionized libel law, and it has extended First Amendment protection to films, broadcasts, the Internet, video games, and beyond.

New technologies and social/political/cultural issues will continue to challenge and change First Amendment law. That’s an opportunity for someone who wants to get more involved or be more effective — to develop the understanding (attitudinal and intellectual) to engage productively with the doctrines and principles as they’re tested in real time.