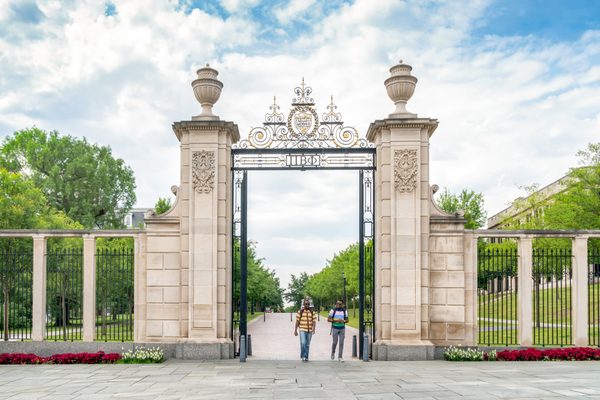 FIRE has written previously about the UA system’s new tenure policy, which we opposed and encouraged the system not to adopt. It did so anyway, adopting the policy on March 29, 2018. The new policy is scheduled to take effect on July 1, 2019.

Key to the faculty members’ complaint is the argument that the new tenure policy significantly expands the grounds that the system can use to fault faculty performance and initiate dismissals of tenured faculty:

39.   The Revised Policy makes quantitative changes to the definition of “cause” by expanding the list of “grounds” that justify termination. For instance, faculty purportedly may be dismissed for “cause” under the Revised Policy for “unethical conduct, . . . a pattern of conduct that is detrimental to the productive and efficient operation of the instructional or work environment[,]” and for “unsatisfactory performance . . . concerning annual reviews.”

40.   Each of the “grounds” in the Revised Policy listed in the previous paragraph sets a far lower standard for termination of a faculty member than any of the “examples” in the Original Policy. Accordingly, the Revised Policy also makes qualitative changes by including new types of “grounds” that constitute less serious justifications for dismissal.

As we wrote particularly of the new policy’s “pattern of disruptive conduct or unwillingness to work productively with colleagues” language, “this definition veers into the territory of punishing faculty members based on their ‘collegiality,’ a practice condemned by the American Association of University Professors (AAUP).”

The UA professors’ lawsuit is seeking class status for what the plaintiffs estimate are hundreds of UA system faculty who were on the tenure track or held tenure as of March 29, 2018, the day the UA system adopted the new tenure policy. The suit, filed in the U.S. District Court for the Eastern District of Arkansas, asks the court to enjoin application of the new policy to the class, arguing that the retroactive application of the policy would violate their contractual rights and run afoul of federal and state law and court precedents.

Coverage of the lawsuit in the Arkansas Democrat-Gazette notes the possibility that the lawsuit could have been avoided if the state legislature had prohibited the new policy’s retroactive application. One legislator tried to get just such a bill passed, without success:

Senate Bill 232, sponsored by Sen. Kim Hammer, R-Benton, during this winter’s session of the Legislature sought to prevent new rules from retroactively applying to existing contracts between faculty members and their schools. It failed to pass through the education committee.

Robert Steinbuch, an attorney at the William H. Bowen School of Law at the University of Arkansas at Little Rock, worked the legislation with Hammer. The bill “would have obviated this lawsuit,” he said when reached by phone Friday afternoon.

FIRE will follow this lawsuit and update readers on its progress, and we’ll also continue to monitor tenure and academic freedom in the University of Arkansas System should the new policy take effect as currently scheduled.