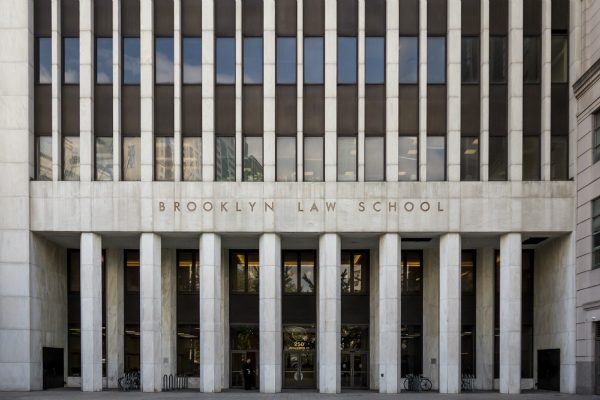 This year marks the centennial of the first Supreme Court cases to give serious consideration to free speech, decided in response to convictions of dissenters who opposed American participation in World War I and allegedly incited interference with the war effort. By coincidence, 2019 also marks the 50th anniversary of Brandenburg v. Ohio, the 1969 case that established the modern rule for when political speech can be suppressed for inciting lawless action and, conversely, when it is constitutionally protected.

This Brooklyn Law Review symposium brings together noted free speech scholars and practitioners to consider the history of the incitement cases, their relevance today in a world of social media and terrorism anxiety, and their enduring importance. The panels in this day-long event will span the time horizon from 1919 to 2019 and beyond…

→ For general inquiries regarding this event, please contact the BLS Office of Events at events@brooklaw.edu or (718) 780-7966.

The Floyd Abrams Institute for Freedom of Expression recently filed an amicus brief in Rucho v. Common Cause. Mr. Abrams is the counsel of record and is joined by Francesca Procaccini, David Schulz, Charles Sims, and the Media Freedom and Information Access Clinic at Yale Law School. The main arguments raised in the brief are:

Qualifying for Reporter’s Privilege in the Digital Age

Inside Higher Ed: “A Free Speech Purist [Geoffrey Stone] Opts Not to Use the N-Word”

Geoffrey Stone, Edward H. Levi Distinguished Service Professor of Law at Chicago, is something of a free speech purist. He chaired the committee that wrote the much-emulatedChicago statement on campus speech, for example, and he’s not afraid to make students uncomfortable if it helps them learn.

Until this week, that included saying the N-word in during a First Amendment law lecture he often gives on the fighting-words doctrine. That’s the legal line between free speech and words that would incite immediate violence or retaliation. Stone has previously argued that saying the N-word to illustrate it is useful.

This week, however, after meeting with a group of students who were hurt by his recent use of the word, Stone said that he won’t say it anymore.

“This is really important — this is not about censorship, or about anybody telling me what to do or not to do,” he said. “This is something on which students have enlightened me. And that’s great.”

On Wednesday, March 6, Professor Geoffrey Stone began Constitutional Law II: Freedom of Speech with a promise to never again use the story described below as an in-class pedagogical lesson. In his decision, he cited the voices of Black law students at the University of Chicago Law School who spoke with him earlier that day.

On Wednesday, January 23, 2019, University of Chicago Law School Professor Geoffrey Stone personally and purposefully spoke the full N-word in the classroom. The following op-ed contextualizes this incident and calls for action.

Florida Bill: Crime for Minors to Post Pictures of Guns on Social Media

Lin Wood: “I am a believer in the First Amendment, but I believe the First Amendment has no strength and real value if there is not accountability for wrongdoing. So when people on the other side say, ‘Lin Wood’s trying to chill speech,’ I’m trying to seek redress for false attacks, false speech. False speech has no value. And in Nicholas Sandmann’s case, you’re talking about false speech that threatened, attacked, and vilified a minor child. If I am accused of chilling that kind of speech, I’m happy to take up that banner and wave it proudly. We don’t need that speech. That’s not what the First Amendment is about.”

On March 3, 1903, Congress passed the 1903 Immigration Act, which barred anarchists from entering the U.S. and also facilitated the deportation of anarchists already in the country. The law became a model for subsequent immigration laws designed to keep political “undesirables” out of the country. See the subsequent restrictive immigration laws at October 16, 1918; May 26, 1924, which imposed a notorious national origins quota system that discriminated against southern and eastern Europeans; and June 27, 1952.

Possibly the first victim of the law was John Turner, a British anarchist who was arrested shortly after the law was passed. On this day, while out on bail and with his appeal pending in court, he discussed his arrest and detention to a labor union meeting in New York City. He said he was treated more respectfully in European countries under monarchical governments. The Free Speech League was handling his legal case.

#203.1 Paul Sparrow: “The Newseum, the First Amendment, and a Lost History”