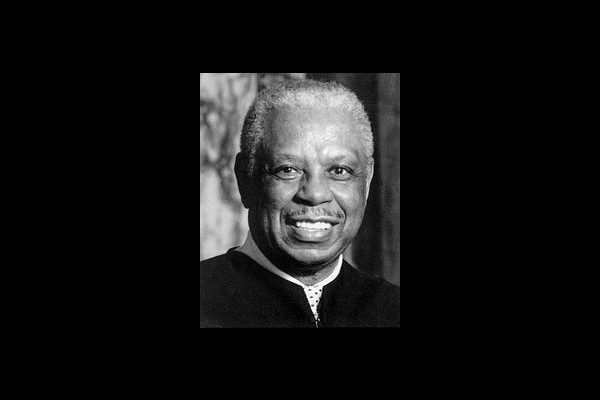 The Executive Branch seeks to uproot people’s lives, outside the public eye, and behind a closed door. Democracies die behind closed doors. The First Amendment, through a free press, protects the people’s right to know that their government acts fairly, lawfully, and accurately in deportation proceedings. When government begins closing doors, it selectively controls information rightfully belonging to the people. Selective information is misinformation.

Without question, the events of September 11, 2001, left an indelible mark on our nation, but we as a people are united in the wake of the destruction to demonstrate to the world that we are a country deeply committed to preserving the rights and freedoms guaranteed by our democracy. Today, we reflect our commitment to those democratic values by ensuring that our government is held accountable to the people and that First Amendment rights are not impermissibly compromised. Open proceedings, with a vigorous and scrutinizing press, serve to ensure the durability of our democracy.

Those are some of the most eloquent and perceptive words ever written about the value of a free press. They were penned by neither a famous Supreme Court Justice nor a renowned First Amendment scholar. No, those words are to be found in Detroit Free Press v. Ashcroft (6th Cir., 2002), a seminal First Amendment opinion authored by Judge Damon J. Keith, who died a few days ago. The issue in the case was whether the press and public should be permitted to witness immigration hearings for suspects detained in connection with the September 11th attacks. The plaintiffs, Detroit Free Press, Detroit News, Michigan Representative John Conyers, and Rabih Haddad, challenged an executive order that closed the hearings. The district court granted the plaintiffs’ request for an injunction, finding the executive’s blanket closure of deportation hearings in “special interest” cases unconstitutional. A three-judge panel affirmed in an opinion (16,582 words) by Judge Keith.

The importance of Judge Keith’s opinion:

The case is Uradnik v. Inter Faculty Organization. The issue raised in it was whether it violates the First Amendment to appoint a labor union to represent and speak for public-sector employees who have declined to join the union. The Eighth Circuit denied the First Amendment challenge and on Monday the Supreme Court of the United States denied cert.

In light of the Roberts Court’s First Amendment rulings in Knox v. Service Employees (2012), Harris v. Quinn (2014), and Janus v. AFSCME (2018), the Uradnik case might have seemed tempting. Then again, the Justices do have yet another union case before them — 1A Auto, Inc. v. Sullivan (issue: Does Mass. Gen. Laws c. 55, § 8 violate the First Amendment and the Equal Protection Clause by banning businesses, but not unions and non-profit organizations, from making political contributions?).

A federal judge in Texas ruled that a law that prohibits state contractors from boycotting Israel violates the First Amendment.

Bahia Amawi, a U.S. citizen of Palestinian descent, worked as an independent contractor for a school district in Austin, Texas for nine years. Last year, when her contract came up for renewal, it contained a clause that said she wouldn’t boycott Israel.

Texas is one of 25 states that have passed laws requiring state agencies to not do business with companies that support the BDS movement—boycott, divestment, and sanctions against Israel. The movement, which is modeled on the South African anti-apartheid movement, rose in response to Israel’s occupation of Palestinian territories and the country’s treatment of Palestinians.

When Amawi, who works as a speech pathologist, refused to sign the contract, the school district terminated her services. Amawi filed suit in December 2018 against the Pflugerville Independent School District and Ken Paxton, the Texas Attorney General.

While the state of Texas argued that “[b]oycotting is plainly not speech,” Judge Robert Pittman, the U.S. District Court for the Western District of Texas Austin Division, begged to differ. Citing a landmark Supreme Court decision, NAACP v. Claiborne Hardware Co., the judge wrote,“The Court went on to hold that the NAACP’s ‘boycott clearly involved constitutionally protected activity,’ and that the State’s ‘broad power to regulate economic activity’ ‘could not justify a complete prohibition against a nonviolent, politically motivated boycott designed to force governmental and economic change’.”

Texas Attorney General Ken Paxton is supporting the legal arguments of three attorneys who sued the State Bar of Texas alleging it violated their rights by spending part of their mandatory dues for political and ideological speech.

Paxton’s office filed an amicus brief Friday in the case, McDonald v. Longley, that said the Texas bar is violating its members rights by compelling their financial support for those alleged activities without first getting affirmative consent. The brief said there’s no justification for the bar to force attorneys to fund such activity through mandatory dues. Paxton urged the court to grant the plaintiffs’ motion for partial summary judgment on liability. . . .

McDonald is progressing, along with cases in North Dakota, Oklahoma and Oregon in which lawyers have made similar claims, relying on a 2018 U.S. Supreme Court case, Janus v. AFSCME, that ruled that public sector nonunion workers cannot be required to pay union dues as a condition of employment. 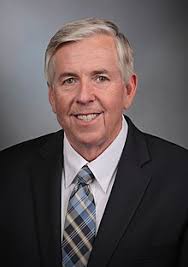 Gov. Mike Parson
This from an article by Jason Hancock in the Kansas City Star:

As state lawmakers continue their push to carve out new exemptions in Missouri’s open records laws, Gov. Mike Parson has seized on a new strategy.

His office is redacting information from public records citing the First Amendment of the U.S. Constitution.

Parson’s approach was greeted with derision by open records experts, each saying they’ve never seen government withhold information from the public by relying on the First Amendment, which protects freedoms of speech, religion, assembly, the press, and the right to petition.

“I do a lot of public records work and talk with people all over the country. I’ve never seen this,” said Adam Marshall, an attorney with the Reporters Committee for Freedom of the Press. “It’s silly. It’s really quite silly. It sounds frankly like someone trying to be cute and cite the First Amendment back to a reporter.”

Former Plymouth State University adjunct professor Nancy Strapko reached a settlement with the university after she was fired for testifying in a criminal proceeding. Plymouth State agreed to pay Strapko $350,000 to avoid a lawsuit over her firing.

Earlier this year, the Foundation for Individual Rights in Education listed Plymouth State as one of its 10 Worst Colleges for Free Speech because of Strapko’s firing and the chilling effect it has on faculty exercising their civic responsibilities.

“Professor Strapko was fired for nothing more than her witness testimony — and that is a blatant violation of her First Amendment rights and a clear violation of Plymouth State’s free speech promises,” said Zach Greenberg, program officer in FIRE’s Individual Rights Defense Program. “Plymouth State disregarded the profound societal importance of ensuring that people with relevant information come forward when called to testify in criminal trials — a civic responsibility that forms the backbone of any functional system of justice.”

Strapko served as an expert witness for former Exeter High School guidance counselor Kristie Torbick, who pleaded guilty to sexually assaulting a 14-year-old student in July 2018. The trial inflamed widespread controversy, with many calling for Plymouth State to punish Strapko for testifying. The university caved to the pressure almost immediately, informing Strapko that “based on the current situation surrounding the letter you submitted to the court in the Kristie Torbick case, you will not be hired again at Plymouth State University.”

Harvard President’s Op-Ed in Response to Being Shouted Down 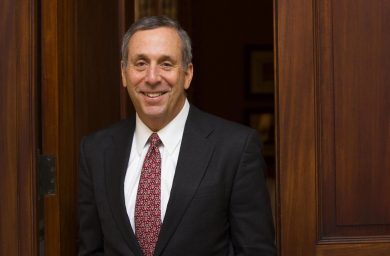 Lawrence Bacow. Credit: Stephanie Mitchell/Harvard University
Early last month the President of Harvard University, Lawrence Bacow, sought to speak on the occasion of the 30th anniversary of the Malcolm Wiener Center for Social Policy. His remarks were disrupted by activists seeking to draw attention to divestment efforts. Activists sat on the stage, blocked the audience’s view with signs, and chanted loudly during the program. In response, President Bacow wrote the following op-ed in the college paper:

Here are a few excerpts: 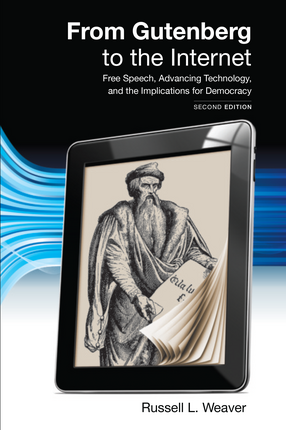 From Gutenberg to the Internet by Russell L. Weaver. Carolina Academic Press.
New Book: Weaver on the Technologies of Free Speech & Their Implications

The history of free expression is inextricably intertwined with advances in speech technology. However, until recently, most forms of communication were limited and controlled by so-called “gatekeepers” who had the power to limit or control the ability of ordinary individuals to communicate with each other.

This new edition explores how then-candidate Donald Trump used the Internet to help fuel his 2016 presidential campaign and also examines such phenomena as “fake news,” Russian interference in the 2016 election, and some of the other problems that the Internet has spawned.