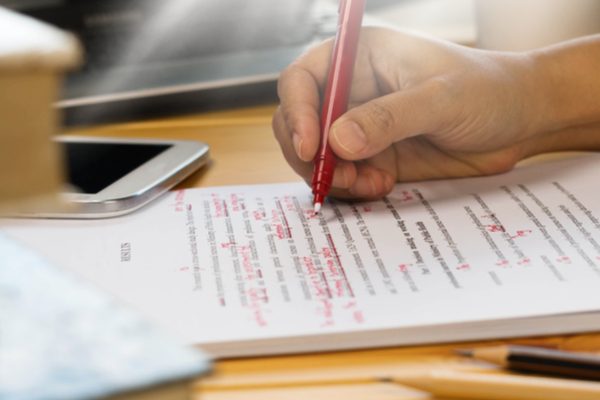 If you have not been keeping track, proposed amendments to the First Amendment and resolutions to do so are stacking up. This time, unlike the effort to amend the Constitution when it came to flag burning, those pushing for constitutional change are from the liberal side of the aisle. The various proposals are set out below:

“The Supreme Court’s decision in Citizens United overturned decades of legal precedent and has enabled billions in dark money to pour into our elections,” Schiff said. “Amending the Constitution is an extraordinary step, but it is the only way to safeguard our democratic process against the threat of unrestrained and anonymous spending by wealthy individuals and corporations. This amendment will restore power to everyday citizens.”

The Amendment makes it clear that the Constitution does not restrict the ability of Congress or the States to propose reasonable content-neutral limitations on campaign contributions and independent expenditures to protect the integrity of our democracy. It is a concise statement of this principle, and provides:

“Nothing in this Constitution shall be construed to forbid Congress or the states from imposing reasonable content-neutral limitations on private campaign contributions or independent election expenditures.”

The Amendment also allows – but does not require – public financing of campaigns when states like Arizona choose to enact such laws. It reads:

“Nor shall this Constitution prevent Congress or the states from enacting systems of public campaign financing, including those designed to restrict the influence of private wealth by offsetting campaign spending or independent expenditures with increased public funding.”

This from Ruthann Robson over at Constitutional Law Prof Blog:

The Court denied certiorari to the Ninth Circuit in Dahne v. Richey with a dissenting opinion by Justice Alito, joined by Justices Thomas and Kavanaugh.  For the dissenters, the question was whether  the First Amendment requires a “prison to entertain a prisoner grievance that contains veiled threats to kill or injure a guard?”

Professor Ruthann Robson
The Ninth Circuit’s Memorandum Opinion did not characterize the prisoner’s grievance as threatening, but instead stated that it included  ‘rude comments about the guard’s weight, including describing her as ‘extremely obese.’ The dissenting opinion from certiorari and the Ninth Circuit opinion both agree that the prison official told the prisoner to rewrite the grievance, which the prisoner did, but did not cure the defects. For the Ninth Circuit, there was a First Amendment violation when the prison official refused to allow the grievance to proceed through the administrative process after the rewrite did not satisfy the official’s “sense of propriety.” For the Ninth Circuit, this meant that functionally only a grievance that conformed to an official’s “personal conception of acceptable content could get meaningful review,” which is “the sort of content-based discrimination that runs contrary to First Amendment protections.”

But for Alito and his fellow dissenting Justices, the defects in the grievance offended more than a personal sense of propriety.

On Monday the Supreme Court denied cert. in 1A Auto, Inc. v. Sullivan. The issues raised in the case were:

→ The Massachusetts high court denied the constitutional challenges in IA Auto, Inc. v. Director of the Office of Campaign and Political Finance (Mass., 2018).

→ Counsel of Record for the Petitioner: Jacob Huebert, senior attorney at the Goldwater Institute. Mr. Huebert was one of the counsels listed in the Petitioner’s cert. petition and merits brief in Janus v. AFSCME (2018).

This from Professor Richard Hasen over at Election Law Blog.

More from Professor Richard Hasen over at Election Law Blog.

The plaintiffs sought a preliminary and permanent injunction preventing the State of South Dakota and from enforcing Initiated Measure 24 (“IM 24”), which was enacted by the South Dakota voters in the 2018 general election. IM24 bans out-of-state contributions to South Dakota ballot question committees. Plaintiffs asserted that IM 24 violated the First and Fourteenth Amendments and the Commerce Clause of the United States Constitution.

Text of law challenged: “Any contribution to a statewide ballot question committee by a person who is not a resident of the state at the time of the contribution, a political committee that is organized outside South Dakota, or an entity that is not filed as an entity with the secretary of state for the four years preceding such contribution is prohibited. If a statewide ballot question committee accepts a contribution prohibited by this section, the secretary of state shall impose a civil penalty equal to two hundred percent of the prohibited contribution after notice and opportunity to be heard pursuant to chapter 1- 26. Any civil penalty collected pursuant to this section shall be deposited into the state general fund.”

Holding: “IM 24 is unconstitutional because it violates First Amendment rights to engage in political speech and to associate with others to fund political speech. IM 24 is also unconstitutional because it violates the Commerce Clause by interfering with the free flow of money between persons or entities from another state and ballot questions committees in South Dakota.” 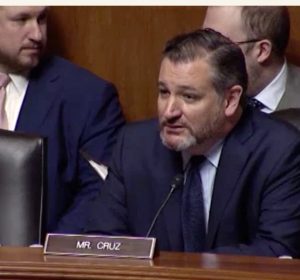 In case you missed it, the video from the Subcommittee on the Constitution’s April 10, 2019 hearing is now available online. The committee was chaired by Senator Ted Cruz (R-TX).

As noted by Ashkhen Kazaryan in the Washington Examiner: “many Republicans claim conservative content is being targeted and silenced by big tech companies. Sen. Ted Cruz, R-Texas, has championed this line of attack, recently holding a Senate Judiciary Committee hearing [on the matter]. Under his . . . interpretation, Section 230 of the Communications Decency Act requires platforms to be ‘neutral’ to enjoy the protection from liability.”  The witnesses and their testimony are listed below.

Bethany Austin was arrested and charged with a felony after she shared with her family and friends some text messages and nude photos of a neighbor who was having an affair with her boyfriend, Matthew Rychlik. Austin had access to Rychlik’s smartphone because the two shared an iCloud account.

The First Amendment protects speech that is “offensive or disagreeable,” but doesn’t protect certain types of speech such as obscenity, true threats, incitements of violence, or public disclosure of private information that is not newsworthy.

On May 13, 2019, Knight Foundation released the report, “Free Expression on College Campuses.”  The press release is excerpted below:

As college students across the United States continue to test the limits and protections of the First Amendment, a new report by College Pulse reveals that students show support for these rights, but are divided on whether it’s more important to promote an inclusive society that welcomes diverse groups or to protect the extremes of free speech. Opinions sharply diverge by gender, race, sexual orientation, political affiliation and religion.

Supported by the John S. and James L. Knight Foundation, the report used a mobile app and web portal to survey 4,407 full-time college students enrolled in four-year degree programs in December 2018. It builds on previous surveys of college students and their views on the First Amendment supported by Knight in 2016 and 2018.

The report showed that more than half (53 percent) of students favor protecting free speech rights, while nearly as many (46 percent) say it’s important to promote an inclusive and welcoming society. At the same time, 58 percent of students said that hate speech should continue to be protected under the First Amendment while 41 percent disagree. The report’s exploration of perceptions by race, gender, sexual orientation and religion further highlight stark differences in student views on these issues.

This from Janet Donovan over at the Georgetown Dish:

The Hugh Hefner Foundation hosted their annual First Amendment Awards in the nation’s capital, showcasing some of the year’s most noteworthy free speech battles and honoring seven individuals for their commitment to upholding First Amendment rights for all Americans. Christie Hefner, Founder and Chairman of the Hugh M. Hefner Foundation, welcomed the 2019 honorees to the stage at the Newseum in Washington, DC.

Hefner, who spoke of the critical need to protect the First Amendment, said: “Challenges to free speech still exist today. Almost every week we see the voices of students censored on campus, newsrooms and journalists under threat of physical assault, and the value of truth a victim of those waging partisan attacks. Now more than ever we should honor those who stand up for our First Amendment rights.”

Abstract: The standard account of the First Amendment presupposes that the Supreme Court has consistently expanded the scope of free speech rights over time. This account holds true in some areas, but not in others. 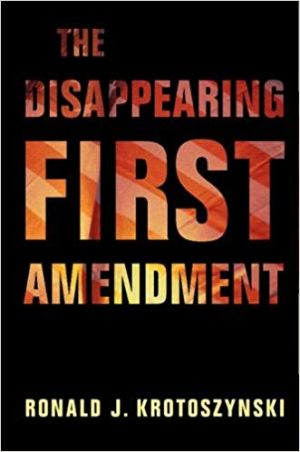 In this illuminating work, Ronald J. Krotoszynski, Jr. acknowledges that the contemporary Supreme Court rigorously enforces the rules against content and viewpoint discrimination for those who possess the wherewithal to speak but when citizens need the government’s assistance to speak – for example, access to public property for protest – free speech rights have declined. Instead of using open-ended balancing tests, the Roberts and Rehnquist Courts have opted for bright line, categorical rules that minimize judicial discretion.

Opportunities for democratic engagement could be enhanced, however, if the federal courts returned to the Warren Court’s balancing approach and vested federal judges with discretionary authority to require government to assist would-be speakers. This book should be read by anyone concerned with free speech and its place in democratic self-government.

In ancient Roman religion and myth, “Janus” is the god of beginnings, transitions, and endings. He is often depicted as having two faces, one looking to the future and one to the past. The Supreme Court’s Janus v. AFSCME case of last term is fittingly named. Stunning in its disregard of principles of stare decisis, the Janus decision marks the end of the post-New Deal compromise with respect to public sector unions and the First Amendment. Looking to the future, Janus lays the groundwork for further attack on labor rights — as well as for a broader erosion of civil society and democracy at the expense of corporate power. In that way, Janus represents an unequivocal transition to what Justice Kagan termed a “weaponized” view of the FirstAmendment among the Court’s majority.

But Janus may also have another, more hopeful, forward-looking face. Ultimately, Janus’s undoing of the compromise that governed union fees for nearly fifty years provides the opportunity for a systematic rethinking of the relationship between labor and the Constitution and, more generally, of the meaning of the First Amendment. The dissenters on the Court gestured at this broader project, but their future-facing efforts were partial and unsatisfying. Instead, they looked backward to Abood v. Detroit Board of Education, a precedent the result of which was tolerable, but the reasoning of which was deeply flawed. Among its problems, Abood helped to lay the groundwork for the current doctrine on compelled speech and for Janus’s protection of a right to exit from democratic institutions. Though stare decisis counseled in favor of maintaining Abood, its demise now opens up space to begin to flesh out what, in this setting, Justice Kagan’s promise of a “First Amendment meant for better things” might look like.

This episode of “So to Speak” is an interview with Wen Fa, “an attorney with the Pacific Legal Foundation who regularly litigates free speech cases. One of his most high-profile cases was the 2018 Supreme Court case Minnesota Voters Alliance v. Mansky, dealing with a polling-place dress code in Minnesota.”