In Tam . . . we did not pause to consider whether the disparagement clause might admit some permissible applications . . . before striking it down. The Court’s finding of viewpoint bias ended the matter. — Justice Elena Kagan

The First Amendment protects the freedom of speech; it does not require the Government to give aid and comfort to those using obscene, vulgar, and profane modes of expression. — Chief Justice John Roberts 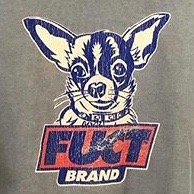 Design from FUCT
This week’s release of five separate opinions in Iancu v. Brunetti (the trademark case) is eye-opening for any variety of reasons. Given the Court’s 8-0 ruling in Matal v. Tam (2017), it is not surprising that the Justices in Iancu voted 9-0 that the Lanham Act’s ban on the registration of “immoral” trademarks was unconstitutional. Beyond that, there is much that is noteworthy including the following four points: 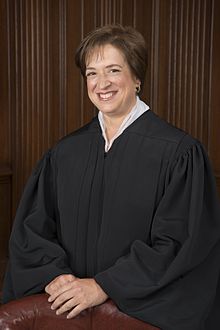 Writing for the majority, Justice Kagan ruled the Lanham Act’s ban on the registration of “immoral” or “scandalous” trademarks violated the First Amendment. To deny Brunetti’s clothing company, FUCT, a trademark for streetwear clothes brands amounted to viewpoint discrimination. The federal ban “distinguishes between two opposed sets of ideas: those aligned with conventional moral standards and those hostile to them; those inducing societal nods of approval and those provoking offense and condemnation. This facial viewpoint bias in the law results in viewpoint discriminatory application.” Justices Thomas, Ginsburg, Alito, Gorsuch, and Kavanaugh joined the majority opinion.

Alito argued Congress could enact a new law that did not discriminate on the basis of viewpoint. Such legislation could ban registration of marks containing terms that “play no real part in the expression of ideas.”

Justice Breyer (concurring in part and dissenting in part)

While Breyer agreed with the majority’s holding that bars on registering “immoral” marks violates the First Amendment, he disagreed with that portion of it that applied to “scandalous” marks. That portion of the federal ban, he argued, is constitutional under the First Amendment since the harm to free speech interests is proportional in light of relevant regulatory objectives. Using this balancing approach, he reasoned that the government’s interest in not promoting or associating with itself with vulgar or obscene speech outweighed the First Amendment harm in not registering a trademark since trademark owners could still use offensive trademarks.

Justice Sotomayor (concurring in part and dissenting in part)

Chief Justice Roberts (concurring in part and dissenting in part)

Roberts agreed that “the ‘immoral’ portion of the provision is not susceptible of a narrowing construction that would eliminate its viewpoint bias.” He also agreed that “regardless of how exactly the trade-mark registration system is best conceived under our precedents—a question we left open in Tam—refusing registration to obscene, vulgar, or profane marks does not offend the First Amendment. Whether such marks can be registered does not affect the extent to which their owners may use them in commerce to identify goods. No speech is being restricted; no one is being punished. The owners of such marks are merely denied certain additional benefits associated with federal trade mark registration.”

My colleague David Hudson and I will soon release a study of the Roberts Court’s 52 First Amendment free expression rulings handed down since 2006. Stay tuned.

In February, Chief Justice John Roberts told students in Nashville that the justices routinely defy standard labels of “conservative” or “liberal” and declared that when it comes to free speech rights, “I’m probably the most aggressive defender of the First Amendment on the court now.”

But while that assertion may have merit in some areas of speech — particularly as Roberts has voted to lift campaign-finance regulations based on the First Amendment — an opposite pattern has developed in the final weeks of the current term….

Late last month in a separate case, Roberts led the court to a ruling that makes it more difficult for people who contend a police officer arrested them in retaliation for protest statements or other free-speech activities to sue the officer. Writing for the majority in Nieves v. Bartlett, Roberts said any arrest would generally be lawful as long as an officer had probable cause — for example, because of aggressive behavior — for the arrest.

Without such protection for police officers, Roberts wrote, “policing certain events like an unruly protest would pose overwhelming litigation risks. Any inartful turn of phrase or perceived slight during a legitimate arrest could land an officer in years of litigation.”

Roberts was also in the majority last week when the justices narrowed the reach of the First Amendment in a public-access television dispute. By a 5-4 vote, the justices ruled that a private non-profit corporation granted a city cable franchise could not be regarded as a “state actor” for constitutional purposes and sued for violating the First Amendment. That case broke along conservative-liberal ideological lines, with Roberts and the other Republican appointees in the majority and the four Democratic justices in dissent.

This book unpacks the tension between free speech and the social justice priority to support all students. Drawing on court cases, institutional policies and procedures, and notable campus practices, this book answers the question: How do campus leaders develop interests of social justice and create a campus that is inclusive and inviting of all identities while also respecting students’ free speech rights? This useful guide provides insights about the myriad of challenges that campus leaders have faced, along with practical approaches to address these issues on their own campuses. Experts Sun and McClellan interrogate the assumptions, thoughts, events, rules, and actions often at-play when free expression clashes with a college’s mission of diversity, inclusion, and social justice. This book helpfully guides campus leaders to consider a series of legal frameworks and promising policies as solutions for balancing social justice and free speech. 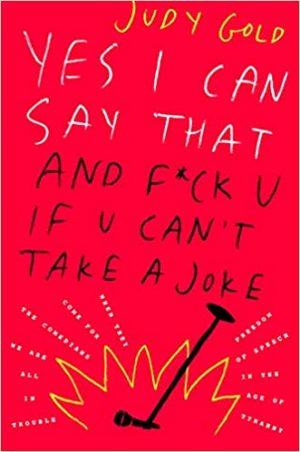 From Mae West and Lenny Bruce to Richard Pryor and Howard Stern to Kathy Griffith and Kevin Hart, comedians have long been under fire for using provocative, often taboo subjects to challenge mores and get a laugh. But in the age of social media, comedians are at greater risk of being silenced, enduring shaming, threats, and damaged careers because of angry, censorious electronic mobs.

But while comedians’ work has often been used to rile up detractors, a new threat has emerged from the left: identity politics and notions like “safetyism” and trigger warnings that are now creating a cultural and political standard that runs perilously close to censorship. From college campuses to the Oscars, comics are being censured for old jokes, long-standing comedy traditions, unfinished bits and old material that instead of being forgotten, go viral.

For comics like Judy Gold, today’s attacks on comics would have Richard Pryor and Lenny Bruce “rolling in their graves.” “No one has the right to tell comics what they can or cannot joke about. Do you tell artists what they can or cannot paint?” she asks. Freedom of speech is fundamental for great stand-up comedy. Humor is the most palatable way to discuss a subversive or taboo topic, but it better be funny. A comic’s observations are deliberately delivered to entertain, provoke, and lead to an exchange of ideas. “We are truth tellers.” More important, the tolerance of free speech is essential for a healthy democracy.

Nunziato on the Internet and the Market Place of Ideas 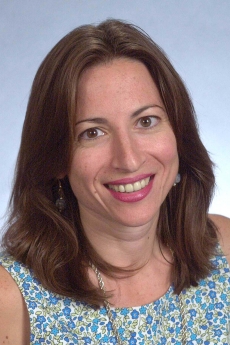 One hundred years ago, in the 1919 case of Abrams v. United States, Justice Oliver Wendell Holmes, Jr. ushered into existence modern First Amendment jurisprudence by introducing the free trade in ideas model of free speech. According to this model, the ultimate good is reached by allowing speakers to engage in the free trade in ideas—free of government intervention in the way of regulation, censorship, or punishment. Ideas must be allowed to compete freely in an unregulated market, and the best ideas will ultimately get accepted by competing with others in this marketplace. As such, government intervention is unnecessary and counterproductive. Thus, instead of punishing the speakers in Abrams—for criticizing the government’s attempts to crush the Russian Revolution and calling for American workers to strike—the government should have taken a hands-off approach and allowed these ideas to compete (and lose) in the marketplace of ideas.

The characteristics of our marketplace(s) of ideas have changed dramatically since 1919, when the Russian immigrants in Abrams threw their leaflets from the fourth floor window of a hat factory in lower Manhattan in an effort to widely disseminate their ideas. Russians are still players in our marketplace of ideas, but today’s marketplace suffers from uniquely modern and challenging problems—such as rampant interference in the form of Russian troll farms mass producing tweets and other widely shared content on social media with the intent and the effect of sabotaging U.S. elections. In addition to the widespread dissemination of false political content from both foreign and domestic sources, today’s online marketplace of ideas is besieged by the increased polarization and siloing of thought and opinion, which renders Holmes’s prescribed remedy for harmful speech—counterspeech—increasingly ineffective.

After a brief detour into the present, we return to Ground Zero of the Enlightenment in 18th century Europe, with this recap of past episodes and a brief overview of the themes and countries to be explored in the upcoming episodes as rationality and secularization sweep the continent turning tradition and authority upside down. Among others we touch upon:

New From The Volokh Conspiracy