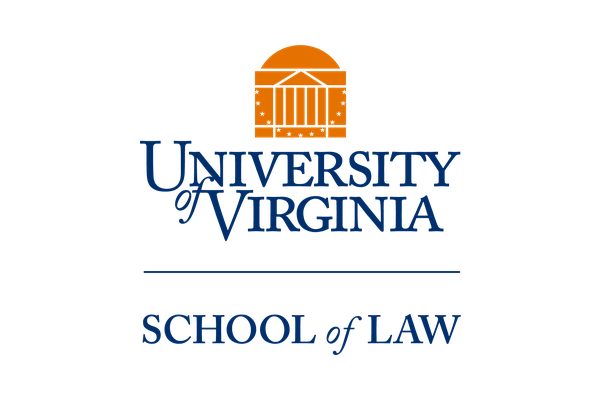 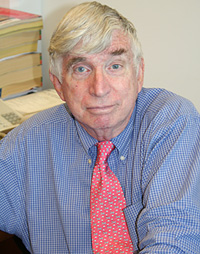 Happily, the work of Robert M. O’Neil (1934-2018) lives on. As many know, Bob was a true defender of free speech—a strong advocate with a gentle touch. He created the Thomas Jefferson Center for the Protection of Free Expression, which now will have a new life, one still committed to defending free speech rights. The mix that made it possible: the University of Virginia School of Law working in tandem with the Reporters Committee for Freedom of the Press. Here is a just-circulated press release:

The Board of Trustees of the Thomas Jefferson Center for the Protection of Free Expression has decided to donate the Center’s assets of over $1 million to relaunch the First Amendment Clinic at the University of Virginia School of Law. The clinic will be taught by attorneys at the Reporters Committee for Freedom of the Press, a national non-profit based in Washington, D.C., that provides free legal services to journalists. The Thomas Jefferson Center’s other activities will be concluded.

The Thomas Jefferson Center is a non-profit, nonpartisan institution in Charlottesville. Its founding director was the late Robert M. O’Neil, former UVA President, Law School professor and longtime director of the First Amendment Clinic. The UVA First Amendment Clinic is one of the oldest of its kind in the country and had been on a brief hiatus.

UVA Law School Dean Risa Goluboff said the school has long been an important center of First Amendment scholarship and clinical education. “The First Amendment Clinic will teach the next generation of lawyers and advocates to advance these crucial values, and we are grateful to the Thomas Jefferson Center for its support,” she said. 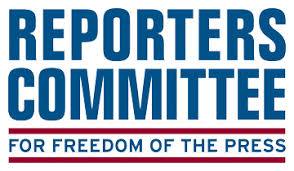 Bruce Brown, executive director of the Reporters Committee and co-director of the Clinic from 2010 to 2017, said, “We are excited to provide crucial needs-based legal help to journalists and documentarians throughout the region. At the same time, we are grateful to the board of the Thomas Jefferson Center for creating new opportunities for us around First Amendment scholarship and educational programming by tying us even more tightly to UVA Law School.”

Founded in 1989 with endowing gifts from Thomas E. Worrell, Jr., his family and other donors, the Thomas Jefferson Center’s programmatic activities were devised by its founding director, Professor O’Neil. They included a wide range of initiatives aimed at deepening public understanding of First Amendment values. For instance, the Thomas Jefferson Center administered the annual Jefferson Muzzles awards, bestowed on government officials and others who had tried to stifle free expression; another award named after the late Justice William F. Brennan, Jr. for distinguished service to the First Amendment; and a partnership with the Ford Foundation called “Difficult Dialogues” about free speech on campus.

The Reporters Committee for Freedom of the Press was founded by leading journalists and media lawyers in 1970 when the nation’s news media faced an unprecedented wave of government subpoenas forcing reporters to name confidential sources. Today, its attorneys provide pro bono legal representation, file “friend-of-the-court” briefs in major media law cases, and produce other legal resources to protect First Amendment freedoms and the newsgathering rights of journalists.

With its rulings in three cases handed down this term, the Roberts Court topped the 50 mark for First Amendment freedom of expression cases. Here are a few highlights from a forthcoming study of the Roberts Court from myself and David Hudson:

There is more, much more, replete with detailed answers and observations.  Stay tuned.  Meanwhile, here are a few more observations re: the Roberts Court and the 2018-2019 term:

And after much docket delay in the wedding cake case out of Oregon (Klein v. Oregon Bureau of Labor and Industries), the Court vacated and remanded it in light of Masterpiece Cakeshop, Ltd. v. Colorado Civil Rights Commission.

PHILADELPHIA, July 1, 2019 — The Foundation for Individual Rights in Education is relaunching its Legal Network, calling on attorneys across the country to join the fight for student and faculty rights.

Two decades after its founding, FIRE receives about 1,000 case submissions a year. While FIRE has helped secure free speech and due process rights for students and faculty nationwide, we are not winning all of these victories alone. The FIRE Legal Network is a nationwide group of attorneys who partner with FIRE in its litigation efforts or take on clients referred by FIRE for cases that require special expertise or additional resources.

“We are incredibly grateful for the time and energy our Legal Network members dedicate to protecting campus community members’ rights,” said Susan Kruth, FIRE’s senior program manager for legal and public advocacy. “They are instrumental in shaping the current legal landscape and ensuring students and faculty members whose rights have been violated will be vindicated.”

Aiming to connect with more attorneys who share the Legal Network members’ talent and commitment to student and faculty rights, FIRE is relaunching its Legal Network program and offering additional resources like legal news updates, conference calls, and networking opportunities.

“FIRE Legal Network members are our greatest partners in forcing colleges and universities to defend unconstitutional speech codes in court,” said FIRE Director of Litigation Marieke Tuthill Beck-Coon. “Colleges and universities can’t ignore FIRE’s lawsuits, and our growing list of successes serves as a reminder to schools across the country that they need to respect student and faculty rights.”

FIRE Legal Network attorneys are behind some of FIRE’s most epic cases and landmark victories. In 2015, after an eight-year legal battle coordinated by FIRE and led by Legal Network member Robert Corn-Revere of Davis Wright Tremaine, Valdosta State University agreed to pay $900,000 to settle a lawsuit brought by former student Hayden Barnes, who was expelled without a hearing for a collage he posted to Facebook protesting a campus building project. In 2017, Legal Network member Arthur Willner of Leader Berkon Colao & Silverstein LLP joined with FIRE attorneys and Los Angeles Pierce College student Kevin Shaw to challenge the miniscule free speech zone at Los Angeles Pierce College. The community college district agreed to revise several speech-restrictive policies and pay $225,000 in attorneys’ fees last year after a ruling in Shaw’s favor by a federal district court.

Attorneys who are interested in joining the FIRE Legal Network are encouraged to fill out the applicationon FIRE’s website. FIRE looks forward to welcoming new members to the battle for student and faculty rights.

As the “endless war” has shifted to the information domain, Congress must enable the United States to fight enemy information warfare while protecting the rights to privacy and freedom of speech and information that Americans hold dear. Fortunately, Congress has had some recent experience crafting legislation to balance national security with these constitutional rights: the Foreign Intelligence Surveillance Act (FISA). FISA, which was initially passed in 1978, was modified significantly after the 9/11 terrorist attacks. The statute is an example of Congress’s attempt to thread the same needle that any response to foreign disinformation campaigns must: allowing surveillance of foreign agents without unduly infringing on the First Amendment rights of U.S. persons (“USPERs”).

This Essay argues that lessons learned from debates over FISA can inform legislation that would balance national security and First Amendment rights in the fight against information warfare. FISA can serve as a framework for balancing the government’s need to access information, that may include USPER First Amendment information, to combat campaigns that threaten USPERs’ Constitutional rights.

New & Notable from The Volokh Conspiracy

Community libraries have always been a target for would-be censors — and the past few months are no exception.

On today’s episode of So to Speak: The Free Speech Podcast, we explore past and present challenges to library content, and the unique role libraries play historically as bastions for free inquiry.

We are joined by James LaRue, an award-winning librarian and the former director of the American Library Association’s Office for Intellectual Freedom and the Freedom to Read Foundation.

After a brief detour into the present, we return to Ground Zero of the Enlightenment in 18th century Europe, with this recap of past episodes and a brief overview of the themes and countries to be explored in the upcoming episodes as rationality and secularization sweep the continent turning tradition and authority upside down. Among others we touch upon: