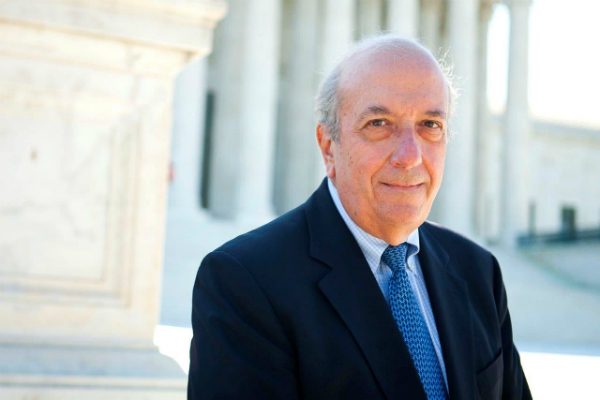 To mark Tony Mauro’s retirement after nearly 40 years of covering the U.S. Supreme Court – half of them with ALM – ALM Media is launching a new award to honor lawyers who zealously advocate for freedom of the press. It will be called the Tony Mauro Media Lawyer Award.

The Tony Mauro Media Lawyer Award will be given at the annual American Lawyer Industry Awards event on December 4. The award will recognize lawyers who, during the year, have taken the lead in protecting press freedom—whether they are litigating for access to court or other government documents and institutions, or defending individual journalists and media organizations. They can be lawyers who protect journalists in all kinds of media, including online outlets, print and broadcast, and student journalists as well. Lawyers who are in private practice as well as non-profits from around the country will be eligible.

“Especially in these times when journalists and media organizations are under broad attack, lawyers are playing an essential role in reminding courts and government leaders about the importance of a robust media industry in our democracy,” Mauro said. “These lawyers deserve to be recognized and I am grateful that with this new award, media lawyers and their crucial advocacy will be celebrated.”

Nominations are invited for potential winners of the award.

→ Please e-mail Tony Mauro at tmauro@alm.com and Gina Passarella at gpassarella@alm.com, Editor-in-Chief of The American Lawyer.