“Defending unpopular positions is what lawyers do.” — Paul Clement

Many know Paul D. Clement as a seasoned Supreme Court litigator with more than 95 arguments in that chamber. Others know him for his many skills as Solicitor General of the United States from 2004-2008.  Still, others know him as a former law clerk to Justice Antonin Scalia (1993–94), when Madsen v. Women’s Health Center, Inc. (1994, Scalia dissenting in part regarding abortion clinic protests) was handed down.

But who knew that Paul Clement had argued First Amendment free expression claims in seven cases before the Roberts Court?

He was also co-counsel in McCutcheon v. Federal Election Commission (2014) (for Petitioner).

Prior to the Roberts Court era, Mr. Clement also argued:

This term, he is counsel of record in no fewer than three First Amendment free expression cases currently pending before the Court:

→ Last term Mr. Clement petitioned the Court to hear a First Amendment case in which the issue raised was whether public school teachers and coaches retain any First Amendment rights when at work and “in the general presence of” students.

Additional First Amendment Cases in which Clement was Counsel of Record

NB: Some of the information set forth above is excerpted from a forthcoming essay, based on extensive research, by Ronald Collins and David Hudson entitled “The Roberts Court: It’s First Amendment Free Expression Jurisprudence — 2006-2019.”

A federal judge on Friday dismissed a lawsuit challenging the state of Maryland’s law banning licensed practitioners from engaging in conversion therapy treatment with minors. . . .

In a 25-page decision, U.S. District Judge Deborah Chasanow ruled that the prohibiting conversion therapy, which is a practice aimed at changing minors’ homosexual orientation, did not violate any constitutionally protected rights.

This from Josh Gerstein over at Politico:

A string of recent court setbacks for news organizations is prompting jitters among First Amendment advocates who fear that it could signal an erosion of the deference press outlets have enjoyed for decades in cases challenging their reporting.

Some legal experts view the rulings as signs that the courts’ view of the media is beginning to change, with more judges embracing the notion that major news outlets are partisan combatants rather than engaged in a dispassionate search for the truth.

This from David Hudson over at The Free Speech Center at MTSU:

The Tennessee Billboard Act and its selective treatment of on-premises signs violates the First Amendment, a federal appeals court panel has ruled.

The Tennessee Billboard law contains a so-called “on-premises” exception which allows such signs to be posted with a permit.  An “on-premises” sign is one that is located on the same premises as the activity or property advertised and the purpose of the sign is the identification of services or products at that very location.

William Harold Thomas Jr., the owner of many billboards, had been embroiled in litigation in Tennessee over whether he needed to obtain a permit for a billboard erected in a vacant lot.  For many years, Thomas had a commercial billboard on the lot even though he did not have a state permit.

In 2012, Thomas changed the billboard from a commercial message to a noncommercial one with a patriotic message in support of the 2012 U.S. Olympic Team.  The Tennessee Department of Transportation still maintained that Thomas needed a permit.

In 2013, Thomas sued in federal court, contending that the Billboard Act, and specifically its “on-premises” exception, unconstitutionally restricted his free-speech rights.   A federal district court agreed, reasoning that the only way to determine whether a sign was “on-premises” was to reference the content of the billboard.   The court also held that the law was not narrowly tailored to achieve the billboard’s law purposes.” The Sixth Circuit affirmed.

“The FAKE NEWS media,” Donald Trump has tweeted, “is not my enemy. It is the enemy of the American people.” Never has our free press faced so great a threat. Yet the tension between presidents and journalists is as old as the republic itself. From George Washington to Trump, presidents have quarreled with, attacked, denigrated, and manipulated the fourth estate. 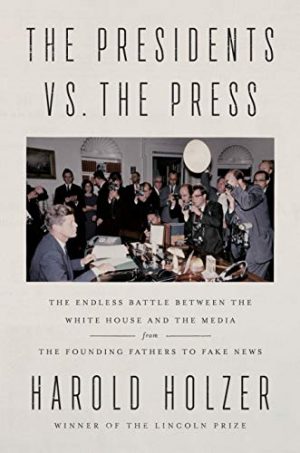 Washington groused about his treatment in the newspapers, but his successor, John Adams, actually wielded his executive power to overturn press freedoms and prosecute critical reporters. Thomas Jefferson tapped a reporter to find dirt on his rival, Alexander Hamilton, only to have the reporter expose his own affair with his slave Sally Hemings. (Jefferson denied the reports out of hand—perhaps the first presidential cry of “fake news.”) Andrew Jackson rewarded loyal newspapers with government contracts; Abraham Lincoln shuttered critical papers and imprisoned their editors without trial. FDR and JFK charmed journalists in order to protect their personal secrets, while Nixon cast the press as a public enemy for daring to investigate his own.

In this remarkable new account, acclaimed scholar Harold Holzer guides readers through the clashes between chief executives and journalists, showing how these battles were waged and won, while girding us for a new fight to protect our nation’s greatest institution: a free and functioning press. 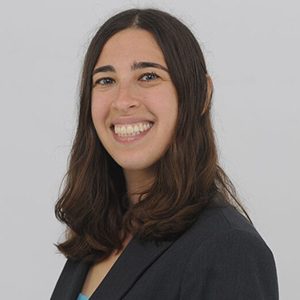