“Is the influence Holmes left transitory? And are we in danger of accepting him too uncritically?” 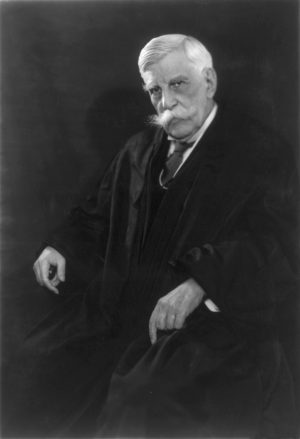 Justice Holmes
It seems that each generation can never get enough of talk about Holmes — be it to praise him or poke at him, to laud his jurisprudence or condemn it, or to exalt or assail his memorable writing style. Since 1942, there have been at least 5,683 biographical pages printed in books, which does not include Stephen Budiansky’s new 600-page biography. And all of this, of course, does not include yet more printed pages in scholarly journals or a vast array of commentaries in books and journals, or collections edited by the likes of Felix Frankfurter. As if that were not enough, it is anniversary time—100 years since Holmes released his landmark dissent in Abrams v. United States (1919).

Professor Thomas Grey dubbed Holmes “the great oracle of American legal thought.” Judge Richard Posner branded him “the most illustrious figure in the history of American Law.” Professor Albert Alschuler was not so effusive. In his book “Law Without Values” (2002) he wrote: “Despite these hosannas to Holmes, a common theme in writing about him is that he was two people—Jekyll-Holmes and Hyde-Holmes.”

Against that backdrop comes a commemorative centennial anniversary event. On Friday, Nov. 8, Columbia Law School will host a conference titled “A Reassessment of Holmes’s ‘Great Dissent.'” Judging from the quotation marks around the words ‘great dissent,’ even that seminal dissent’s greatness may now be called into question. Some of the same skeptical sense of Holmes is suggested in a recent Southern Methodist University Law Review Symposium noted below. Hence, it seems that Max Lerner’s admonition is being taken seriously . . . though he surely would have agreed that Holmes was a “great” jurist. That said, here is the schedule for the Columbia Law conference:

This panel will explore the historical backdrop to Abrams v. United States and the factors—both biographical and intellectual—that informed Holmes’s dissent. How much of a departure did Abrams represent from Holmes’s prior statements about free speech? What traces of his earlier thinking—about free speech and other issues—can be found in Abrams? How did the larger cultural and academic debate about free speech and judicial review influence his dissent?

This panel will examine the justification Holmes offers for the protection of speech in Abrams. What does Holmes mean by truth? How does he envision free speech promoting the search for truth? What is the function and meaning of the marketplace metaphor, and what relevance, if any, does it have for contemporary First Amendment theory and doctrine.

This panel will explore Holmes’s approach to the harms speech can cause. The clear and present danger test, introduced in Schenck v. United States but not fully realized until Abrams, focuses on the temporal nexus between speech and harm. But Holmes left many questions unanswered. What harms can be invoked to limit speech? What is the connection between the danger test and Holmes’s justification for free speech? And what should we make of Holmes’s tolerance for “opinions we loath” and for the attitude of resignation reflected in his later statement that if such opinions “are destined to be accepted by the dominant forces in the community, the only meaning of free speech is that they should be given their chance and have their way?”

In the century since Abrams was decided, First Amendment doctrine has grown exponentially, and the Supreme Court has addressed numerous questions about free speech that Holmes was never asked to resolve. Is money speech? Does the First Amendment protect intentional falsehoods? Does the clear and present danger test apply to “material support” of terrorism? In the interest of bringing a historical perspective to such questions, this panel will analyze a series of modern free speech controversies in light of Holmes’s view of the First Amendment.

The National Press Photographer’s Association (NPPA), the Texas Press Association (TPA), and an independent journalist filed a lawsuit in the United States District Court for the Western District of Texas challenging the constitutionality of a section of Texas law that criminalizes the use of drone film and photography in certain locations.

The state law prohibits a person from piloting a drone above jails, petroleum refineries, sports arenas, among other specified facilities with the “intent to conduct surveillance on the individual or property captured in the image.” The law lists 21 exceptions to this rule, including policing efforts, academics pursuing scholarly research, and use by military personnel, but there are no exemptions in the law for journalists.

The complaint also criticizes the law for failing to provide clear and specific language that would distinguish between protected and unprotected expression. “Section 423.003 prohibits the use of drones with the intent to conduct ‘surveillance,’ but provides no definition for the ‘surveillance’ conduct it proscribes. The lack of any statutory definition leaves journalists, citizens, and law enforcement unable to distinguish legal from illegal conduct, thus exposing those using drones for First Amendment-protected activity to potential prosecution and self-censorship.”

Furthermore, because the Federal Aviation Administration has banned the flying of unmanned aviation vehicles above 400 feet, and the Texas law bans the flying of those same devices below 400 feet, the plaintiffs argue that the Texas regulations amount to ‘a near absolute ban’ on drone use in specified places.

This also from First Amendment Watch:

On September 23, 2019, the United States Court of Appeals for the Sixth Circuit found that the University of Michigan’s Bias Response Team, as well as other policies prohibiting bullying and harassment on campus, stifled speech. In a 2-3 decision, the appeals court reasoned that although the Bias Response Team did not hold punitive power, the group could silence students through intimidation. 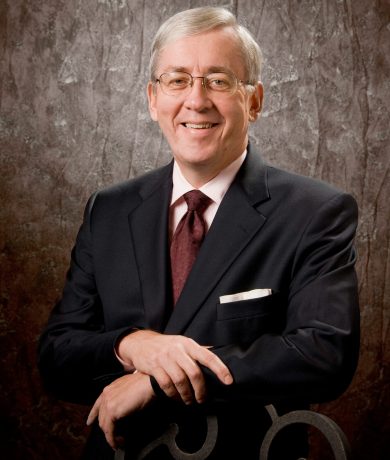 John Samples
This from The Volokh Conspiracy regarding a Cyberlaw Podcast exchange between Stewart Baker and John Samples related to “whether Silicon Valley’ is trying to disadvantage conservative speech and what to do about it.”:

In this episode I cross swords with John Samples of the Cato Institute; we debate whether Silicon Valley’ is trying to disadvantage conservative speech and what to do about it. I accuse him of Panglossian libertarianism; he challenges me to identify any way in which bringing government into the dispute will make things better. I say government is already in it, citing TikTok’s PRC-friendly ‘community standards’ and Silicon Valley’s obeisance to European norms on hate speech and terror incitement.

Disagreeing on how deep the Valley’s bias runs, we agree to put our money where our mouths are: For $50, I take the under and he takes the over on whether Donald J. Trump will last a year after leaving office without being suspended or banned from Twitter.

This from Stroud Payne over at The Red & Black:

Attendees will participate in dynamic, interactive workshops hosted by FIRE staff members covering topics like social media and the First Amendment, threats to student journalism, how to effectively communicate with administrators, and many other issues at the intersection of media and campus life. Students will be equipped with knowledge of the First Amendment, gain skills to protect and celebrate their civil liberties, and develop ideas to implement change on campus.

FIRE’s Regional Conference is free to attend and open to all current students. Meals are included, and FIRE will also pay a stipend of up to $200 for travel costs.

The free communication of ideas and opinions is one of the most precious of the rights of man. Every citizen may, accordingly, speak, write, and print with freedom, but shall be responsible for such abuses of this freedom as shall be defined by law. 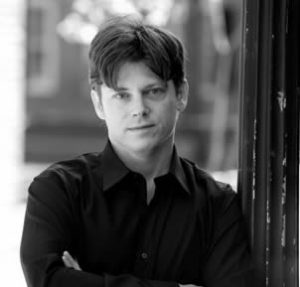 The French Revolution abolished pre-publication censorship and prompted a flood of political publications. But revolutionaries were deeply divided over where to draw the line between the declaration’s celebration of “freedom” and condemnation of “abuse” amidst a public sphere in which populists used increasingly incendiary rhetoric to sow division and discord. Old Regime concepts of honor, calumny, and libel survived the Revolution and evolved to justify the policing of opinions perceived to threaten the order and authority of post-revolutionary France, increasingly divided by competing factions. Ultimately, even liberals like Tom Paine—an ardent defender of the integrity and benevolence of the Revolution—had to succumb to the idea of political suppression as the Reign of Terror claimed thousands of victims condemned for speech crimes.

In this conversation, French Revolution expert Charles Walton sheds light on the evolution of press freedom and suppression during the Revolution. Walton is the director of the Early Modern and Eighteenth Century Centre at the University of Warwick in the U.K., has taught at both Yale University and Paris’ Sciences Po, and is the author of the prize-winning book, “Policing Public Opinion in the French Revolution: The Culture of Calumny and the Problem of Free Speech.”

YouTube: Should You Defend the Free Speech Rights of Neo-Nazis?

→ This from Nadine Strossen speaking on Big Think (discussing, among other things, ACLU defense of Skokie march).