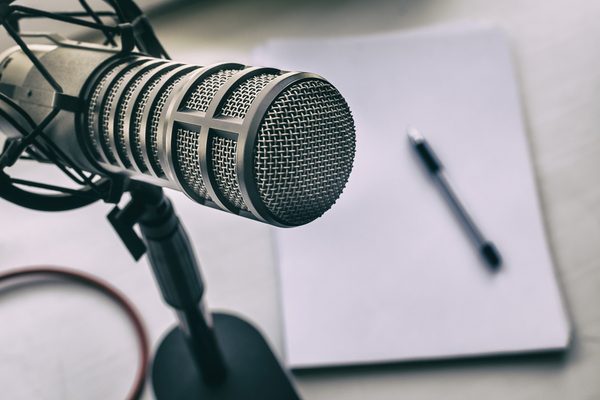 If you’re one of those who enjoy free speech blogs — e.g., So to Speak, Clear & Present Danger, Make No Law, First Five, and Think About It — then take note: There’s a new blog in that audio-digital universe. The series is titled Unprecedented and is hosted by Michael Vuolo and Matthew Schwartz. Abstract: 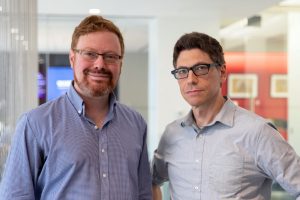 WAMU’s Unprecedented tells the raw and emotional stories of ordinary people who, as they pursued justice all the way to the Supreme Court, defined the limits of our First Amendment rights. In each episode, you will meet the accidental guardians of one our most cherished freedoms: speech. They are war protesters and Ku Klux Klan members, internet trolls and religious zealots. They are Americans who, regardless of their social or political views — or even any awareness of the stakes — have helped us fill in the Constitutional gaps that our Founding Fathers left open to interpretation.

Through captivating interviews with the plaintiffs of precedent-setting cases — many of whom have never been interviewed before — you will learn about your right to be mean, to threaten others or to simply not say anything at all.

Hosted by award-winning radio producers Michael Vuolo and Matthew Schwartz with special appearances by NPR’s Nina Totenberg, Unprecedented will show us how we got here so we can better understand where we’re going. You’ll never think of the Constitution the same way again.

Latest So to Speak Podcast: Interview with Harvey Silverglate

On today’s episode of So to Speak: The Free Speech Podcast, we connect with Silverglate at his office in Cambridge, Mass. to discuss FIRE’s founding, the origins of his interest in campus civil liberties, and what he sees for his creation’s future.

The case is Miller v. Inslee. The issue raised in the case is “[w]hether Washington state’s compelling nonmember providers to accept a private organization as their exclusive representative for dealing with the state over public policy is one of the ‘other contexts’ in which the ‘significant impingement on associational freedoms’ is not tolerated by the First Amendment.”

→ The cert. petition was filed by Milton Chappell and William Messenger of the National Right to Work Legal Defense Foundation.

From March 3, 1919 to November 10, 1919, Justice Oliver Wendell Holmes’s understanding of the First Amendment underwent a transformation. In Schenck, Debs, and Frohwerk, all decided in March 1919, Justice Holmes authored majority opinions that embraced a “bad tendencies” test as the constitutional standard required to regulate – or even proscribe entirely – political speech that includes a call to unlawful action. Although Holmes used the language of a “clear and present danger,” these decisions applied a very deferential standard of review and did not require the government to prove beyond a reasonable doubt the probability of political speech actually inciting unlawful conduct. By way of contrast, however, by November 1919, and his iconic dissent in Abrams, Holmes had experienced a serious change of heart. His Abrams dissent uses the same general test — a clear and present danger of speech causing unlawful conduct — but requires that the harm be both serious and imminent. Absent an imminent risk of serious harm, the government must tolerate hyperbolic political speech that includes exhortations to engage in unlawful, even criminal, conduct (such as calling for the violent overthrow of the federal government). 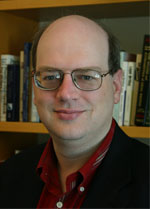 Professor Ronald Krotoszynski
This Essay, part of a symposium marking the 100th anniversary of Schenk and Abrams, traces and explains how Justice Holmes came to change his mind and embrace a robust vision of the First Amendment’s protection of core political speech. At the same time, however, it also critiques the more robust iteration of the clear and present danger test because it does not effectively bar the door to government censorship of unpopular speech on a pretextual basis (a point made with great force by Justices Black and Douglas in Brandenburg). The Abrams/Brandenburg articulation of the clear and present danger test permits judges to sustain government speech bans when the stakes seem sufficiently high — and despite the absence of convincing evidence that the harms sought to be avoided would actually occur in the absence of a speech ban.

Drawing on the iconic work of Professor Vince Blasi, The Clear and Present Dangers of the Clear and Present Danger Test argues that judges should be most vigilant in protecting speech during “pathological” periods, but posits that these are precisely the periods when judges are the least likely to exhibit civic courage. At the end of the day, however, the Abrams dissent’s version of the clear and present danger test may be the best we can hope to do — federal judges read the newspapers too, and when social panic sweeps the nation, it is unrealistic to expect them to wager the nation’s survival to protect speech ‘fraught with death” even absent a compelling showing that “an immediate check is required to save the country.” Absolute protection of even core political speech is probably too much to ask of federal judges — as recent Supreme Court cases adopting and applying a “bad tendencies” approach demonstrate (e.g., Humanitarian Law Project and Morse). Nevertheless, our experiment in democratic self-government will be more vibrant and better capable of securing government accountability reliably if, over the longer term, the Holmes of Abrams prevails over the Holmes of Schenck in the federal courts and also in our national constitutional ethos.

This from David Hudson over at First Amendment Encyclopedia:

An Illinois village’s limitations on the size and location of signs does not violate the First Amendment, a federal appeals court has ruled. The court determined that the ordinance did not violate the First Amendment whether viewed under the U.S. Supreme Court’s content discrimination decision in Reed v. Town of Gilbert (2015) or the traditional test used to evaluate restrictions on commercial speech in Central Hudson Gas & Elec. Corp. v. Public Service Commission (1980).

Downers Grove, Illinois, imposes various restrictions on signs. For example, the village’s code prohibits signs painted directly on walls. The code also imposes a size limitation — 1.5 square feet per linear foot of frontage — on signs. Another provision limits each business to one side unless the business faces both a street and a railroad, in which case it gets an extra sign on the railroad side. . . .

This from the folks over at First Amendment Watch:

Denver’s Police Department has agreed to strengthen First Amendment training for police officers as part of a settlement with The Colorado Independent‘s editor Susan Greene who was handcuffed and detained while recording another person’s arrest. The department has also agreed to pay Greene $50,000 and to update its policies on police bias and seizure of recording devices.

Greene was driving when she saw a group of police officers standing around a naked, handcuffed black man. An investigative reporter with experience covering police violence, Greene pulled over to record the encounter with her iPhone. The two officers on the scene ordered her to stop, citing the naked man’s privacy rights. When Greene refused to stop recording, invoking the First Amendment, the officers seized her phone, handcuffed her, and pushed her into a police car.

Though Greene’s phone was taken from her, the interaction was recorded on one of the officer’s body cameras, which her newspaper later posted on YouTube. According to the The Colorado Independent, the police released her and returned her phone soon after.

The video shows one of the police officers asking Greene to “stand up straight” and “act like a lady” while in the process of handcuffing her.

The 1st, 3rd, 5th, 7th, 9th, and 11th U.S. Circuit Courts of Appeals have all held that the First Amendment protects people who record police officers performing their official duties in public. The courts have agreed that while police may take reasonable steps to maintain safety and control, they cannot order a person to ‘move on’ because that person is recording them.

First Amendment Watch, ConSource, and the John Brademas Center at New York University will co-host a panel discussion entitled, “Hate Speech on Social Media: Is There a Way to a More Civil Discussion?” A book signing by Professor Timothy Zick, author of The First Amendment in the Trump Era, will immediately follow the panel discussion.

The panelists will discuss if social media has facilitated greater freedom of expression and a “marketplace of ideas,” if the government should have a role in regulating content on social media platforms, the available remedies for people who are attacked on social media in the United States and abroad, and advice they would give to individuals on how to handle hate speech directed towards them on social media.